Palm Springs Artist Gary Wexler is Creating His Own Art 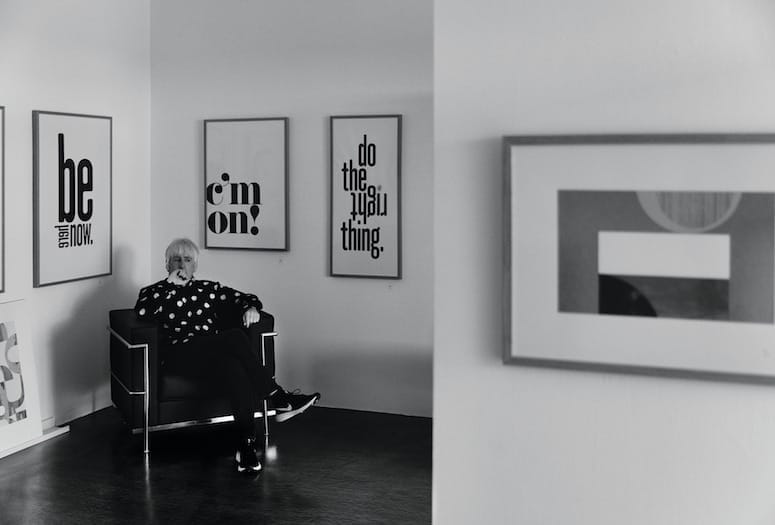 Gary Wexler uses type to isolate its curvaceous forms and to replay pop culture phrases such as “Be Here Now,” “C’mon,” and “Do The Right Thing.”
PHOTOGRAPHS BY AUSTIN HARGRAVE

It’s been about two years since Gary Wexler — the graphic designer who dreamed up fun, colorful identities for desert hot spots such as Lulu California Bistro, Palm Springs Art Museum, and Coda Gallery — untethered himself from his Mac and began creating his own art. Now, he’s laying down his groovy shapes, bright colors, and dramatic type in large-scale screenprints that he shows at Flow Modern in downtown Palm Springs and his studio in the Backstreet Art District on the south end of town.

“I love big-format prints,” says Wexler, who started his career in the 1980s as a teenager creating the signage for his father Donald Wexler’s architectural projects. “With my background, I thought I’d be making digital prints of my artwork, but while I was working at my computer, I had one of those what-the-f*** moments: Why don’t I just learn how to print? I had been thinking about doing something like this for the longest time.

Wexler had a lot to learn — how to prepare and expose screens and manipulate inks, for example — and he wasted no time. He read a variety of books, and then started looking for hands-on instruction with top printers.

“[My wife] Mary and I made a spontaneous trip to London because I discovered a printing co-op, Print Club London, that offered workshops,” he says. “I took this two-day workshop and then I stayed for the rest of the week, working, printing, and learning from the other people there.” 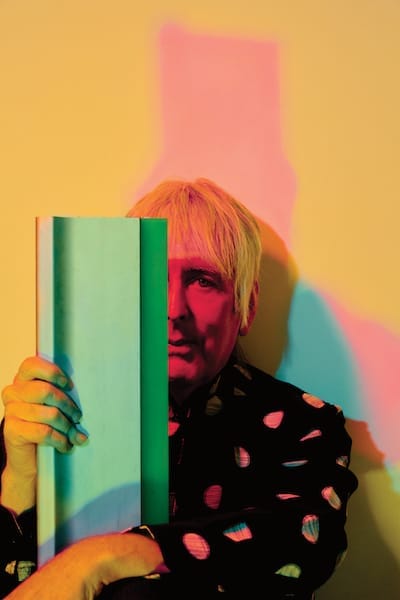 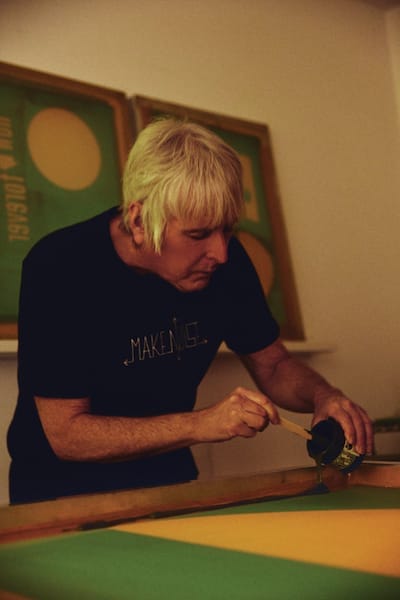 When he pulled his first print, Wexler’s instructor said, “Nice one!” — a phrase the fledgling printer would go on to render in large scale. That experience planted the seed for later experimentation with typography, which distinguished Wexler’s 35 years as a graphic designer.

“I started fixating on the interior shape [of the letters] and deriving a figurative form,” he says, adding that it inspired his “micro-to-macro” motif. “This is crazy because I’m trying to get away from technology, but what I discovered is, after I’d make my prints, I would photograph them with my iPhone, crop them tight, and look at the details. Before I knew it, I was saying, ‘I want to see this as a big print.’

When he started printing, Wexler had hard-edge-style visions of Max Bill and Josef Albers, but quickly realized he’d have to be patient to achieve such precise constructions.

In the meantime, he has become fascinated by the imperfections occurring in his prints — and even finds beauty in them. Wexler transforms his rejects and test sheets into dynamic collages with intersecting and overlapping forms and phrases in different colors and textures.

“Usually, I’ll sit down and try and do something in a very controlled way,” he says. “That’s my graphic design mindset. But in the course of working, random things happen, and I’ve decided to embrace the imperfections.

Wexler’s inspirations run deep, from trippy ’60s Fillmore concert posters to works by artists such as Robert Rauschenberg and Andy Warhol. When Palm Springs Art Museum mounted an exhibition of Warhol prints in 2018, Wexler visited on several occasions to study the work. “I spent so much time looking at the details on those prints,” he says, “trying to figure out the layers and how they were put together.” Warhol inspires Wexler’s play with registration, while Ellsworth Kelly and Bridget Riley fuel his adventures in abstract geometry and op art, respectively. 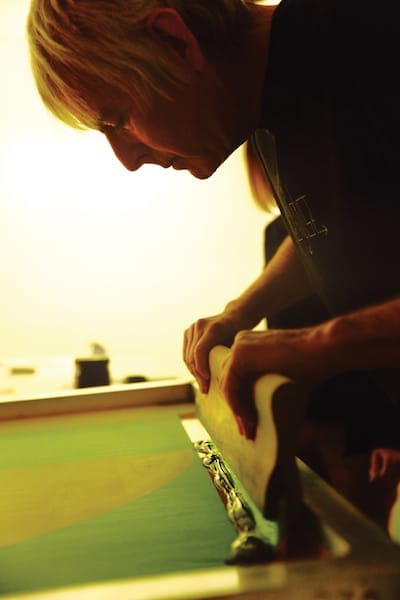 Gary Wexler traveled to London to learn how to prepare and expose screens and manipulate inks to create his prints. 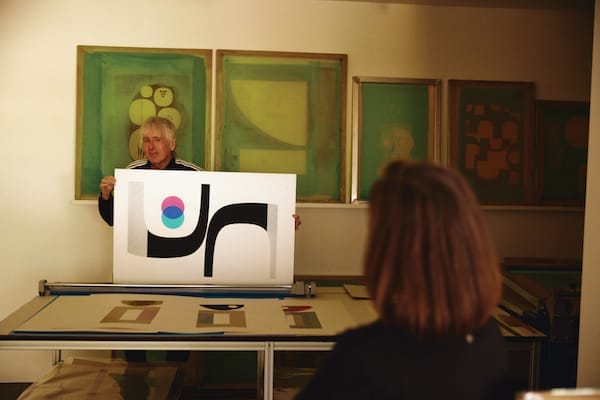 When he created an illustrative still life print of a bowl of fruit composed of geometric shapes, Wexler tested his layering skills to create additional colors. As he tried to make identical screenprints, he realized each one was unique, like a monoprint, because the screen changed slightly with each attempt.

In addition to manipulating typography for its graphic qualities, Wexler deploys it to play with pop-culture catchphrases, such as “Keep On Keeping On” and “Be Here Now,” which one client, a therapist in the Bay Area, purchased to hang in her office. Wexler’s passion for electronic music also surfaces in a few of his prints, including one depicting an old synthesizer with vintage type that he found in an operating manual.

“I love the simplistic drawing of a very complicated instrument,” he explains. “I had fun recomposing it.” Paper size and the high cost of framing sometimes stymie Wexler’s biggest ideas, but he plans to experiment with fabric. “I love the look of old-school wall hangings,” he enthuses. “It can look kind of boho or tribal, but also very modernist and with muted colors. And I can work on a much larger scale that I am right now.” 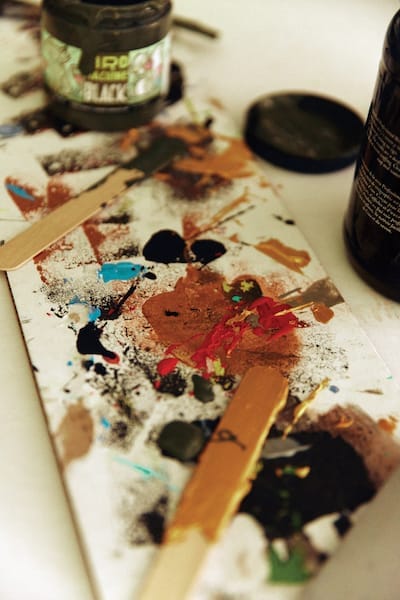 He also plans to honor his father’s work, particularly the exterior wall at Canyon Country Club, in his own. “It’s significant and needs to be recognized as public art,” he says, “so I want to adapt it into a piece.”

Meanwhile, Wexler welcomes guests (with masks) to his studio and gallery, and he might even demonstrate how he used different tools and materials to create the prints hanging on the walls.