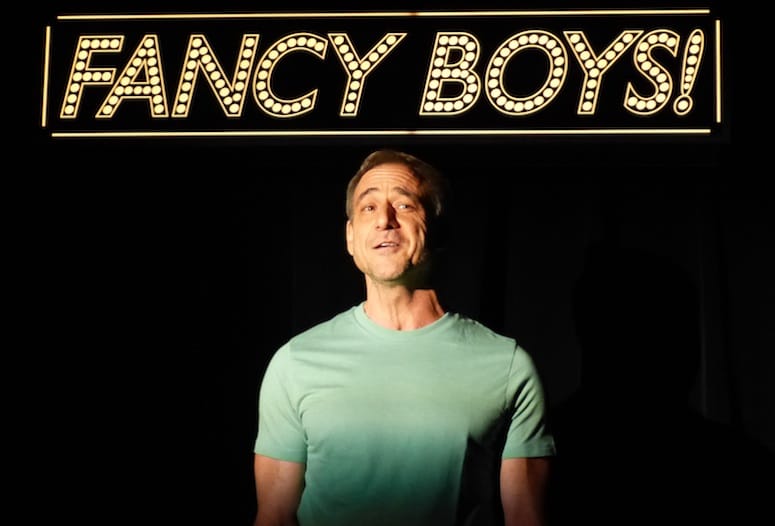 After years of acting, performing voice-overs, and managing theaters throughout Southern California, Jim Strait “retired” to Palm Springs with his partner, Paul Taylor, only to reengage their passion for the arts first working with a local theater then starting their own playhouse together.

“We began as a kind of ‘pop-up’ theater, not really having a structured season in mind,” Strait says. “But our first play was so successful that we built an audience and now have a lasting theater house with about 100 seats."

A true celebration to honor their partnership and all that it includes, Strait and Taylor officially wed last month under the roof of the playhouse they established.

The Desert Rose Playhouse opens its second season with Tom Jacobson’s play, “House of the Rising Son”, set for a five-week run starting Sept. 27 through Oct. 27.

Strait loves the organic process that stems from rehearsals leading up to the real deal.

“I find joy in creating,” he says. “I like to work directly with the actors to include personal or historical references that embellish the material with life experiences. Sharing new ideas makes the story real for everyone.”

“House of the Rising Son” is a rich, gothic southern mystery set in the elegant New Orleans’ French Quarter, and chronicles a young man’s return home bringing his boyfriend to meet his eccentric family. Encountering ghosts, homophobic revelations, and uncovering his dynastic family secrets, the show intrigues as well as entertains.

“This is not just a funny and decadent play,” Strait says. “Underneath the mystery and spooky stuff, there are some very unique ideas that might surprise you. The ground breaking social ideas about gay evolution in society will, definitely, get you thinking.”

“All four actors are excellent and have interesting main characters,” Strait says. “Then they also play cameo characters that insert drama and fun into the mix.”