A-listers love hiding out at Parker Palm Springs, known for its luxury accommodations and oft-photographed modern design by Jonathan Adler. Yet, it all began with a B-list Western actor — Gene Autry, better known as the Singing Cowboy, who appeared in more than 90 films and starred in his own television series in the 1950s.

A sports enthusiast and a baseball player himself, Autry became a Major League broadcaster and eventually a team owner with the 1961 debut of the Los Angeles Angels (later the California Angels, then the Anaheim Angels, and now the Los Angeles Angels of Anaheim). That same year, the entertainer purchased the Palm Springs property where the Parker now sits — originally California’s first Holiday Inn — as a place to house the team during spring training. Autry sold in ’94. 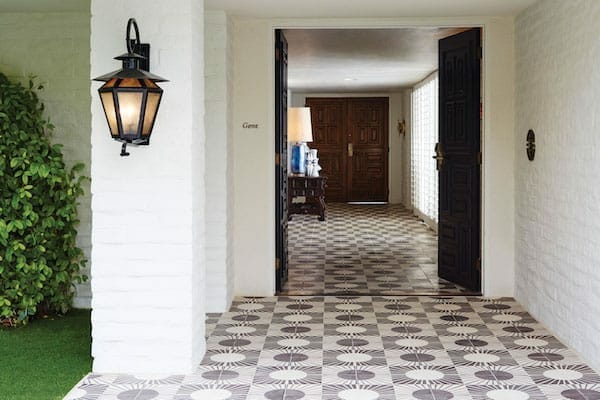 PHOTOGRAPH COURTESY VISIT PALM SPRINGS
Set behind a private gate, with its own front lawn and terrace, the Gene Autry residence is a favorite among the stars.

The hotel changed hands a few times before undergoing a $27 million renovation and becoming the landmark it is today.

Still, the past lingers on: You can rent Autry’s two-bed, two-bath residence, set behind a private gate, with its own movie theater, sauna, and private saline pool. parkerpalmsprings.com

The Parker has a reputation for craft food and drink that rivals its iconic design. If you haven’t dined here, you’ve probably heard about the options: There’s all-day brunch favorite Norma’s, wine bar Counter Reformation, lobby watering hole Mini Bar, and the über-posh Mister Parker’s, which is poised to re-open this fall. But have you heard of Mrs. Parker’s? It's billed by the hotel as “the world’s smallest restaurant.” A reservation here gets you a private table for two by the Gene Autry pool and includes a personal butler and chef. Now, that’s the star treatment.