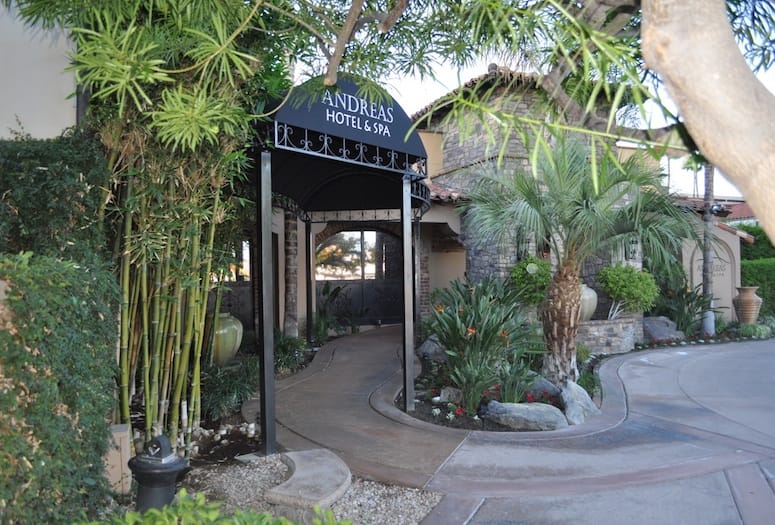 Mamie Van Doren has been a guest of The Andreas Hotel & Spa, nestled nicely in downtown Palm Springs.

Now her place at the historic inn is more permanent.

Born Joan Olander, she was discovered during the “Miss Palm Springs” contest by one of the judges, billionaire Howard Highes, who quickly got her signed by RKO Pictures.

Her place in Palm Springs history is captured within the Mamie Van Doren room in the Andreas Hotel. The room looks out onto Palm Canyon Drive, which she rode a horse down in the 1950s as “Miss Rodeo”.

“I think it might be surprising to someone to see how much history she has here,” says Reggie Cameron of Everydia Creative in Palm Springs. “She was discovered at the Chi Chi when Desi Arnez was playing there.”

She appeared in more than 40 films, including her first major role in The All American with Tony Curtis in 1953. However, she may be best remembered for Untamed Youth in 1957 in which she became the first actress to sing rock ‘n’ roll in an American musical film, according to Wikipedia.

Her blonde hair and sultry looks made studio execs hopeful they had found the next Marilyn Monroe.

The hotel room plays to her sex appeal, and everything in it was personally chosen by Mamie herself.

VIDEO: Take a tour of the Mamie Van Doren suite at The Andreas Hotel & Spa in Palm Springs. Narration by Reggie Cameron.