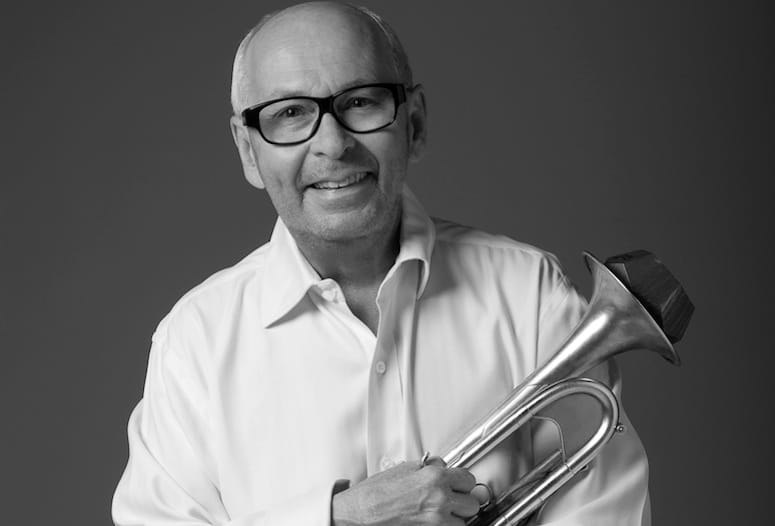 “If you are stuck in quicksand, you are not going to grow”, says Greg Adams, legendary horn arranger and musician.

Greg Adams’ passion for music has kept him engaged since he was 18 years old…in the 1970s. Adams is now 63 years old. His abilities as a trumpeter and horn arranger are legendary, and he is sought after for his writing and composing artistry.

Adams successful career has spanned more than 40 years, and includes helping to found the popular Tower of Power. He has worked with icons in the industry such as Sade (Smooth Operator) and Paul Shaffer (opening theme for The Late Show with David Letterman), created horn arrangements for Celine Dion as well as film scores for “Top Gun,” and teamed with Sr. George Martin on Sgt. Peppers Lonely Heart Club Band.

While it is clear he is not “stuck in a rut,” the Grammy and Emmy-nominated talent simply says, “ I’m a trumpet player. I go til’ I drop. I like to make good music.”

Adams latest musical pursuit is his creation of soulful ensemble, EBS, a high energy band blending funk jazz, R&B and soul comprised of approximately 10 musicians with a combined resume of some of the top talents in pop culture.

The Oct. 5 show will include hits from their latest album, That’s Life…fittingly inspired by desert icon and Hollywood crooner, Frank Sinatra.

“I like to have larger ensembles,” Adams says. “It (EBS) was kind of the crucial invention for an artistical arranger. With a big band I can go back to my roots where I created the sound of the horn section for Tower of Power… but reinvent this big sound and make it more 2015. I wanted to do something more modern. I took my sound and reinvented it and wrote some new contemporary songs and updated the look. I narrowed the lapels on the jacket if you will.”