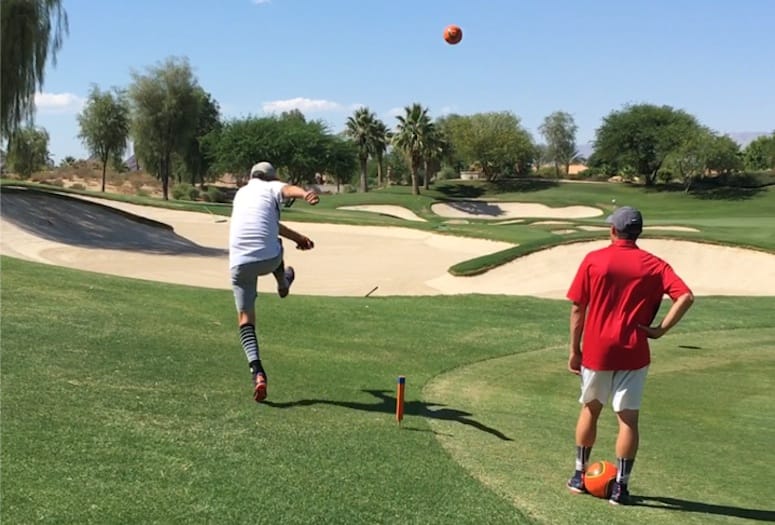 One of the Coachella Valley’s most celebrated venues is ready to kick-off the golf season – literally.

The Arnold Palmer-designed SilverRock Resort in La Quinta, host to the former Bob Hope Classic (now the CareerBuilder Challenge) from 2008-11, debuted FootGolf to its 200-acre spread of Santa Rosa Mountain surrounds in the off-season.

The fast-growing game of FootGolf, a hybrid of soccer and traditional golf, has players kicking their way toward a 21-inch cup and keeping score to par per hole. The domestic game’s governing body, the American FootGolf League (AFGL), makes its headquarters in Palm Springs.

“This past summer, we set up an 18-hole FootGolf course on the front nine of our golf course as a ‘pilot test’ to see how people perceived it,” says Randy Duncan, general manager at SilverRock Resort.

“We were fortunate to have four of the top-ranked FootGolfers in the country come out and play the course, and we got some great feedback from them,” Duncan says. “The country’s No. 1 player said it’s the best FootGolf course he’s ever played.” 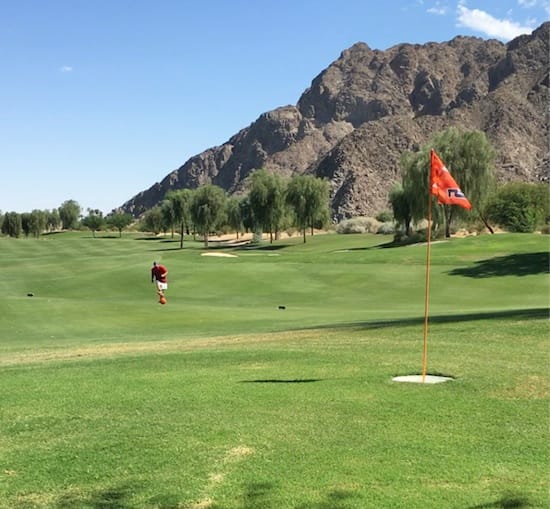 Working in concert with AFGL founder Roberto Balestrini, Duncan laid-out the course with a focus on not disrupting play for traditional golfers, while still creating an engaging layout for FootGolfers.

“In large part, the FootGolf teeing areas and the holes are away from the golf areas, out of play and in the rough,” says Duncan. “So, it’s not going to impact the golfers. And we’re doing it in a way that we’re not putting FootGolfers out with golfers; we’ll have FootGolf rounds after golf rounds, starting after 3 p.m.” 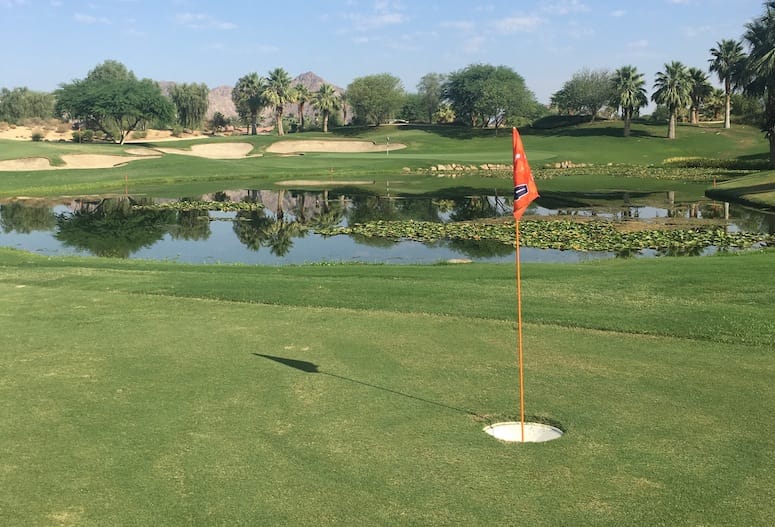 In FootGolf, players kick the ball toward a 21-inch cup.

Now an official AFGL course, SilverRock’s new addition to its 7,578 yards of play and ever-popular SilverRock Grill adds another option of enjoyment for guests.

“FootGolf really is a lot of fun, and the game is a great way for people to come out and experience SilverRock,” Duncan says. “They may not be golfers, but they might like the notion of coming out here to experience the grounds. And, you never know, but it also may be a way for us to help grow more golfers.”