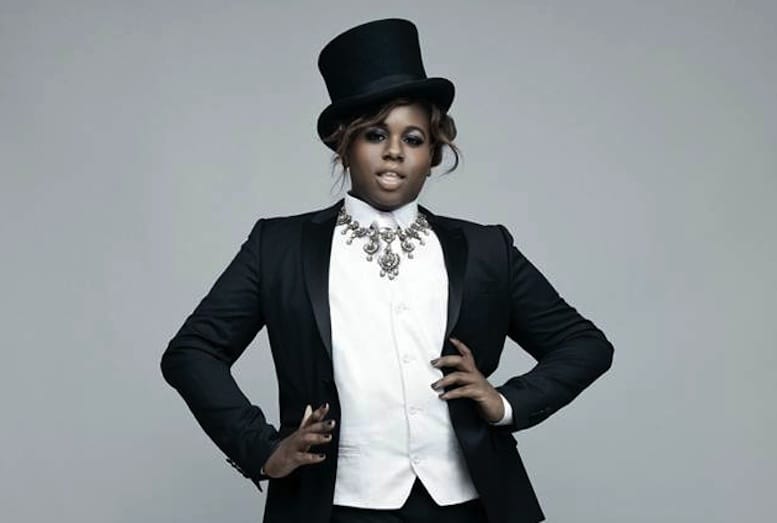 It’s not everyday that a guy sends in a tape to a major television series and ends up landing a life-changing role.

But that’s exactly what happened to singer and actor Alex Newell.

“I grew up singing in the church and then I was involved in musical theater," Newell says. "I’ve been singing my entire life."

Newell will perform at Jeffrey Sanker’s White Party Palm Springs on April 26 at the spectacular Sunday Circus T-Dance set up on a parcel of land across from the Palm Springs Convention Center. He will join headliner LeAnn Rimes and Natalie La Rose plus DJs Ralphi Rosario, Wayne G., and Paul Goodyear. Newell realized his calling to be on stage in high school, and says he surrounded himself in the arts and “dabbled in opera, jazz a capella, chamber, modern, and many other styles of music.”

As his talents grew, he was encouraged to send a self-taped audition to Oxygen Network's show, The Glee Project, a competitive talent show that led to a role on the FOX hit series Glee, which recently concluded its final season on the air.

At the ripe old age of 18, Newell found himself in Los Angeles, portraying a transgender teen, Wade ‘Unique’ Adams.

“It changed my life for the better," he says. "I really hadn’t done anything on camera. It was an absolutely amazing experience.”

In this pivotal role, Newell was able to showcase his strong vocals but he also became a role model and inspiration, raising awareness about the LGBT community.

“The role allowed me to educate people about what the feelings and life of a transgender teen might be, those feelings of ‘I’m different but I’m the same,'" Newell says.

Off-screen, Newell, now 22, is an out gay man, and notes, “I’m not a very closed-book person. I’m very vocal about life and everything I do.”

• “I bake…I know how to make anything from scratch.”

Currently recording an album for Atlantic Records, Newell is also excited to sing the upbeat, feel-good tune, “Collect My Love,” which he has performed with The Knocks. “It’s a good summer dance song where I can ‘scream to Jesus’, sing as high as I want and sing as loud as I can," he says.