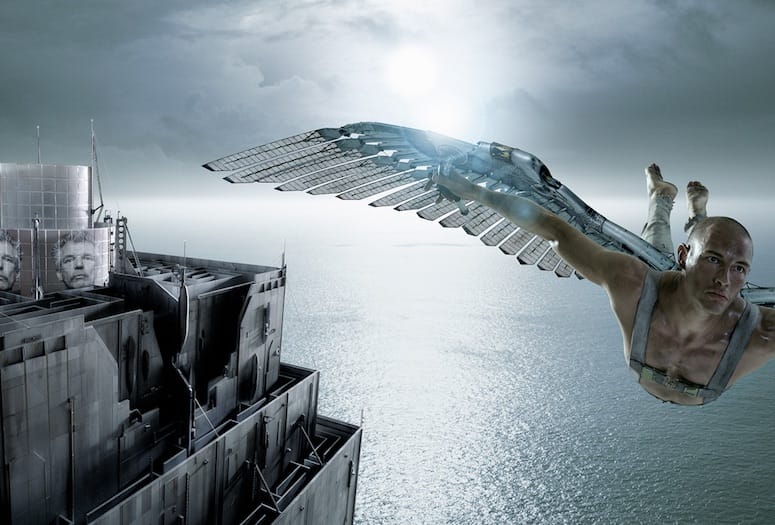 The Flight of Icarus, which depicts a man flying away on handmade wings by Glen Wexler.
PHOTOGRAPHS COURTESY GLEN WEXLER

It’s one thing when you have a famous architect father who casts a long shadow. But it’s quite another thing when you choose another career path and then gain your father’s respect in the end.

“From age 11 to 20, my father and I never saw eye-to-eye on anything,” explains Palm Springs native Glen Wexler, who is known internationally for his elaborately staged digital photo compositions of improbable situations.

His father is the late Donald Wexler, an architectural master of midcentury buildings such as the Dinah Shore house, the Palm Springs International Airport, and the Larson Justice Center.

“Like me, he was obsessed with his work, which at times could be a detriment to our family lives,” Wexler says from his home in the Hollywood Hills. “We struggled with an inherent culture clash; he was of the conservative post-depression era mentality, and I was entrenched in the ’60s counterculture. We were always butting heads.” 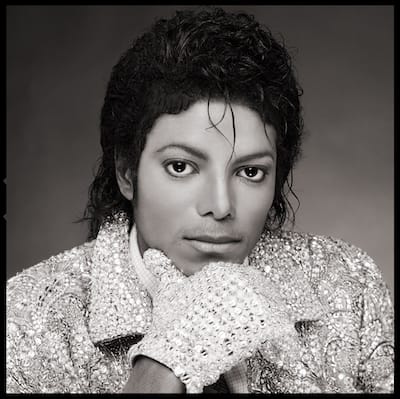 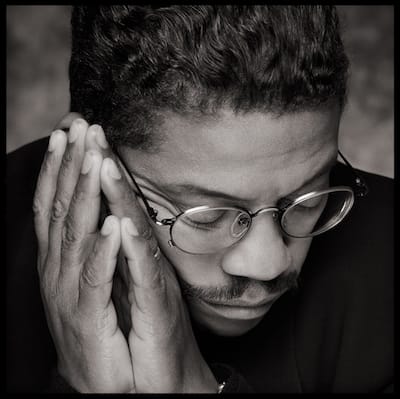 Wexler says his image of musician Herbie Hancock was envisioned days before the shoot.

But it was a chance comment from Donald Wexler’s childhood friend that united the pair. “He told my dad that photographers were ‘a dime a dozen,’ and that he was wasting his money on art school tuition,” says Glen. When he came home over the holidays from the Art Center College of Design in Pasadena, his father asked to see what he was working on, with the full intention of pulling the plug, Glen recalls.

“But when he looked at my portfolio, he could see that we both were pushing boundaries and adding a visual style and voice to the medium,” Glen says.

The elder Wexler had given up the fantasy of this son becoming an architect and following him in the business. “That didn’t pan out, but he could see that we were on a parallel course, and we became closer,” the younger Wexler says. “After that, we talked three times a week about business, balancing art and commerce, family and everything else.”

He’s not the prodigal son coming home to Palm Springs after all of these years. He’s been back many times showing his work and he was a member of the original advisory board of the Palm Springs Photo Festival, where he’s been a teacher and presenter.

Starting May 2 for 10 days, Wexler will show images from his third photography book, The ’80s Portrait Sessions, at Janssen Artspace in Palm Springs. (His second book, the commercially successful, The Secret Life of Cows was printed in 2006, and includes a foreword by Eric Idle of Monty Python). This new 12-inch by 12-inch limited edition book celebrates the 1980s with his black-and-white photos of musicians, celebrity actors, models and even lesser known individuals who contributed either visually or stylistically to the era.

“For example, Castle Bravo was an amazing band with an original member from the Psychedelic Furs and drummer Fred Drake (who later founded the recording studio Rancho De Luna in Joshua Tree) taking part in and recording the influential The Desert Sessions,” Glen recalls. “They were named after the first thermonuclear weapon tests conducted by the U.S. They were doing some great stuff both musically and stylistically, but didn’t make it to the forefront. Unfortunately, they imploded on the verge of signing a major record deal.” 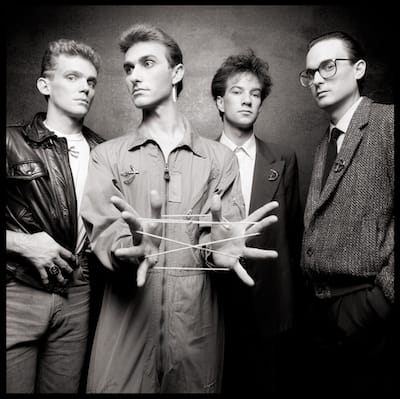 Glen says that he was always interested in both portraits and narrative photography. One of his more well-known examples is The Flight of Icarus, which depicts a man flying away on handmade wings. Wexler takes the fantastic imagery and makes it appear realistic. He also has created photographic logos for the Star Wars Trilogy and Batman Forever.
His approach to photographs is more formal, with a camera mounted on a tripod and in a controlled studio environment.

“Some of my best images came when the guard falls down. In the ’80s, we were shooting on film and taking Polaroids to check the lighting and exposures. Often, that was when the person was most relaxed,” Wexler explains. “So when the best shot was on the Polaroid, I’d chase it down and get the same image on film.”

Wexler says that those intimate shots come from a “shared purpose” between professionals. He’d talk to them but not the entire time. “The way photographers are portrayed in movies is silly, that they have to constantly direct their subjects,” he says. “We’d just have a natural flow of communication leading to an authentic connection. But if I saw something that made sense, I’d direct them that way.”
For every shoot, Wexler already had a preconceived idea of what he wanted. For example, his image of musician Herbie Hancock was envisioned days before the shoot. “I wanted to capture the soulfulness of his hands with his eyes closed. It was a beautiful moment,” Wexler says.

The ’80s Portrait Sessions was launched at Mr Musichead Gallery in Los Angeles, where Wexler says they sold many of the 1,000 limited book run, of which 100 include the deluxe clamshell edition and an exclusive limited edition print of Michael Jackson. The book has 132 pages featuring 63 tritone black-and-white images, and the entire process took about six months from start to finish.

“At this point in my career, I’ve produced a tremendous about of images, so now I’m revisiting different bodies of work for books and exhibitions,” he says. When Donald Wexler was winding down his career, they finally collaborated on a studio addition to Glen Wexler’s home in the Hollywood Hills.
“(My wife Tammy and I) looked for a new home for years, but either it didn’t have what we wanted, or it was too expensive,” Wexler explains. Then he bought the vacant lot next to his home and broached the idea of an addition to his dad. It was doable but different than Wexler’s midcentury modern Palm Springs homes because of the large size and hilly terrain. They had to build vertically and not horizontally, but the glass walls and rooftop deck gave them a precious view of the setting sun.

Now Wexler’s home is up for sale. “We’re empty nesters with 6,000 feet of space,” says Wexler. “We’re scaling back. I’m focusing on personal projects and film direction, and actually thinking of moving back to Palm Springs.” 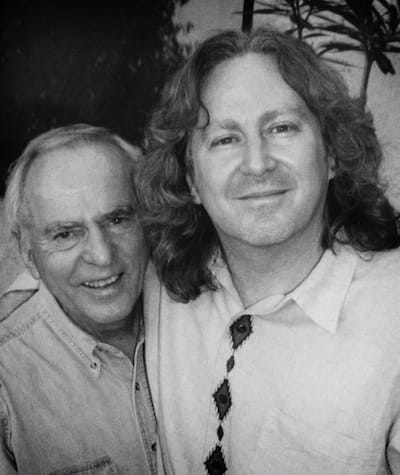 Glen Wexler and his father, Donald.

There’s been a resurgence of the city, not the small town feel it had when Wexler was growing up. “A lot of our LA artist and musician friends are moving to Palm Springs, and I’ll always be a native,” he says.