Gloria Trevi Continues to Set the Pace in Latin Music 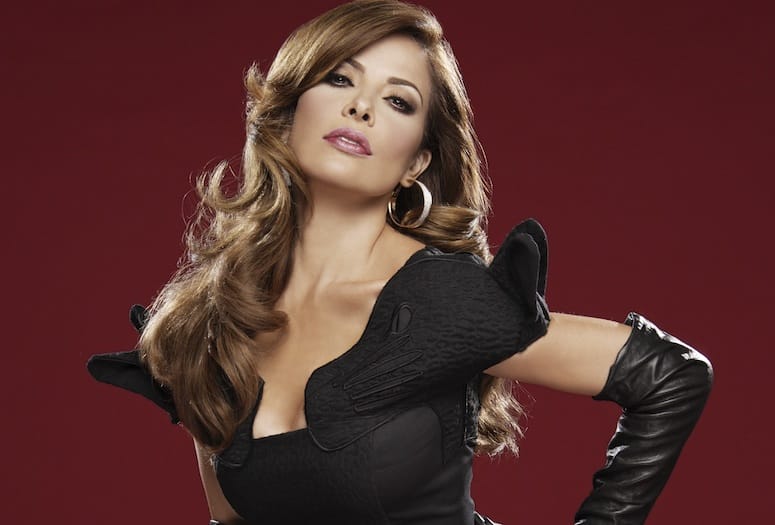 "Every night with Gloria Trevi is better then a night out in Las Vegas but just like in Vegas: what happens with ‘La Trevi’ stays with ‘La Trevi’. So you better be prepared for the 'Hang Over', emotionally speaking…”
– Gloria Trevi on her March 1 show at Fantasy Springs Resort Casino in Indio

For those unfamiliar with this musical phenom, Trevi is a Latin music icon, singer/songwriter known to dazzle on stage and mesmerized her fans with her avante garde style and artistic performances.

She will perform her new show, “De Película” Tour 2014, which carries the name of her most recent album, at Fantasy Springs Resort Casino.

Trevi has adeptly maintained a musical career spanning more than three decades, and her contributions as a performer and composer have had an incredible impact on Latin music. Her revolutionary style of Latin, pop, disco, and rock represent a mix of songs that are very personal and speak to feelings, female empowerment, survival and romantic love.

She explains her ability to balance singing and acting by saying, “The fact is that I am an interpreter that means that when I am singing I involve all emotions, like a good actor does when they are acting. How? Living the songs.”

Trevi has been characterized as “rebellious, fearless, straightforward, and crazy fun,” and her soulful songs bring together the sounds and rhythms representing Latin culture throughout the Americas.

Prior to her international success as a pop star, Trevi, born in Mexico in 1968, pursued her dream of stardom with various gigs including:

It was a few years later that hit single, "¿Qué hago aquí?”, not only topped the Latin charts but gave Trevi the platform to represent a new generation of Latin music. Today, Trevi’s own musical career stakes claim to:

Trevi’s choice of clothing, often torn with wild colors, as well as her perceived risqué attitude, has at times been controversial and earned her nicknames such as "Supreme Diva of Mexican Pop" and the "Mexican Madonna".

To these references, Trevi responds, “Ha ha!! One of those titles is too long but at the same time it’s fun and the other title, I think, is just a way to explain to the Anglo public the influence in the Latin music and the success in my concerts."

She adds, "Madonna and I are very different, and I’d prefer she’d be called the 'American Gloria Trevi', but older… ha ha …just kidding, just kidding. I think it’s cool because (Madonna) is an unforgettable artist; my respects for her.”