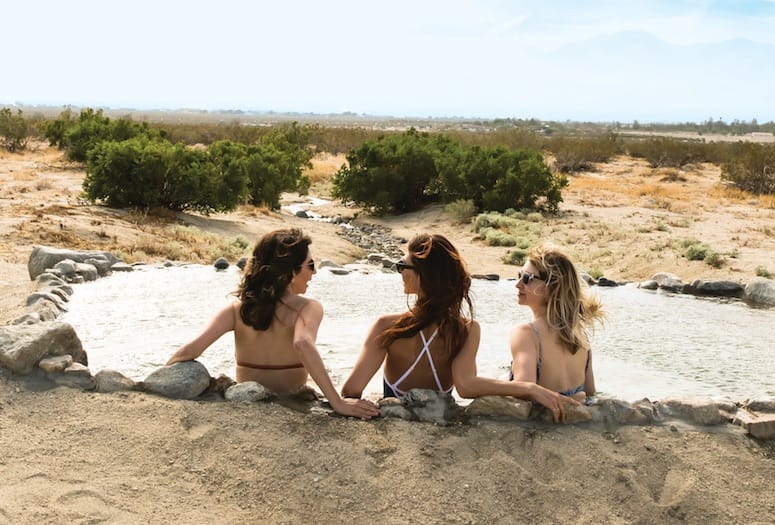 The Cahuilla people were said to have camped in the area during some winters, but the land known now as Desert Hot Springs sat mostly unoccupied until the 1900s.
PHOTOGRAPH BY @BEARLEADERCHRONICLE

Nestled between the San Bernardino and San Jacinto mountains, an open expanse of gusty desert has called to those seeking healing for a century. Beneath its arid surface, an aquifer bubbles with hot and cold mineral waters; the natural hot springs, which can reach 180 degrees, are warmed by geothermal activity occurring thousands of feet below the earth’s surface.

The Cahuilla people were said to have camped in the area during some winters, but the land sat mostly unoccupied until the 1900s. The 1877 Desert Land Act promoted home-steading in barren areas of Western states and Cabot Yerxa was among the first to arrive, settling in 1913 on 160 acres. Upon discovering the aquifers, he dubbed the site Miracle Hill.

By 1941, the population hit 20; Yerxa’s buddy L.W. Coffee named, founded, and began to develop the town of Desert Hot Springs. Spas and boutique hotels popped up in the ’50s, enticing tourists with their curative waters. Today, business is booming thanks to a surge of new development and investments. Meanwhile, the city and its 29,000 residents continue to welcome wanderers seeking to renew and rediscover.

Peeking out of all the chicest designer bags: Gold Flora disposable vape pens. Elegant and ultra-premium, these are the new gold standard in legal cannabis — straight from the company’s state-of-the-art cannabis campus in Desert Hot Springs.

Just like a signature cocktail or fine wine, the Gold Flora flavors that you’ll discover will translate to go-to favorites for every different mood and moment. A Gold Rush “martini” at the piano bar, perhaps; a “sip” of Black Gold while entertaining at home; or a White Gold “light beer” after a round of golf to pair relaxation with pain relief. (Bonus: no carbs or calories!)

Find your favorite at select dispensaries in the Palm Springs area. 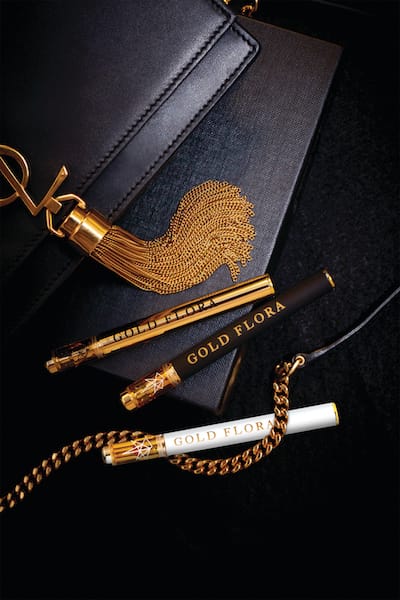