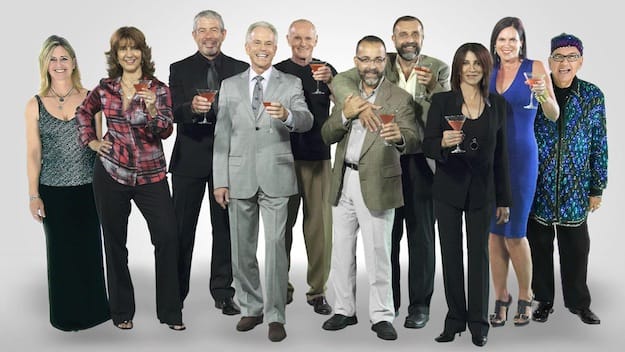 "Golden Gays" takes viewers to a fabulous and hilariously unpredictable community where everyone is either gay, gray, or both.

Guess where that could be. How about Palm Springs.

The brand new original reality TV series "Golden Gays", which premieres with back-to-back episodes at 9 p.m. Friday (March 22) on the Canadian network, Slice, follows a group of outrageously loveable characters during their fabulous mishaps as they ‘retire’ in Palm Springs. The show is filmed entirely in Palm Springs, and is the first television show to target gay seniors.

The parties are legendary, the residents are eccentric and everyone knows a good plastic surgeon. The show tracks some of Palm Springs’ most outrageous and neurotic residents. From an adventurous style writer, to the single vegan lesbian looking for love in all the wrong places, to a burly conservative contractor struggling to open his gay resort, there is always comedy and drama galore.

“This fun series gives us a unique, quirky view into a fun slice of Palm Springs life. Our viewers will love this ‘retired’ gay community,” said Christine Shipton, vice president of original content at Shaw Media.

This series continues Cream’s drive into character-led factual entertainment series. It will expose viewers to a new world of fun and glamour, with a truly unforgettable cast of characters,” said Christopher Rowley, co-founder and executive producer at Cream Productions.

“Golden Gays is a fabulous journey through glamorous Palm Springs and was a blast to make. During production, those so-called ‘old folks’ kept us on our toes. You’ll love their crazy antics,” said Sam Dock, co-executive producer, Golden Gays.