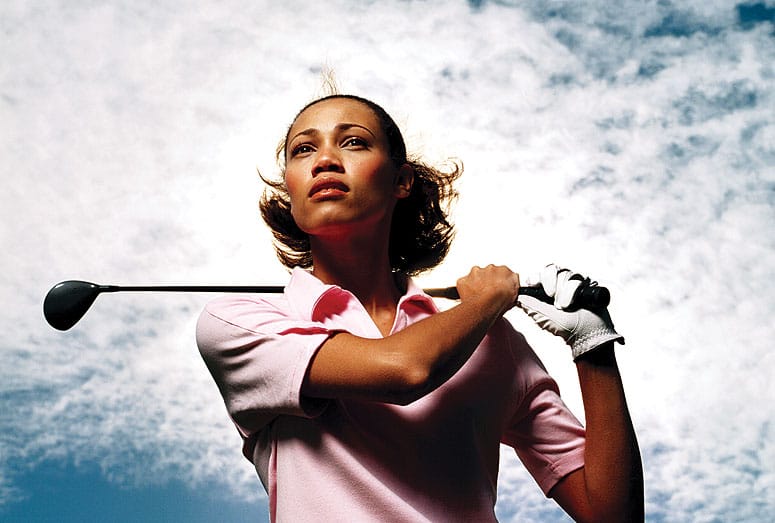 Myth: Golf is an acronym for “Gentlemen only, ladies forbidden.”

FALSE: Its name is reportedly derived from the ancient Dutch word “kolf,” which translates to “club.”  “Gentlemen only, ladies forbidden” became a popular term in the 20th century, as segregation among the sexes — particularly in sports — reached a fever pitch.

FALSE: The comedy I Love You Man takes aim at the stigma attached to many women — that golf is still a man’s sport. Annika Sorenstam, Mickey Wright, and Jiyai Shin (to name a few) have perfected their backswings with superb results. Even Academy Award-winner Natalie Portman showed that she could ace a hole-in-one during a game of miniature golf in No Strings Attached.

FALSE: Golf requires mental celerity, strong legs, upper-body strength, and a steady core. According to the Mayo Clinic, a person weighing 160 pound,. burns 329 calories during an hour of golf play; approximately 400 calories at 200 pounds, and nearly 500 calories at 240 pounds.