Good Grief -- Through sadness, we discover strength to move forward 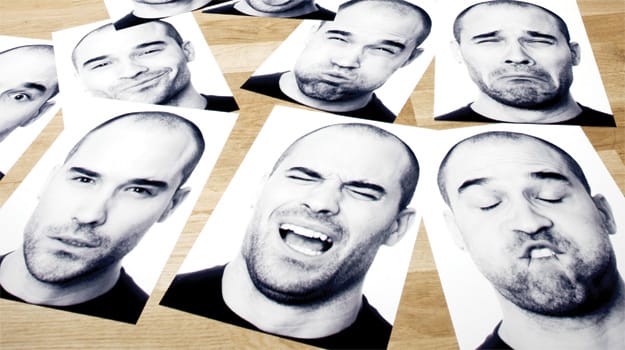 Michelle Palmer’s mother died when Michelle was 5. Her father passed away the summer before her senior year of high school. Michelle was left alone in the Cathedral City house where she grew up, a minor living under the radar of foster care. She skipped classes to make kitchen cutting boards and sold them at College of the Desert Street Fair in order to head off foreclosure on the house.

When you experience a loss, there’s an insane reserve of strength that you have that you don’t know is there,” says Michelle, now 24 and attending the University of California, Davis, with plans to become a veterinarian. “I think everyone has it, but they’re lucky if they don’t have to tap into it. My grief reminds me where I’ve been and how far I’ve come.”

Introduced to Michelle through a counselor at the high school where the former honor student was failing most of her classes, Dr. Virginia Simpson met with the teen once a week. “She looked like a strong, together person, but I knew her story,” says the founder of The Mourning Star Center in Palm Desert. “I was there to show her I wasn’t afraid of what she was going through. [Because] my dad also died when I was a girl, she perceived me as a survivor. I encouraged her to experience her grief and grow from it so she would feel prepared when feelings came up later.”

Simpson, now in private practice, thinks we need to make a place for sadness in our lives, because when we do, grief becomes our teacher. “Grief is too high to get over, too low to get under, and too wide to get around,” she says. “If you look at the times when you’ve picked yourself up and kept going, there are tremendous skills and information from our own lives that we can use to help us through whatever we’re going through now. We’re all survivors — because we’re alive — and we have far more strength than we realize.

“The Mourning Star Center was created as a direct result of my stepson’s death. I realized the only thing I could do to honor his life and deal with my pain was to live better,” Simpson says. “Helping others who are hurting is the best thing we can do to help ourselves.”

A Matter of Time

Readers of Dr. Elisabeth Kübler-Ross’ work are familiar with the stages of grief outlined in her book On Death and Dying, published in 1969: denial and isolation, anger, bargaining, depression, and acceptance. Psychologists, however, caution people not to try to fit their feelings into a rigid format.

“Kübler-Ross’ work was really for the person who was dying, and somehow that got switched to the person who was going through the grief,” says Dr. Julie Madsen, an Indio-based clinical psychologist. “People think that once they’ve gone through each stage, they’re through grieving. That’s just not true.”

Simpson sees grief as a blending of emotions that come and go in phases. “I tell people to pick a grief theory they like if they want that tool; we don’t all grieve alike, so there’s no cookie-cutter theory,” she says. “I like the book Phoenix Phenomenon: Rising From the Ashes of Grief. [Author Joanne Jozefowski] describes the phases of grief as impact, chaos, adaptation, equilibrium, and post-traumatic growth. I think those are applicable to many of us.”

Recent research published in The Journal of the American Medical Association concurs that “stages” put expectations upon people about how they should behave when grieving. Some people go through a full range of stages, some don’t, and some will be in more than one stage at the same time. The Harvard-Yale team of Holly Prigerson and Paul Maciejewski, whose research on this topic appeared in JAMA, concluded that yearning, that sense of heartache most of us have experienced at some point in our lives, is more dominant than sadness after a loss.

People who grieve should know that it’s a normal, not pathological, process. “We make the mistake of trying to numb our feelings with antidepressants,” Madsen says, “when what we really need is to feel the loss, which is eventually replaced by fond memories of our loved one.”

Jo Rosen lost her husband and her mother to Parkinson’s disease. “In 1990 when my husband was diagnosed, there were research and medical organizations, but no place to go for educational and emotional support, so I founded the Parkinson’s Resource Organization [in Palm Desert],” she says. “Michael J. Fox has helped the Parkinson’s community tremendously by being a spokesperson, and he has the positive attitude we encourage,” she says. “Overcoming grief is a process that takes time, but it helps to surround yourself with happy, motivating people.”

Pamela Jones-VanderNagel, a clinical oncology social worker at the Lucy Curci Cancer Center in Rancho Mirage, works with people who have been recently diagnosed with cancer. She says patients who hone their survival skills early on have a much better outcome psychologically.

“It’s very American to say, ‘At least I have my health.’ But when you lose good health, it undermines your problem-solving and coping skills,” she says. “People fear the process of the disease, of losing abilities, and of what they call ‘the Big F’: fatigue. My task in our [support] groups is to find out what patients need to talk about, not necessarily what they’re comfortable talking about. They just want their illness to be over, but they must do the work to get through the grief first. I help them separate their feelings from the rest of reality. You can feel sad, but that doesn’t mean everything around you is sad.”

Jones-VanderNagel says that the one time impatience is a virtue is when it helps move cancer patients past the victim role. “I tell them not to get comfortable there. When a patient can move beyond it into survival mode, it’s a stunning, crystallized moment to witness. They have gone from the mental attitude of ‘victim’ to ‘survivor.’ And I know at that point they’re going to make it.”

A Palm Springs resident who had an upper-management position with a building trades company was laid off in September and now works part-time as a contract employee with his former employer — but has no job security or title. “I feel like an outsider looking in,” he says. “The hard part is the anticipation about what’s next and about not knowing what my future holds.”

However, Smith has found security through friendships and appreciates it when people tell him everything will work out. “I am involved and network with a professional group locally, I keep active physically, and I wake up and consciously decide each day to stay positive,” he says.

“People are traumatized by today’s economy, which causes them to focus narrowly and forget the big picture,” Simpson says. “You must force yourself to look beyond and to also look back at the times you’ve fallen or failed before and were able to get back up and move forward.

“The support system is the most important factor,” Simpson says. “And most people have families and friends who will embrace and validate what they’re going through.”

Those who are grieving also need to understand the survival skill of having faith that things will improve. “The opposite of faith is fear,” Simpson says. “Anger and sadness during the grief process are really fear in disguise. Fear freezes us so that we can’t move. But the spirit rises to the most amazing place if you don’t narrow your focus to all about what’s wrong. If things are down, whether it’s the economy or your mood, they always come back up.”

Michelle Palmer didn’t have strong family support at 17, but she could look back on her father’s love and his emotional strength after her mom died. Those memories keep moving her toward her future. “Grief has been my enemy and it’s been my best friend. It can sneak up on me and knock me off my feet sometimes,” she says, “but I know I have the strength to get back up. On good days, it reminds me of how much I’ve accomplished and what I’m capable of doing.”

Don’t Let Death Ruin Your Life: A Practical Guide to Reclaiming Happiness After the Death of a Loved One (Diane Pub. Co. 2004) by Jill Brooke

The Phoenix Phenomenon: Rising From the Ashes of Grief (Jason Aronson 1999) by Joanne Jozefowski

Always Looking Up: The Adventures of an Incurable Optimist (Hyperion 2009) by Michael J. Fox