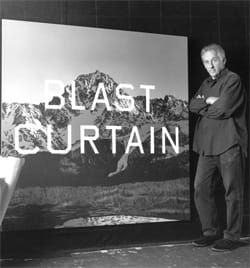 Oddballs, hedonists, rebels, free spirits, and narcissists — artists who ply their trade in Southern California have been labeled this way and worse, often by an envious New York establishment that has long enjoyed and profited from the creative energy that permeates Los Angeles and its sprawling suburbs.

Tortured efforts to define their art reached a fever pitch last spring, when Centre Pompidou in Paris opened Los Angeles 1955-1985: The Birth of an Artistic Capital. The chronological survey of 350 works by 87 artists — the largest exhibition of works by L.A. artists ever as-sembled — showcased paintings, sculptures, and assemblages in the Pop, Conceptual, video, and performance art movements. It drew 300,000 visitors and, at the same time, set off a maelstrom among critics, artists, dealers, and collectors (mostly) in Southern California.

Curator Catherine Grenier selected some of the era’s most successful and influential artists: Ed Ruscha, David Hockney, Bruce Nauman, John Baldessari, Paul McCarthy, Mike Kelley, and Sam Francis. But the exhibition could hardly be considered comprehensive because she selected pieces that often did not represent the artists’ best work and omitted too many important artists, such as painters Helen Lundeberg, Charles Garabedian, and Charles Arnoldi, sculptor Robert Graham, and ceramicist Peter Voulkos.

If not for the inclusion of Kenneth Price, Grenier could have argued that she left out Voulkos because he emerged from the studio crafts movement. (Never mind that he was lionized as the father of contemporary ceramic sculpture for his magnificent wheel-thrown vessels and muscular, monolithic abstract constructions.)
“For me, it was painful when I first heard,” Arnoldi says of learning he was among the artists left out.

“Meanwhile, there were 15 or 20 names I didn’t recognize and others who didn’t really play a part in the years they talked about. Unfortunately, this is typical — one of those things you can’t control.”

In a survey exhibition, you have to stop and draw the line somewhere. But Grenier eventually conceded to the Los Angeles Times, “I chose to make a large selection of artists, but I now see that for each generation I missed some interesting artists. That’s normal in an exhibition; it’s only examples.”

One unforgivable omission, however, was Ed Keinholz’s seminal Backseat Dodge ’38, a narrative assemblage of found objects depicting lovers in a sex act amid empty beer bottles. The iconic piece — Edward Goldman called it L.A.’s Mona Lisa on his KCRW radio show Art Talk — was so controversial in 1964 that police closed Los Angeles County Museum of Art on an indecency charge.

“Ultimately, [the Paris show] is good for everybody [in California art],” says Peter Alexander, whose untitled 1971 black resin bar was mishandled and destroyed the day it was hung for Los Angeles 1955-1985. The press the incident received gave Alexander a running start for Dive, his solo show of new paintings at Santa Monica’s Craig Krull Gallery, which — capitalizing on the attention — included one of the artist’s early Minimalist/Finish Fetish resin pieces.

The show in Paris is also stimulating anticipation for two local exhibitions in March at Imago Galleries and Edenhurst Gallery. “It was a long time coming,” says Imago Owner/Director Leisa Austin. “With the level of maturity of the work, it was bound to happen. It was well-deserved, and I was thrilled by it.”

That should come as little surprise, considering that Imago’s group show, Left Coast Artists, will feature at least eight artists who were selected for the Paris exhibition — Ruscha, Price, Alexander (whose destroyed work was replaced at Centre Pompidou), Larry Bell, Billy Al Bengston, Tony Berlant, Joe Goode, and Ed Moses — as well as Arnoldi and Graham.

Ruscha — whose iconic 20th Century Fox painting Large Trademark with Eight Spotlights, the 66.5 x 133-inch oil on canvas executed in 1962 that opened the Paris show — has represented the United States twice (1970 and 2005) at the Venice Biennale, widely considered the world’s most important art show. Incidentally, he and Dennis Hopper — whose dashboard photograph Double Standard (1962) was the Paris show’s marquee promotional image — will be honored in March with architect Frank Gehry at Palm Springs Art Museum’s Artists & Legends Gala.

Edenhurst Gallery, nationally known for its expertise in American and early California Impressionism, introduced modern and contemporary art last year and will feature photographer John Divola, who was among the artists who represented Los Angeles in Paris, as well as sculptor Claire Falkenstein and ceramicist Paul Soldner, one of Voulkos’ two most important students. (John Mason was the other.) They were all around the same age; Soldner, three years older than his late teacher, pioneered American raku and low-temperature salt firing.

In conjunction with these works, Edenhurst will mount California: Impressionism to Modernism, exhibiting important works from the first half of the century. It demonstrates that, historically, California stole New York’s thunder long before Abstract Expressionism by luring great Impressionists to California’s sun-drenched coast. At the Modern end of this installation appears a dynamic painting by Hans Burkhardt, a Swiss expatriate who in 1937 moved to Los Angeles from New York (where he lived with Arshile Gorky) and created an extensive body of semiabstract work that responded to the violence of war. “Burkhardt is one of the most important American painters of the 20th century,” dealer Jack Rutberg, namesake of a gallery on La Brea Avenue in Los Angeles, recently told the Los Angeles Times.

The daring Burkhart and his contemporaries paved the way for artists with an individual point of view. Much L.A. art of the time covered by the show in Paris was politically charged and even demonstrated California’s prophetic social activity — especially the feminist entries by Judy Chicago and Eleanor Antin. “There were few creators in the city who did not react in one work or another to the social or political context,” Grenier observed.

But it took generations for New York — and ultimately Europe — to understand and embrace California, especially Los Angeles, in a significant way. That Los Angeles had to wait until 2006 for a show like the one in Paris bespeaks a widespread stubbornness of the art world at large to recognize the city that was first to exhibit Andy Warhol’s iconic Campbell’s Soup can paintings (at Irving Blum’s Ferus Gallery in 1964) and the launching pad for the way-too-serious magazine Artforum.

“The fixation on reality via physical, intellectual, or spiritual ex-periment that characterized L.A. artists put them at a far remove from the concerns of their chief New York contemporaries and, in particular, from the latter’s practical and theoretical attachment to art’s past,” Grenier wrote.

“New York is very attached to Europe,” says Arnoldi, who will show examples of his stick constructions and paintings at Imago Galleries. “The West Coast is kind of a frontier. California has this unbelievable freedom. You make art as much from the gut as anything and get something that’s different from New York, although you run the risk of being ignored.”

Arnoldi has encountered little ignorance, landing his first solo show in New York at Robert Elkon Gallery in 1978. And, since 1985, Charles Cowles Gallery has represented him in New York.

“California is competitive, too,” the artist says. “But it is different; it’s noncombative. People [here] have a vision and pursue it because it comes from within. We have a lot of Light and Space artists.”

One of them was L.A. native Alexander, who unlike Ruscha (Oklahoma), Hockney (England), and other international superstars who called Southern California home, was long in tune with the area’s artistically stimulating qualities. Working in the Light and Space/Finish Fetish movement, Alexander considers himself “ a product of the enormous optimism that we had in the ’60s,” he says. “No one was looking over your shoulder, like they do in New York.

“Many L.A. artists went to New York because that’s where there was power, press, and money,” he continues. “I never understood why they did this. [Being a California artist] is about a whole sensibility. The impetus of what I do is about responding to this ambrosia of California.”

Indeed, Alexander’s fascination with light, space, water, and the twinkling lights of Los Angeles at night have permeated his artistic vision since he watched a meteor shower over the beach as a kid.

In Grenier’s exhibition catalog essay, “Experimental City,” the curator wrote, “Los Angeles was notably a terrain for insatiable experimentation drawing on cutting-edge scientific and technical research, examples including the ‘Art and Technology’ project, the work on the physics of artificial light by [James] Turrell, [Doug] Wheeler, and others, and chemical investigation of varnishes and polycarbonates by Bengston, [Craig] Kauffman, and Alexander. … Movies were another rich source of experimentation for artists. … Nowhere else was performance art pushed so far … so much contact and crossover between art, theater, poetry, and music.”

Another distinguishing quality of West Coast artists is their desire to share their knowledge at Southern California’s many art schools, which powered the Paris exhibition. Alexander, Baldessari, Bengston, Divola, McCarthy, Moses, Ruscha, Price, Chris Burden, Chicago, Vija Celmins, Raymond Pettibon, Betyse Saar, and many others are alumni and/or professors at Otis, Chouinard, UCLA, and California Institute of the Arts.

Many of these artists — and more — will offer the Coachella Valley a museum-quality experience in two galleries. “The show at Imago will be great because it has intellectual density that most gallery shows don’t,” Alexander says. And Edenhurst provides a deeper context of how the contemporary art of Los Angeles fits into the larger story of California art.