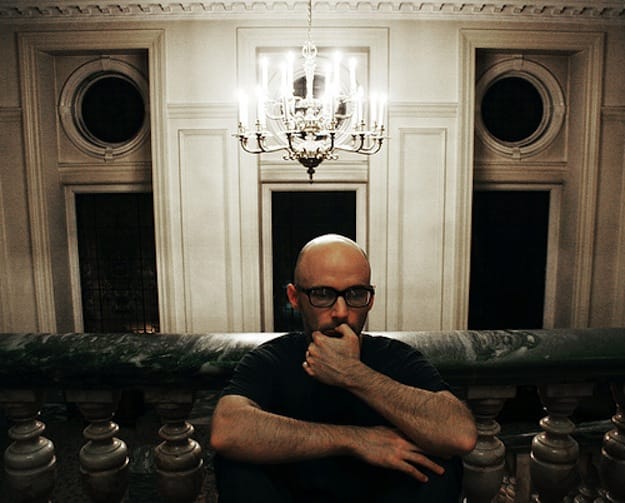 This poolside panel discussion is happening from 2-3 p.m. Feb. 23 at The Ace Hotel (The Commune), 701 E. Palm Canyon Drive, in Palm Springs. Admission is $20 per person, and tickets can be purchased online at www.modernismweek.com.

Moby has had a lifelong interest in architecture and photography. After he moved to Los Angeles, he became fascinated with what he calls the “strangeness and the randomness” of L.A. architecture. Comparing the architecture there to New York and other cities, Moby believes  L.A.  has "great hidden architecture, and it’s weird,” which led him to create The Moby Los Angeles Architecture Blog.

Featuring photographs of buildings taken on his wanderings, with pithy, idiosyncratic design observations in lowercase free verse, Moby's blog has garnered attention from The Los Angeles Times, Flavorpill, MARK, and Curbed. Moby recently presented his own photography at galleries worldwide to critical acclaim, including a recent acquisition by LACMA. He was a student of film and photography at SUNY Purchase, and carries a camera wherever he goes.

Moby’s records have sold more than 20 million copies worldwide, and he has produced and remixed music for scores of other artists, including David Bowie, Metallica, the Beastie Boys, and Public Enemy, among others. His remix work on "Lie DownIn Darkeness" by Photek Remix earned a nomination at the recent Grammy Awards.

He is also an Artistic Advisory board member for ISSUE Project Room and an advocate for a variety of charities, including the Humane Society and the Institute for Music and Neurologic Function.

Anderton is the host of DnA: Design and Architecture, which airs monthly on KCRW and KCRW.com. A former L.A. Editor for Dwell Magazine, Anderton is a regular contributor to the New York Times and to many other publications featuring Los Angeles design and architecture.

Anderton is a frequent speaker and moderator at cultural institutions, including REDCAT, the Hammer UCLA Museum, the Skirball Institute, the LA Forum, and the A+D Museum, and she is on the Advisory Board of the L.A. Forum. Anderton has also been an on-air commentator for TV and documentary programs about architecture, and her latest project is Visual Acoustics: The Modernism of Julius Shulman, released in 2008.

The 11-day Modernism Week features more than 100 events, including the Modernism Show (Feb 15-18) at the Palm Springs Convention Center.