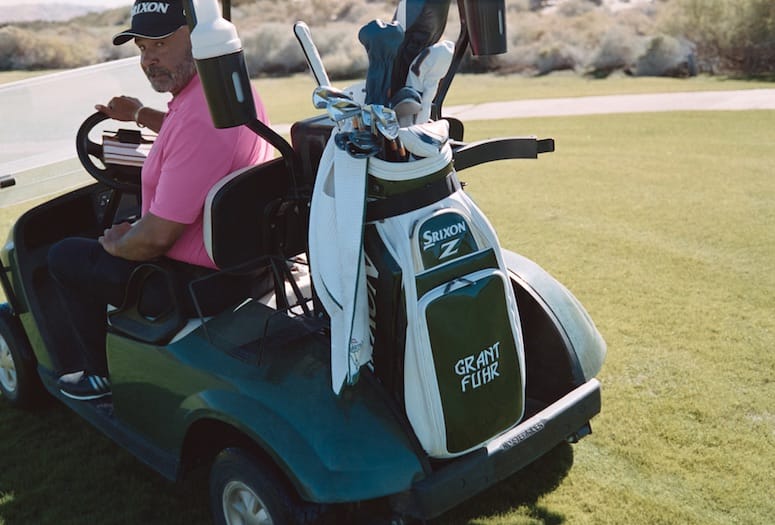 Writing about Grant Fuhr, director of golf at Desert Dunes Country Club, means typing the word “first” a lot. The Palm Desert resident was the first black player elected to the Hockey Hall of Fame (on the first ballot in 2003) and a goalie in the first outdoor NHL game, also in 2003, and three years after his retirement, when he manned the nets in Edmonton in minus-10-degree weather in an old-timers’ game before the regular game. “It might have gotten down to 20-below for the regular game at night,” Fuhr says. “I remember they were talking about calling it off.”

Oh, yes. Another first: The Great One, Wayne Gretzky, will most likely play, and he can repeat, as the first to say so, that “Grant Fuhr is the greatest goalie I ever saw.” That’s hyperbole for anybody else. It is set-in-stone fact from somebody who knew and played the game like Gretzky. Words from the Great One are gospel in hockey.

Fuhr says the tournament is “all about giving back.” Proceeds from the inaugural event will benefit the Hazelden Betty Ford Foundation, which runs programs to combat addiction from its Rancho Mirage headquarters. Years ago, Fuhr struggled with, and battled through, a cocaine problem that cost him an NHL suspension for part of a season. He has always spoken freely about that battle, and notes that a trip to the Betty Ford Center helped him. That puts his golf tournament among the more directly motivated give-backs to the center’s programs.

Fuhr started in goal in the NHL in almost 900 games. He was part of five Stanley Cup-winning Edmonton Oilers teams from 1984 to 1990, and says now that those Oilers, sparked by Gretzky, were tougher to face in practice sessions than the other teams in real games. He relishes his Edmonton memories and says that the team’s famous coach and general manager at the time, Glen Sather, keynoted what the Oilers were back then when he told the team, “These guys you play with aren’t teammates. They are family.” Fuhr says his clearest memory of all those Stanley Cups was “just being with the guys, celebrating with them. That was the best.” 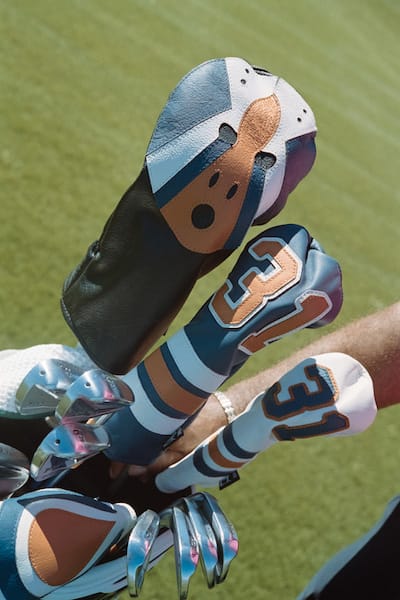 Fuhr was selected for six NHL all-star games and once named the league’s top goalie (the Vezina Trophy). Besides his 10 seasons in Edmonton, he played for Toronto, Buffalo, St. Louis, Calgary, and the Los Angeles Kings.

He grew up in a little town called Spruce Grove, about 11 miles out of Edmonton in Alberta, and, Fuhr says, what is “mostly a suburb now.” He loved hockey and baseball and always wanted to be a goalie, especially when he saw the equipment they wore. “I thought it was neat.”

Fuhr says the tournament is “all about giving back.”

Growing up, his nickname was “Coco.”

“I had a better tan than the other kids,” he says, “so it was a good nickname, and it stuck. Some of my friends still call me that.”

In this age of political correctness, social media would cry foul for a black man being labeled in that manner. There wasn’t much of that in Fuhr’s time, he says, as he still embraces the nickname — so much so that the documentary about his life and career that came out last year is called Making Coco.

He married Lisa six years ago and moved to Palm Desert, her longtime home.

These days, neither does Fuhr, who golfs to a 1 handicap and plays his Desert Dunes course as often as he can. Neither heat nor wind diverts him. Nor did total replacements of both knees and his left shoulder. 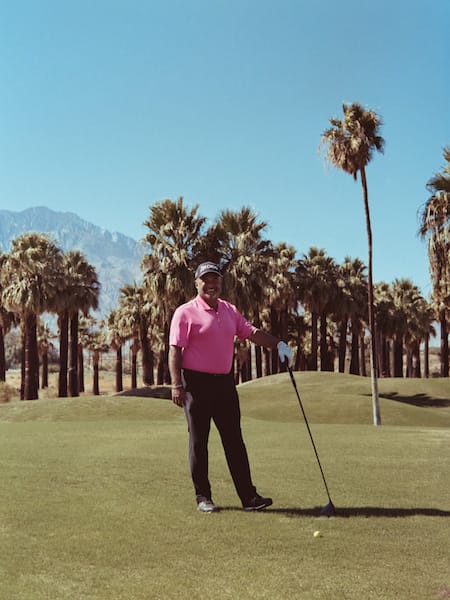 But the passion for hockey still burns as hot as his love for golf.

“When hockey playoff time comes,” Fuhr says, “the TV is on, and I’m on the couch. I’m probably there, starting about 4 in the afternoon and maybe staying there until midnight. I can never get enough.”

Lisa says, “I’m in the other room, watching movies.”

For now, they spend a lot of time in the same room. She has taken on the role of tournament director for the first Grant Fuhr Invitational, which they hope will grow into a longtime fixture in the Coachella Valley.

One issue they will need to settle in their planning is a ceremonial start: Do they simply tee off? Or do they drop a puck?