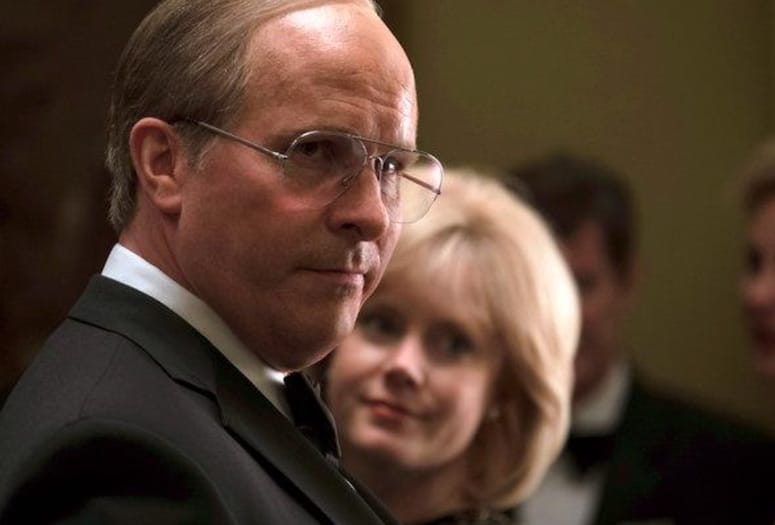 It’s official. Greg Cannom’s work on Vice is worth his weight in gold. Literally. Well, technically, gold-plated and bronze, but why get picky when you’ve just nabbed your fifth Academy Award.

Cannom, who lives in La Quinta, took home the coveted Oscar for Best Achievement for Makeup and Hairstyling at Sunday’s 91st Academy Awards. He previously won awards for The Curious Case of Benjamin Button (2009), Bram Stoker’s Dracula (1992), Mrs. Doubtfire (1993), and also received a Technical Achievement Award in 2005 for a special modified material for makeup applications, which he shared with Wesley Wofford (Bicentennial Man, Hannibal).

Transforming actor Christian Bale into former Vice President Dick Cheney in Vice was a monumental feat — from prosthetics, special hair (or lack thereof), and even a “fat suit.”

When asked prior to receiving his latest honor if winning multiple awards and generating a graceful acceptance speech gets any easier, Cannom chuckles before admitting that the answer is: “No!”

“People say it gets easier when you win another Oscar and have to stand in front of a massive audience, not to mention the quarter-of-a-million people watching the show, but it doesn’t get easier,” he adds. “It gets worse.”

“You don’t expect it, really,” Cannom explains. “You sit there and kinda go, ‘Oh, I hope I lose so I don’t have to go up there.’ But when you win and they announce your name, you go into a trance. You don’t hear the music. You don’t hear anything else.”

Before arriving at the microphone, looking down, apparently, is important.

“You think, ‘Don’t trip here, don’t trip there, don’t trip on the steps,’” Cannom says. “And then you get up there and get the award from the actor presenting, and you turn around and there’s the microphone and you go, ‘You’ve got to do it.’”

During Sunday’s live Oscar telecast at the Dolby Theatre in Los Angeles, Cannom was joined onstage by his fellow Vice makeup-and-hair cohorts Kate Biscoe and Patricia DeHaney (both of whom were first-time nominees). Cannom handled Bale’s various Cheney transformations in the film; Biscoe and DeHaney took on various incarnations of George W. Bush (played by Sam Rockwell), Amy Adams (Lynne Cheney) and other actors.

The Oscar was Vice’s only win out of eight nominations.

To be sure, even the most eloquent person may find standing on stage to accept the coveted award somewhat surreal.

“You really don’t know what you’re saying,” Cannom admits, recalling his previous wins. “You talk and talk, and everybody is staring at you in this giant theater. At that time, you think, ‘Everybody I’ve ever known in my entire life is watching me on stage right now.’ And then you go backstage and answer questions. About 20 minutes later, you come out of that trance and the first thing you think is, ‘Oh my God. This thing [the award] is heavy.’

“And then it hits you: ‘I actually won.’ You’re on cloud nine for about a week.” 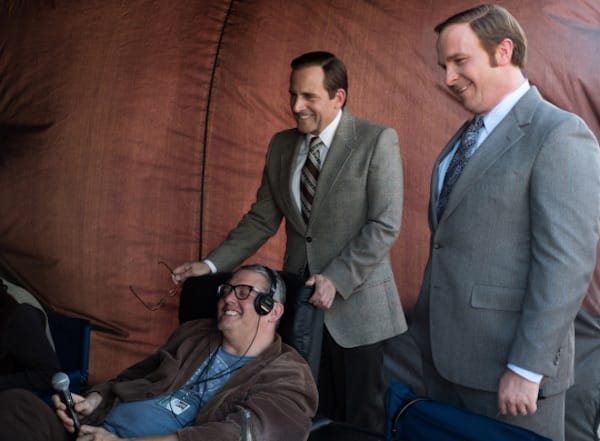 Cannom, whose career was fueled, in part, by the inspiring work of celebrated makeup artist Rick Baker (Star Wars), whom he eventually worked with, is quick to note how refreshing it is that makeup and hair is still a huge element in filmmaking and that CGI (computer-generated image) hasn’t taken over completely.

For now, he seems fine basking in the Oscar afterglow.

“I’m sure there are winners who want to sleep with the award,” Cannom muses. “Every morning you wake up and you look at it and you realize it that it’s real. The coolest thing that happened was that I woke up the next day after having won an Oscar, and I thought, ‘You aren’t just a makeup artist any more. You’re an Academy Award winner — for the rest of your life. No matter what happens to you.’

“And that, really changes you. There’s nothing better.”