Pianist Bill Marx, son of the late Harpo Marx from the comedy troupe The Marx Brothers, and Gregg, an Emmy-winning actor and grandson of Gummo Marx, will headline a special fundraiser for ACT for Multiple Sclerosis on July 25 at Bellatrix at the Classic Club in Palm Desert. 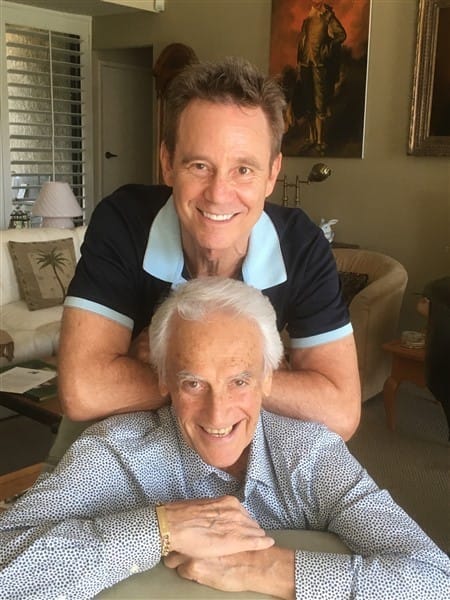 Bill and Gregg Marx will perform songs from The Great American Songbook. They will also engage in unique anecdotes about the famous Marx family of vaudevillians and film stars.

Bill attended Juilliard School of Music for composing. He has a full repertoire of compositions for theatre, ballet, chamber music, symphonies, TV and film scores. He has also toured with many jazz artists. Once Bill moved to the Coachella Valley in 1993, he began playing at local clubs and restaurants. Bill started the Jazz It Up summer series for ACT for MS in 2008, and has been on the board of directors since the organization’s founding.

Gregg recently moved to Palm Springs from the Los Angeles area. He ihas appeared on Days of Our Lives, As the World Turns, Doogie Howser, MD and more. As a singer, Gregg has appeared in some of the most celebrated cabaret venues in the country, including the world-famous Hollywood Cinegrill, Herb Alpert’s Vibrato, Catalina Jazz Club and The Gardenia in Los Angeles, The Rrazz Room at The Nikko in San Francisco and The Metropolitan Room in New York.