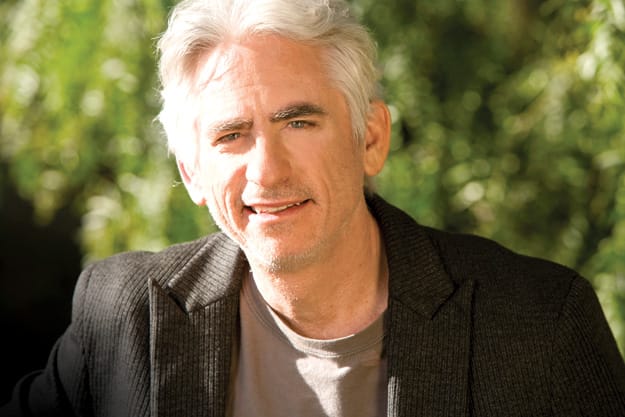 The slightest breeze flits across the lush, dusk-cooled grounds, carrying with it fragrant hints of wine, the breath of fine cheese, whispered snippets of erudite banter. A single star appears in the slate-gray sky, joined moments later by a sea of sparkling brethren. The riot of diamonds strewn across the heavens attracts the crowd below. The earthbound assemblage gazes upward in appreciation of this nightly miracle; their witty murmurs dwindle into silence. For the briefest moment, the crowd forgets why it has gathered.

The trance is broken by a silver-haired yet boyishly handsome man striding onto the modest stage. The audience recovers itself and applauds, remembering that of all the stars to appear on this placid desert night, this is the one they’ve come to see – legendary jazz pianist David Benoit. And what better setting to experience the smooth jazz master than La Quinta Resort & Club’s sublime main lawn, a thickly green expanse cloistered by fragrant citrus, towering palms, vibrant wildflowers, and stunning vistas of the Santa Rosa Mountains.

Grooves in the Grove is packed with talent, start to finish, but Benoit is the clear headliner. He began his career as a musical director for Lainie Kazan in 1976, later filling similar roles with Ann Margret and Connie Stevens. He recorded his first album, Heavier than Yesterday, in 1977, releasing more than 30 albums since. His mid- to late-1980s works, This Side Up (1985), Freedom at Midnight (1987), and Every Step of the Way (1988), are cornerstones of the smooth jazz genre.

Over the course of several decades, Benoit has grown from talented kid to elder statesman, developing a well-deserved reputation as both a great composer and a great performer. “It’s nice that I’ve earned some respect in the business,” he says, “but the journey is always full of surprises. So many things have happened over the years, stuff I would never have imagined. I feel like I’ve been on some sort of wild amusement park ride. I never know where it’s going to take me, and I guess that uncertainty is part of the fun.”

Benoit’s acclaimed 2010 release, Earthglow, is an excellent example of this surprising journey, with two songs, “Botswana Bossa Nova” and “Will’s Chill,” unlike any of his previous music. “Botswana Bossa Nova” features the high-energy sound of old school jazz and soul fused with the infectious rhythms of the world music scene. “I’ve always loved the world of exotic ethnic percussion,” he says, “African voices along with Brazilian beats.” This love spills over, though not as forcefully as on “Botswana Bossa Nova,” into several other songs on the album.

Much of Benoit’s recent evolution can be traced to his love of new music in a variety of genres; he is able to incorporate what’s going on elsewhere into his own natural style, thereby keeping his work current. For instance, on Earthglow he credits the brilliant Will.i.am from Black Eyed Peas as an influence on “Will’s Chill.” “I was interested in experimenting with some of the new jazz-lounge-Euro-chill music I was hearing at upscale boutique hotels and chic Japanese sake bars,” he says. When fused with his traditional smooth jazz style, the result is electric.

“I really loved the vibe of ‘Will’s Chill,’” Benoit says. “When I started recording I wanted the whole album to have that edgy, chill sound, with long loops and lots of samples, with a little piano in the mix.” Clark Germain, his longtime engineer and his co-producer on Earthglow, reined him in a bit. “Clark brought me back to myself and took these new, exciting ideas I had and put them in perspective as part of a recognizable David Benoit record.”

Benoit’s prolific career includes several prominent Peanuts related projects. “I’ve loved Charlie Brown since I was a little kid,” he says. “It took off for me when the producer [of the miniseries This is America, Charlie Brown] had one of my records [This Side Up, 1985] where I’d covered a Vince Guaraldi song [“Linus and Lucy”]. He liked the way I did it. He wanted to bring back the Guaraldi sound for the miniseries so he hired some different jazz pianists to score it, and I was one of them. I guess he and I just hit it off, and it stuck.”

In 2000, after the death of Peanuts creator Charles M. Schultz, Benoit released the memorial album Here’s to You, Charlie Brown: 50 Great Years, which climbed to number two on the Top Jazz Albums Chart. In 2008, he released Jazz for Peanuts, a retrospective of music recorded for Peanuts television specials.

In recent years Benoit’s ever-expanding slate includes his ongoing role as conductor of the Asia America Symphony Orchestra. “Conducting is something I’ve always had in the back of my mind,” he says. “It’s a tremendous amount of power, being up on the podium. But there’s also a chill factor. There’s something really beautiful about hearing so many musicians all playing together. And when you do hit the mark, there’s nothing like it. It’s a spectacular experience. It’s no wonder everybody wants to do it.”

In 2009 Benoit performed and conducted Leonard Bernstein’s West Side Story with the Asia America Symphony Orchestra in a show that included Broadway great Lea Salonga; he later conducted Beethoven’s Ninth Symphony with the same orchestra in his critically acclaimed debut at Los Angeles’ Disney Hall. He has also led the Los Angeles Philharmonic, and the symphonies of London, Nuremberg, San Francisco, Atlanta, San Antonio, and San Jose.

For his Grooves in the Grove show in La Quinta, Benoit is teamed up with saxophonist Michael Paulo, an artist with whom he has performed on numerous occasions. “I’m looking forward to some great interplay between us,” he says. “We’ll be doing some music from Earthglow, and there are some familiar songs that I think people expect me to play. We’ll be doing those, too, so the show should be a lot of fun.”

GROOVES IN THE GROVE SCHEDULE