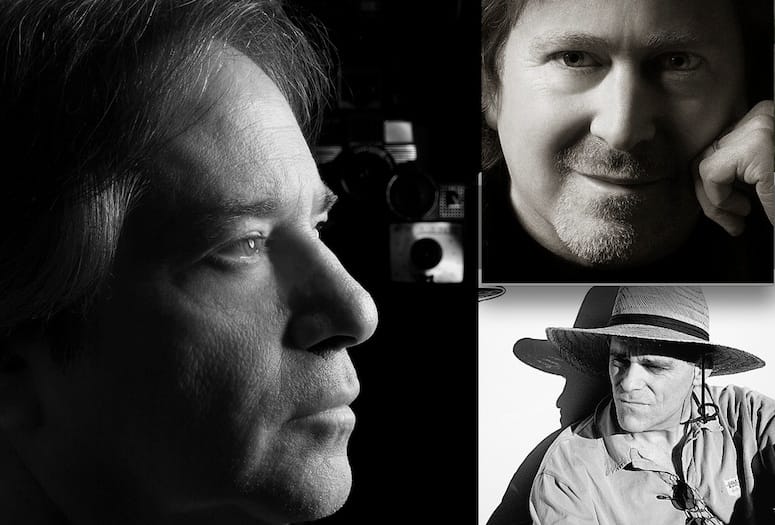 What do they have in common? They are the work of three very different internationally acclaimed Palm Springs artists who will unite to pay homage to their desert roots in the second annual Palm Springs Modernists Exhibition at Desertpainter Gallery, Feb. 16 to March 12 in Palm Springs.

“We love each other’s work,” says Deman, who has known Wexler since childhood. “We thought it would be cool to come together.”

Deman’s photographs focus on what he calls “endangered cultural icons” from the midcentury period forward. He talks with excitement about his Road Trip with Marilyn series, in which he took a midcentury beauty salon chair (eventually named after Marilyn Monroe) and placed it in different locations. He welcomed people to sit on “her” and “let them have their way with her.”

Deman hopes his work will encourage people to value and retain objects from the midcentury era because, for him, the pieces retain a lot of meaning. “Many people have a very visceral response when they see my work,” he says. “They become emotional when you talk about these subjects.” 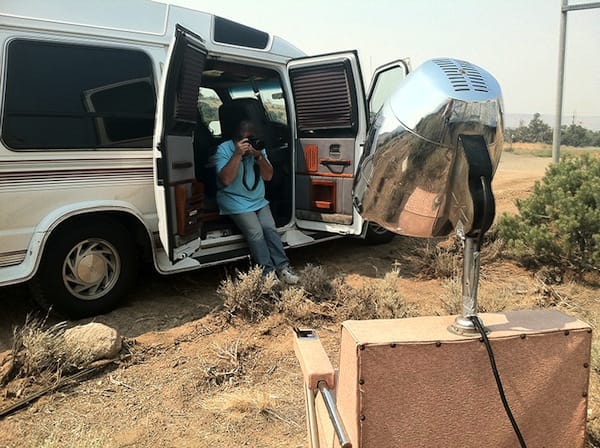 Wexler is a renowned pioneer and leader in the art of digitized photography. He’s also the son of the late midcentury architect Donald Wexler, who designed the Palm Springs International Airport terminal and many other projects in Palm Springs.

“Modernism has influenced me in terms of composition and proportions,” Glen says. “There’s a modernist aesthetic, which I adapt to a conceptual narrative.” 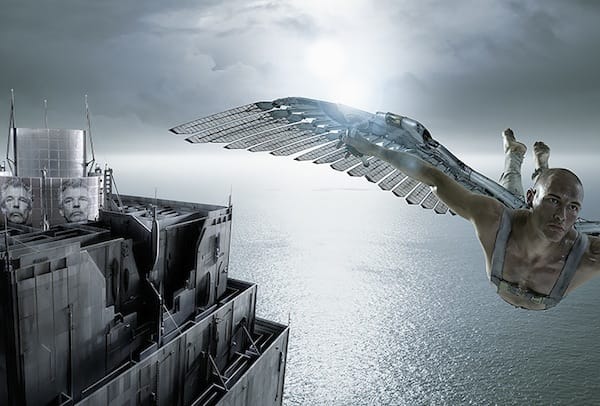 He has created album cover images for Michael Jackson, Black Sabbath, Yes, Van Halen, and ZZ Top and his photo art has been used by Time magazine. He credits his father’s influence for his architectural approach to constructing pictures.

“There’s the visualization of what the image is going to be, then there’s the breaking it down into manageable elements,” says Glen, adding that he values the simplicity and precision of modernism — its “clean lines, overall composition, and alignment of elements. There’s purpose to every piece.”

Glen’s work shows his admiration for photographer Edward Weston and filmmaker Stanley Kubrick, as well as Hipgnosis, “…an English album-cover design company that creates imagery for artists such as Pink Floyd.”

VIDEO: Artist Terry Masters speaks about his artistic inspirations while painting at his Desertpainter Studio Gallery in Palm Springs.

Masters’ plein air paintings capture both the natural colors of the desert, whether it’s a classic car or a palm-tree-punctuated view that hangs in Desertpainter Gallery, which doubles as his studio. He creates more than 100 paintings each year, showcasing the renowned changes in light in the canyons and from atop vistas he has explored since youth.

Formerly a broadcaster with radio station KPSI, he made a New Year’s Eve resolution one year to become a painter and has since enjoyed leaping out of bed in the morning to capture the first light. He is considered to have helped revive the California plein-air movement, which died down in the ’60s. Masters is on faculty at Desert Art Center and he hopes to inspire young artists to keep the method alive. 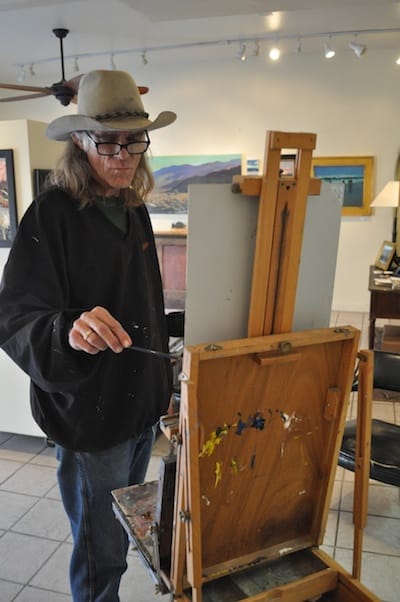 Terry Masters spent 20 years as a radio broadcaster before taking up painting full-time.