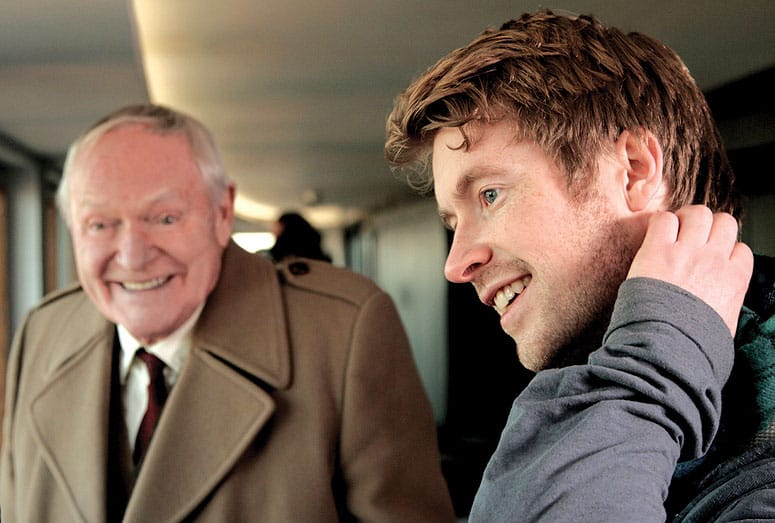 Psychological thrillers are known for their jaw-dropping climax. British director Greg Ash made audiences gasp at the 2013 Palm Springs International ShortFest with his entry, Mr. Invisible, in which Julian Glover (Game of Thrones) plays a nice old man with a dirty, dangerous secret that comes to light only after it’s too late.

Julian Glover is fantastic and nuanced in his performance. How did he come on board?

The producer knew him personally, so we were able to get the script to him, and I think he really liked the idea of playing this intriguing character.

The film garnered a lot of interest from attendees. How closely have you and your team tried to guard the ending?

Mr. Invisible was selected in ShortFest’s Best of Fest, which meant audiences voted it in their top 10 of the festival. That was a fantastic honor. The ending of the film hopefully comes as a big surprise to everyone who watches. Therefore, we’ve avoided talking about it. We tend to just say: “There’s a big, dramatic twist that you won’t expect.”

What were your initial thoughts and feelings about the Coachella Valley when you arrived?

I’d passed through Palm Springs once before and loved the retro ’50s architecture and the slightly unsettling feeling of being totally surrounded by desert. After these rather superficial first impressions, spending the week at ShortFest certainly gave me a deeper fondness for the city and the diverse collection of people who live there. It was amazing to have such support from the community, both as audiences and volunteers.