Gun Outfit Is Loaded With Talent 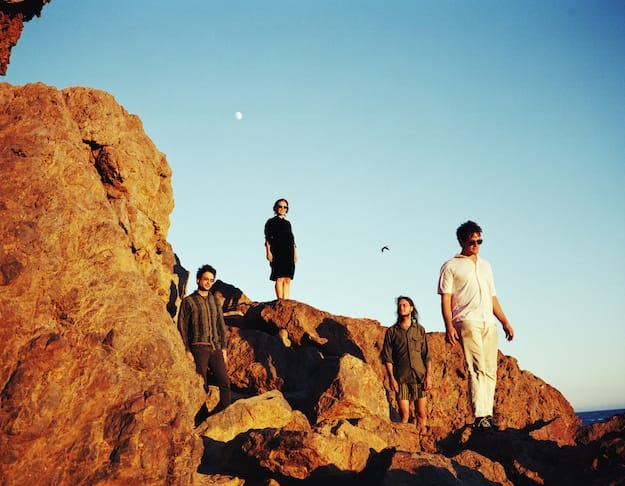 There have been some truly stellar musical offerings that hail from the Pacific Northwest.

Now that second wave super groups – STRFKR, Head Like a Kite, and The Thermals – have penetrated the playlists of the Chuck Taylors set, the ground is fertile for another rebirth.

The Olympia, Wash. trio has taken its sound – a melodic reimagining of Sebadoh’s raw guitar power and Sonic Youth’s one-time weirdness – and put it in a powerful package that fans are lining up to see. Gun Outfit, featuring vocalist and guitarist Carrie Keith with Dylan Sharp (guitar), Anton Seder (bass) and Dan Swire (drums), has been on tour for the past month and will continue to play shows through the end of summer. But it’s their West Coast beginnings that Keith remembers fondly.

“I think the music scene [in Olympia] right now is really different from when we left,” she said, “But, it’s a good scene. There’s a lot of hardcore, then there’s weird, cool, artists doing performance. The scene also feels young right now.”

Gun Outfit recently switched gears and headed to Los Angeles, where its label, PPM, is located. It’s a new feel – one that they’ve hardly had time to adapt to.

“It’s great. We’ve been on the road for a month and we’ve got two more months to go, so [L.A.] feels far away right now,” Keith said.

Ah, yes, touring: For many groups just starting out, the road is an uncertain proving ground that can make or break the success of its members. Despite Gun Outfit’s ability to land coveted spots on stage at impressive venues like Ace Hotel and Swim Club in Palm Springs, its members haven’t busied themselves with the commercial aspect of being a band. They’re just living the experience of making music, one day at a time.

“I think what we’ve done naturally is played in front of a lot of people and toured a lot, and not really concentrated on marketing,” Keith said. “I still think that will always be the way we tour and play music. I think our following grows as our interests do. We’ll see where that takes us.”

Gun Outfit performs at Ace Hotel and Swim Club, at 10 p.m. Friday, March 29. For more on the band, visit www.acehotel.com/palmsprings/calendar.