Hal Linden Presents "Barney and Me" at Rancho Mirage Amphitheater 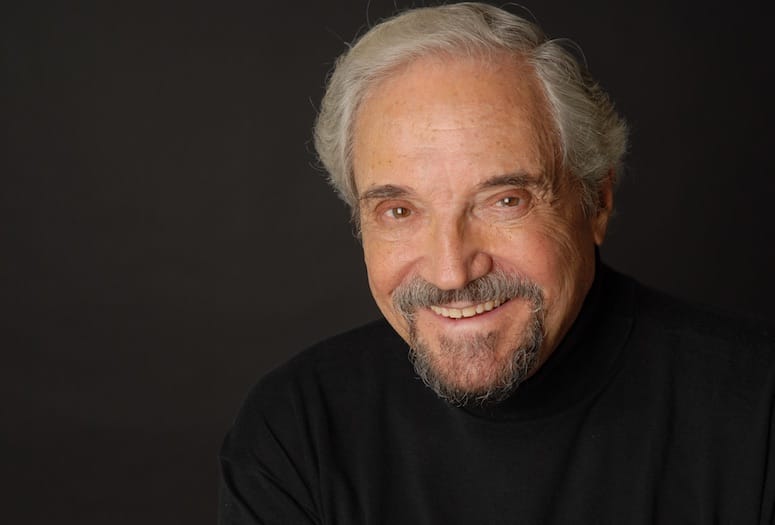 The theme song is hard to forget. Those four funky bars of bass, that first jazzy chor, and the slow bluesy beat are gritty and almost grimy, the way Greenwich Village was in the 1970s where the 12th Precinct and Captain Barney Miller’s squad of perfectly imperfect detectives protected its wacky inhabitants. The sitcom was consistently fresh and laugh-out-loud funny, but at its core it had a lesson in humanity. Barney Miller was one of a handful of sitcoms that tackled racism, gay rights, prostitution — if it was in the news, the writers wanted to have a discussion about it with America.

The level-headed Captain Miller was played by Broadway veteran Hal Linden, who was scheduled to perform his musical review Barney and Me Feb. 9 at the Rancho Mirage Amphitheater, but the show was recently canceled.

He invited Palm Springs Life into his home to talk about the show and his career. His entire family was home for the holidays (“It’s a train wreck in there,” he said), and Linden thinks the view from his patio is the perfect backdrop for a video, and he isn’t wrong. It sits just off a pond and reflects the mountains behind it. It’s spectacular. He doesn’t mind giving us a tour, though, and while the home is lovingly lived-in at the moment, it is charming.

One of the most notable things about the home is a large stained-glass window in the dining room featuring a dragon, a monkey, a rooster, a kitty, a turtle, and an owl. Linden’s wife, Francis Martin, commissioned it, and each creature stands for a family member. The dragon is the major focus. It’s Martin, who passed away in 2010 after 52 years of marriage. The rooster, kitty, turtle, and owl represent their four kids and celebrate the first creature they ever expressed interest in as a child.

“For some reason I’m the monkey,” Linden says, shaking his head. He doesn’t really know why that’s his animal, but it is — and Frances celebrated him even further with a charming monkey chandelier in the foyer. In the living room: musician figurines, an antique harp, a baby grand piano he doesn't play (it’s for rehearsals), and a sculpture of two disembodied hands playing a clarinet that was a gift. The only thing reminiscent of Barney Miller in this home is Linden himself.

Most of us know him for that iconic role, but it might surprise you that Linden’s early career path was not in acting. Like his brother and six cousins before him, he was a musician, and in his family you either played the fiddle or the clarinet (with a side of sax). Linden chose the latter, and by age 14 he was playing in the Catskills where he added a new instrument to his gig bag: lead vocals. 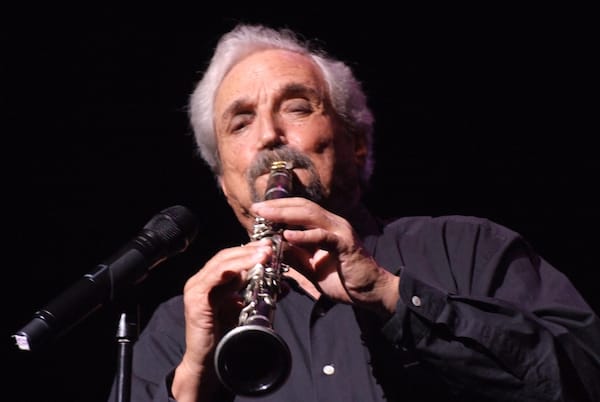 Hal Linden was a musician first that led to his singing.

“The first song I ever sang was This Love of Mine, a Sinatra record,” he says. “I didn’t know I could sing until I started doing it.” He sings a few bars. There is no sign of age in the 87 year-old’s voice. It remains rich and smooth. However, Linden disregards any notion that he could have had a career as a singer.

“Honestly, I have an unspectacular voice. It's a very good voice, wonderful on Broadway, but when you hear Tony Bennett, you know who that is,” Linden says. “There’s nobody like Tony Bennett. A lot of people sang like Frank Sinatra, but most people who make it have distinctive voices. At one point I couldn't tell the difference between me and Steve Lawrence. He had a lovely voice, but Edie [Gormé] was the great singer.”

After graduating from college, Linden served two years playing and singing with the army band in Fort Belvoir, Virginia. “I was very happy not to be in Korea getting shot at,” he says. Loaned out to sing in a special entertainment unit that covered the environs, the canal zone, and arctic posts, he began to mingle with the actors in the shows.

He went with them to see the road company for Guys and Dolls. Linden recalls, “I was sitting in the audience, watching that show and thinking, ‘That looks like fun. I think I can do that.’” The director for summer stock where Linden had his first audition thought so, too. It was only a part in the chorus but Linden was hired.

Summer stock is notorious for romance and drama, and Linden found the former with a young dancer who eventually left to understudy Bells Are Ringing on Broadway. The show’s male lead was played by Sydney Chaplin (Charlie Chaplin’s son), and the female lead was the unforgettable Judy Holliday. The standby for the lead role, George Gaynes (later of Punky Brewster and Tootsie fame), was leaving the show for the London company, which meant they needed a new standby. Linden’s girlfriend stepped up and said she knew just the guy. After auditioning for the stage manager, Linden was bumped up to the casting director, and on up the chain.

“I practically had to audition for the doorman,” Linden says wryly. “My final audition was for Judy. We did a scene, and I got the job — but as the understudy, not the standby.” That was on a Saturday. 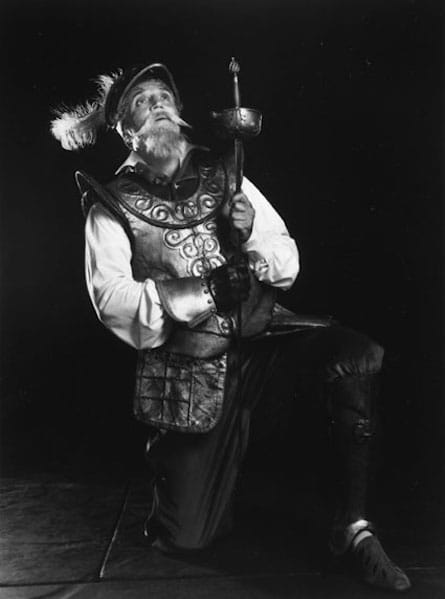 Hal Linden's time on Broadway led to his role on Barney Miller.

The following Saturday was Linden’s first rehearsal with the rest of the understudies after which the stage manager said “Oh, by the way, you’re doing today’s matinee.” It happened to be Yom Kippur, which meant not only was he unable to call his mother to tell her the good news, the agents were also unavailable, and Linden needed an agent; he was worried it might be the only show he ever did on Broadway. He did the matinee, then the evening performance, and by the time Monday rolled around, he was the new standby. And it was all due to a little dirty laundry.

“Judy and Sydney were having an affair. They had gone to Europe together, which was Sydney's old stomping grounds, and I guess she found out about other girlfriends or whatever because when they came back everything exploded.” Linden grins, “So, I went on quite a bit.”

Judy found little ways to torture Sydney, “There was a dance number that had been cut, and Judy had it put back in because Sidney didn't want to do it. I had to stand in for Sydney for those rehearsals, and that’s how I got to work with Bob Fosse.” When Chaplin’s contract was over, Linden replaced him, which is a unicorn on Broadway when it comes to standbys and understudies. Although things didn’t work out for Holliday and Chaplin, that young dancer who helped Linden get the audition? You might recall her as the dragon to Linden’s monkey in the stained glass window.

During Linden’s Tony Award–winning turn in The Rothschilds, a television producer came to the show and enjoyed Linden’s performance so much that a year and a half later, when the studio came to him with a list of names to play the eponymous lead, he crumpled it up. He knew Linden was Barney Miller.

After seven and a half brilliant seasons, 42 combined nominations (Golden Globes, Emmys, WGA, DGA, Humanitas, and Peabody awards), nine combined wins, and 11 personal combined nominations for Linden, Miller’s creator and producer, Danny Arnold shuttered the show. After the networks cannibalized his team and sent them to work on other shows, Arnold found it impossible to find writers that lived up to the standards he and the viewers had come to expect.

In the final three-part episode, “Landmark,” the 12th Precinct building is declared an historical landmark. It seems it’s where Theodore Roosevelt once served as commissioner. A developer snaps up the building, and everyone is reassigned. Barney is the last one to leave the station, and he gives the squad room one long last look before he turns off the lights and walks out the door. 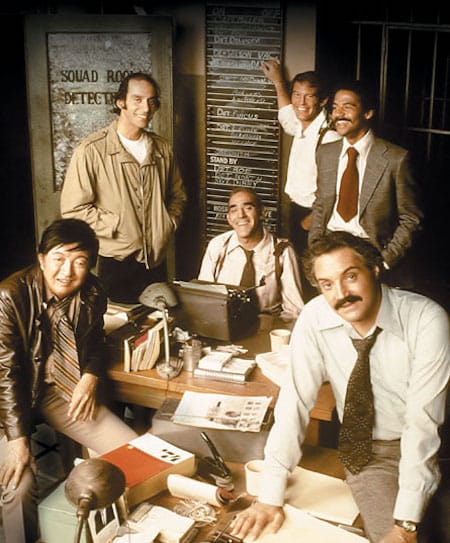