Next spring, Hank Plante will teach a University of Southern California course on journalism and politics.
PHOTOGRAPHY BY BRANDON HARMAN

With half a century in the news business, journalist Hank Plante has stories.

Some are about people whose names you know, renowned reporters Plante has worked alongside and big-name politicians he’s interviewed. Barack Obama, he reports, possesses a certain sense of humanity not commonly found among politicos. (“I just love the guy.”) Willie Brown, the former mayor of San Francisco, had a knack for “seeing every piece of the chessboard before anyone else.” And California Gov. Gavin Newsom can be both vulnerable and surly in interviews, Plante has witnessed. (“Off the record,” Newsom told him angrily in 2009 after getting flustered by a few particularly hard-hitting questions, “I’m amazingly disappointed.”)

Plante’s other stories are about his own life. The acclaimed TV anchor and longtime Palm Springs resident, who most recently served on The Desert Sun’s editorial board and worked as a political analyst for NBC Palm Springs, has lived and breathed the news. 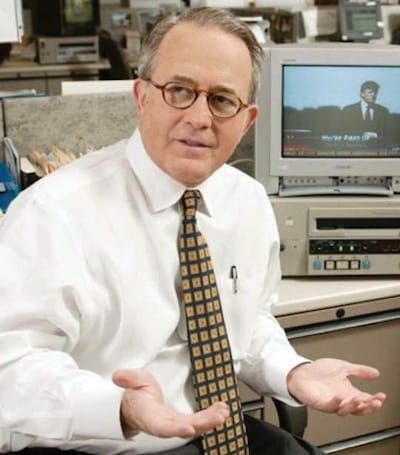 Longtime journalist Hank Plante has interviewed leaders at the highest levels in government, including Joe Biden. 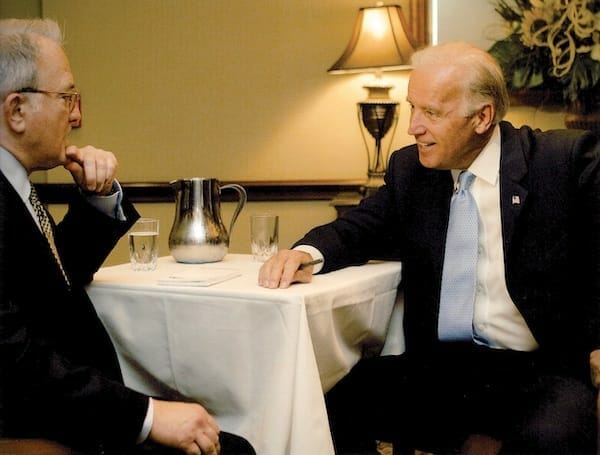 In the 1980s, as one of the first openly gay television reporters in the nation, he doggedly covered the AIDS epidemic in San Francisco, even as his own friends were sickened by and died from the disease. When this year, almost exactly four decades later, monkeypox began to spread throughout the United States, he noticed some haunting parallels and was invited by TV stations across California to share his expertise on the subject. His reporting has won numerous prizes, including a handful of Emmys, a Peabody Award, and the Pioneer Award from GLAAD (formerly the Gay & Lesbian Alliance Against Defamation).

Simply put, once journalism is in your veins, Plante says: “You will never stop being a reporter.”

But journalism wasn’t the original plan. After leaving Michigan State University in the late ’60s (even as president of his senior class, Plante never actually graduated or “stuck around for the degree”), he moved to Washington, D.C., with big dreams to “change the world” and to get into politics. One day, needing work and a salary, he happened upon The Washington Post building. Plante took the elevator up to the newsroom, walked in, and quickly landed a job as a copy boy. That position, a now-extinct, pre-computer role, which involved physically moving typed stories from desk to desk, sparked Plante’s lifelong love for the trade.

“I love community journalism. I think it has more impact than big-market [media].” 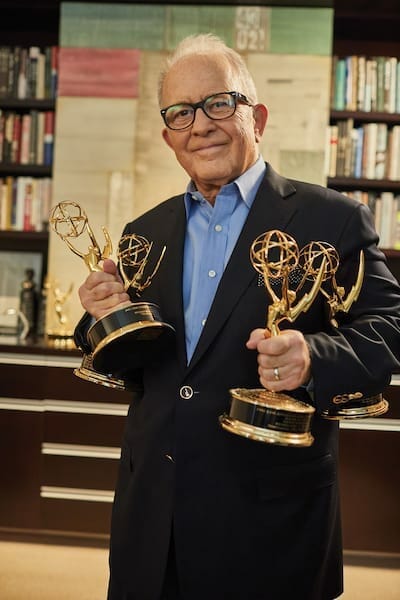 Hank Plante amassed many awards for coverage that breaks down the issues for his audiences.

“I watched journalism become cool,” he says. In the 1970s, print was king. Plante remembers newspaper ink getting everywhere, reporters smoking while they worked. “It was a whole different vibe.”

Plante eventually went to work as a full-fledged reporter for the Montgomery County Sentinel (replacing Bob Woodward, of later Watergate fame, who had just left the paper). After a half-decade there, and working his way up to managing editor, Plante made the jump from print to TV journalism. It was a decision inspired by the experience of covering city council meetings and watching as council members would get up to greet the “glamorous” TV reporters who walked in with their camera crews.

“I thought, ‘Well what the hell is this?’ Any idiot could do that job,” Plante recalls. “And you know, I was right. Any idiot can, and I was just the idiot to do it.”

“I watched journalism become cool. It was a whole different vibe.”

Plante started applying. He took a radio job in D.C., then became assignment editor for a local TV station. A string of different on-air jobs followed at stations in Minneapolis, Los Angeles, Houston, and ultimately, San Francisco and its local CBS affiliate. It was there, in the mid-’80s, that Plante started reporting on a topic that most, including the Reagan administration, initially wouldn’t touch: the HIV and AIDS crisis. In some ways, the experience was like being on an island: “Nobody except for other gays cared about AIDS in the beginning,” Plante said. And the reporting he did was deeply personal. Many times, the veteran journalist would be in a hospital, interviewing a man who was dying from AIDS, and would need to step into the hallway to compose himself.

“I think we all have a little PTSD, those of us who were gay in my age, who have survived,” he says. “Probably all but one or two of my gay friends who are my age are gone. They’re all gone. They’ve been gone for decades.”

Similar to the early days of COVID-19, there were bright spots, too. The gay community banded together to care for one another, Plante says, delivering meals, paying bills, and standing vigil by bedsides.

With monkeypox, a viral disease that spreads largely through sexual contact, there have been some striking similarities. (“History may not repeat itself, but it does often rhyme,” Plante says, quoting Mark Twain.) However, unlike the AIDS epidemic, he doesn’t see the slow government response to monkeypox as inherently homophobic, but rather a result of general “ineptitude.”

In 2010, after almost 25 years in San Francisco, Plante left to begin his latest chapter in Palm Springs with his husband, artist Roger Groth. The couple own a home in Vista Las Palmas, the famed midcentury neighborhood that was once a landing place for stars like Marilyn Monroe and Dean Martin. But if Plante entertained any initial thoughts about fully retiring in the desert, that idea faded away quickly. “I didn’t want to just talk to cacti,” he says. Plante jumped into volunteering and emceeing local political debates, then joined forces with NBC Palm Springs and The Desert Sun, where he was a fixture on the paper’s editorial board for five years. He has written opinion columns about everything from the Coachella Valley’s heated short-term rental debate to the proposed redesign of Palm Springs’ downtown in 2014. 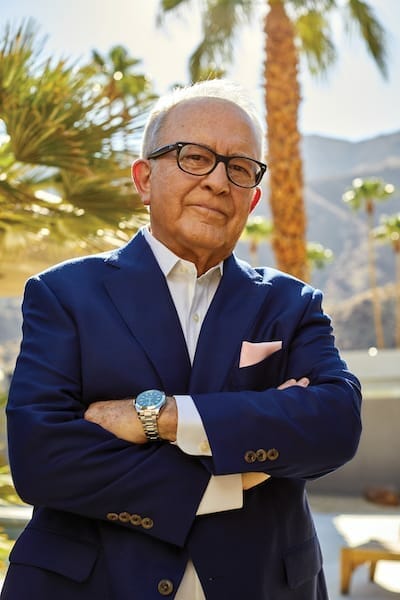 “I love community journalism,” he says. “I think it has more impact than a big-market TV station or even a big-market newspaper.”

For that reason, it’s been difficult for Plante to watch the dramatic changes in the local — and national — media landscape. Shrinking budgets at local print papers and TV stations makes it more challenging to attract reporters, and those who do choose to work in the area are “grossly underpaid,” he says. Fewer reporters in the field, of course, also means fewer stories being told.

“[Journalists] just can’t afford to come and live here and make $35,000 a year. It’s heartbreaking to me because I love the business.”

But Plante isn’t done with that business just yet. His many years in journalism have all culminated in this moment, a point where he can provide deep historical context for topics in the news — whether they be national or state politics, threats facing the gay community, or the evolution of news itself — in a way many other reporters cannot.

Next spring, he will take that experience and sense of context to the University of Southern California, where he plans to teach a class about journalism and politics.

After all the cities Plante has lived in, and the many jobs he’s worked, the Coachella Valley and Palm Springs still have a hold over him.  “I really like living in a small town,” he says. “The trouble is most small towns aren’t cool. This one is.”

• READ NEXT: Michael Childers Salutes New York in "One Night Only."