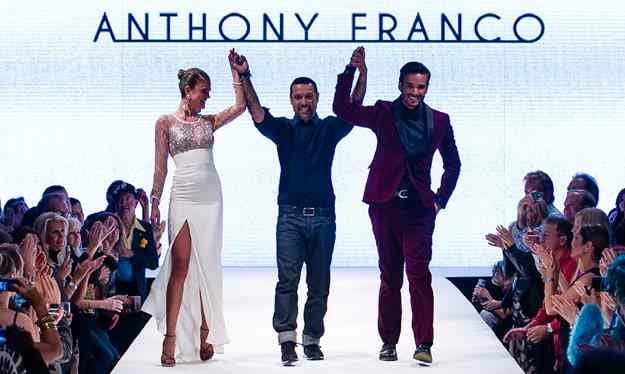 One of today’s hottest fashion designers, Anthony Franco, will open the entertainment lineup as the Hard Rock Hotel begins to make its presence known in downtown Palm Springs.

Franco headlines the inaugural Palm Springs Fashion Weekend with RESACA, Entering the Underworld, A Fashion Experience highlights the weekend of fashion-related events. A VIP party is scheduled for Oct. 25, with public events Oct. 26-27.

“We’re excited about working with the Hard Rock Hotel Palm Springs to bring the ‘next generation’ of live entertainment to the Coachella Valley,” says Jim Casey, co-owner, Troupe Productions. “I think we’re going to blow everyone’s mind with our imaginative, never before seen events and productions.”

Oct. 31 – Nov. 3: Feartastic
Vampires, vixens, and villains will be center stage at Feartastic, a star-studded weekend horror film festival. Eight films will screen at the Camelot Theaters with the Hard Rock Hotel Palm Springs serving as festival headquarters. The weekend will also include a Monster Rock Ball in partnership with BB Ingle.

Tickets for the events and shows will soon be available at Star Tickets. More information about all of the events will be released as details are confirmed, however room reservations are available at HRHPalmSprings.com

Upon completion this fall, Hard Rock Hotel Palm Springs will boast the legendary Hard Rock Hotel vibe favored by musicians and celebrities around the world. The hotel will offer 163 rooms with a lively, world-class pool, and will applaud music through brand wide programs.

Film producers Kim Waltrip and Casey of Kim and Jim Productions, and Trini Garza, of Live It Up Productions, formed troupe Productions, LLC, earlier this year. The production company is a one-stop shop for all areas of musical entertainment. Troupe’s inaugural smash show “Fifty Shades of Dusque” premiered at the Hotel Zoso in Palm Springs on New Year’s Eve 2012.

Casey and Waltrip are also the team behind Kim and Jim Productions, which is currently in pre-production on Lila and Eve starring Jennifer Lopez and Viola Davis. The company’s recent credits include Hit & Run, the comedy starring Kristen Bell, Dax Shepard and Bradley Cooper, and the soon to be released The Disappearance of Eleanor Rigby:  His and Hers starring Academy Award nominee Jessica Chastain, Golden Globe nominee James McAvoy and Oscar winners Viola Davis and William Hurt.