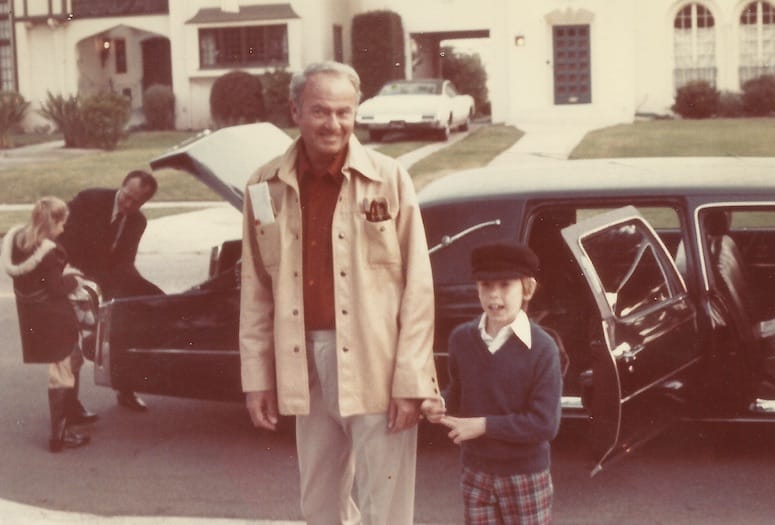 Harvey Korman with his son, Chris, and his daughter Maria in the background.
PHOTOGRAPHS COURTESY OF THE KORMAN FAMILY

As the famous adage goes, “Dying is easy, comedy is hard.” If it was challenging for actor Harvey Korman to score laughs, he never let on.

Best-remembered for his work on television as the show-stopping second banana on The Carol Burnett Show and for his unforgettable work in Mel Brooks movies, such as Blazing Saddles and High Anxiety, Korman was the consummate comedic performer in a prolific career that continued until his death in 2008.

Away from the set, Korman was a devoted family man. In particular he was incredibly supportive of his son Chris, who was diagnosed with a learning disability as a young boy. Korman, to show his appreciation for Frostig School, a specialized educational facility that Chris attended, organized yearly fundraising celebrity golf tournaments held in Palm Springs. Chris has now written OMG! It’s Harvey Korman’s Son, a loving memoir about life with his famous father.

Korman chatted with Palm Springs Life about the book, his father’s legacy, and what he enjoyed about spending time in the desert.

Your father still has legions of fans thanks to The Carol Burnett Show and several Mel Brooks films. Why do you think his performances are still resonating with people?

I think it was just clean comedy that’s timeless. It doesn't hit below the belt. It's not politically based. It was just pure comedy. 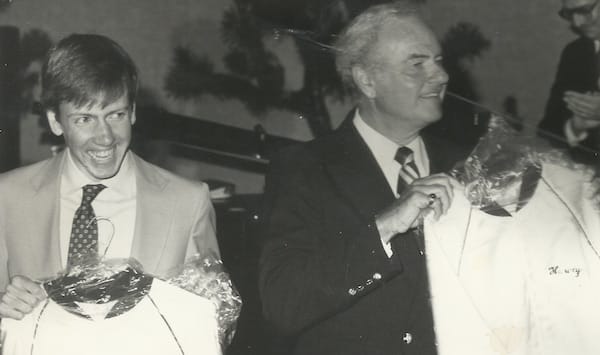 Chris Korman and his father, Harvey, at a function together.

In the early 1970s, your dad was practically everywhere with his TV series and the popularity of the Mel Brooks movies. How did your family life change when he suddenly became so recognizable?

How did your father enjoy working on The Carol Burnett Show?

Oh God, my father and Carol had the kind of chemistry like Carroll O'Connor and Jean Stapleton or Ted Danson and Shelley Long. When you have it, you just want to bottle it up. They had mutual love for each other, but they knew each other's rhythms. They understood each other's comedic sensibilities. And as much as it was The Carol Burnett Show, my father used to say all the time that Carol was the only artist he ever knew that gave away the store. She gave everybody a chance to shine. You don't find many people like that at all. It mattered to Carol that you spread the wealth around. You're only as good as the people that you play with. It's like tennis.

Your father sponsored golf tournaments in Palm Springs to raise awareness for your school. Why did he choose to do it here rather than some other place? 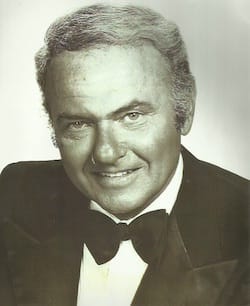 What do you remember about your family's visits to Palm Springs? What did your family enjoy doing in the desert?

I would caddy for him once in a while, which was kind of fun. When we went to Palm Springs it wasn't all about the golf, we did the other things. A lot of time was spent around the pool.

How different would you say he was in real life from the person on TV?

In your book, you speak very openly about your learning disability and how incredibly supportive your father was. What message do you want to impart to readers about this?

I think like anything you have to know what your strengths and weaknesses are. I think my strength is that I learn things better by reading it than by having it told to me. You have to find your strengths. But as far as the social development and all those things that come in together, to be my own self advocate, to be able to articulate what is it I need from the teachers, from the educators that are around me.

Parents have to be willing to let their child fall and figure out what is it they do and do not need for themselves to be successful, and not to shield them from adversity all the time. Let them figure out how to deal with a roommate, or a boss at work. The only way they are going to learn that they can handle these pressures is let them fall and pick themselves up. If you do everything for them, how they are going to learn, "Hey, I can do this." 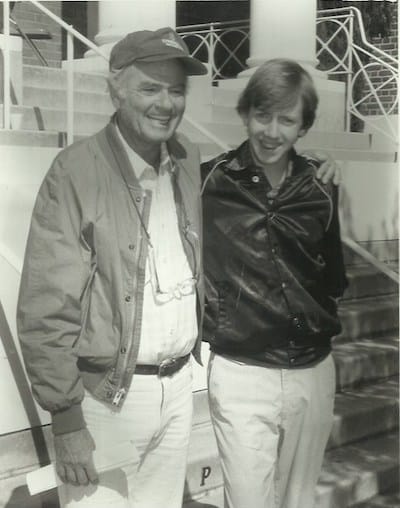 My father used to say all the time that Carol (Burnett) was the only artist he ever knew that gave away the store. She gave everybody a chance to shine. You don't find many people like that at all.

How do you think your father would most want to be remembered today?

Father first, husband, advocate, grandfather, father-in-law to my wife, artist last. He had lunches with Cary Grant and Anthony Hopkins, and it blew him away that they knew who he was and told him they were fans of his. He never measured his fame or his acting career as anything important. My father never got it until people came up to him and said, "You have no idea how impactful your life was to us.”

• READ NEXT: The Hollywood Coonection to the Desert: 4 Locations Used as Backdrops.