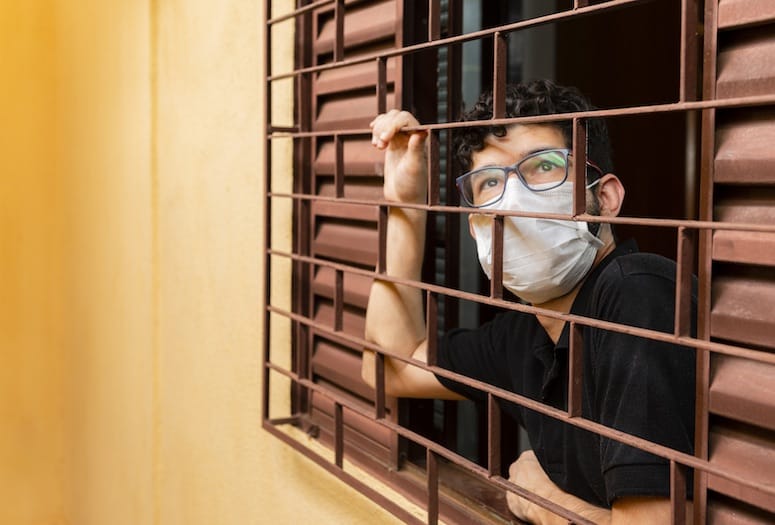 Desert Hot Springs’ unemployment rate has quadrupled since the coronavirus pandemic took hold in mid-March. While that jump from 6 percent to 24 percent is enough to raise eyebrows on its own, what is often lost in the equation is the health issue that ties into it.

“The social determinant of health, like in common employment and education, often have a much bigger impact on health outcomes than things like treatments, or your medications, or anything,” says Jenna LeComte-Hinely, CEO of Health Assessment and Research for Communities (HARC) in Palm Desert.

“It’s a huge deal,” she adds. “Anybody who’s been unemployed can tell you it’s so stressful worrying about whether or not you’re going to be able to pay the rent, or buy your food. Being that stressed all the time takes a toll on your physical health, as well as your mental health.”

The nine-part webinar series is a Palm Springs Life event in partnership with the Coachella Valley Economic Partnership and SBEMP Attorneys, and sponsored by Timo’s Air Conditioning and Heating.

• REGISTER: Webisode 3 and future discussions in the series, visit palmspringslife.com/ourevents. You can also view Webisode 1 on Tourism and Hospitality on the Palm Springs Life YouTube page.

LeComte-Hinely found the pandemic’s psychological stress has been felt disproportionately by people of color. Blacks, indigenous, and people of color have higher levels of anxiety and higher levels of difficulty sleeping. What those people indicate is their No 1 need are food banks, like FIND Food Bank in Indio, for enrichment. “You can’t be out enriching your health or the health of others if you don’t have enough to eat,” LeComte-Hinely says.”It goes for kids. You can’t learn in school if you’re thinking about your hunger.”

Many of those same families face bigger challenges for their children to do remote learning, says Saruwatari, noting 75 percent of the county’s population has an income of $35,000 or less. The lack of economic means spills over into mental well-being. Last year, Saruwatari says there were 47 overdoses for 15-to 24-year-olds. In 2020, there have already been 32.

Additionally, the county’s behavioral well-being program recorded a 16 percent increase in people seeking mental well-being or substance use treatment services, according to Saruwatari. And 20 percent of those people were from the desert region.

“I think really the big message is where people live, work, play, and learn really impacts their wellness,” Saruwatari says.