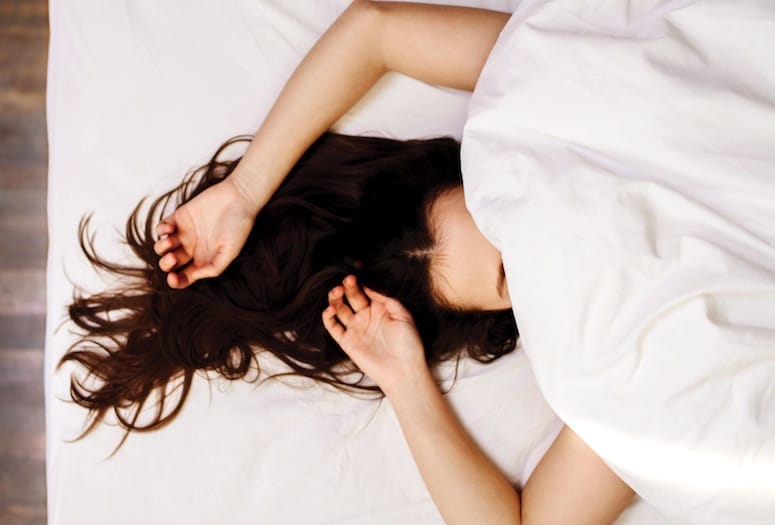 “You snooze, you lose” typically means you have to stay alert or you’ll miss opportunities. Fitness coach Michael Butler offers a happier spin: “You burn calories even while you sleep.”

Daytime activity is hardly the sole arbiter of health.Not getting enough quality time in dreamland interferes with the body’s natural method of rejuvenation. According to the Centers for Disease Control and Prevention, 30 to 40 percent of U.S. adults report insufficient sleep (defined as less than seven hours a night). Consequences involve more than crankiness. It increases the risk of diabetes, cardiovascular disease, stroke, obesity, and depression.

“Minimize those things that impair a good night’s sleep, like television, caffeine, or drinking too many fluids in the evening,” psychiatrist Juan Gonzalez advises. “Turn around or cover up the bedside clock. There’s no need to see the time every few minutes, which may worsen stress about not being able to sleep.”

What ONE thing should you do every day?

“Move. The worst thing you can do is sit all day.” — Michael Butler

“We’re all addicted to our phones, computers, and TVs,” fitness coach Jay Nixon says, pointing a finger at the emitters of blue wavelengths that disrupt circadian rhythm. “Try to remove those stimuli an hour before bedtime or wear blue light-blocking glasses.” Also, he says, avoid eating and exercising an hour before crawling between  the sheets.

“From a supplemental standpoint,” he continues, “the only [sleep aid] I recommend is a micro dose of melatonin: one-half to one milligram. I prefer melatonin in a spray [versus pill form] because you can easily regulate the dosage.”

If insomnia results from stress, Nixon says, “Do a simple brain dump.” Empty the worries from your brain into a journal. Then clear the remaining cobwebs with a monosensory activity such as meditating for five minutes.