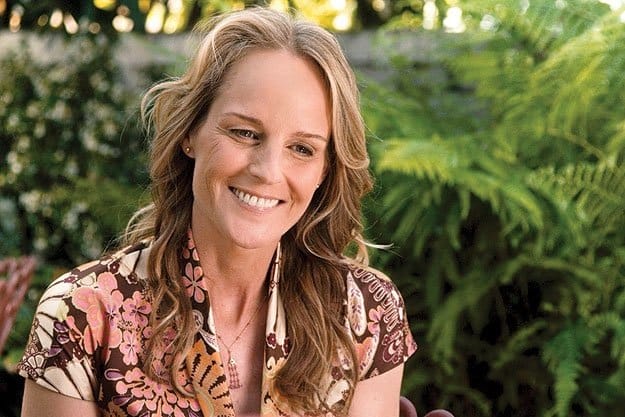 Actress Helen Hunt, who appears on the cover of the January issue of Palm Springs Life, has received an Oscar nomination for best supporting actress in the movie, "The Sessions".

Hunt was one of several Oscar-nominated actors to attend the Palm Springs International Film Festival's (PSIFF) Gala Awards program on Jan. 5 at the Palm Springs Convention Center. The nominations for the 85th annual Academy Awards were released Thursday. The Oscars will be awarded Feb. 24 at the Dolby Theatre in Hollywood, and televised starting at 4 p.m. on the West Coast.

In 1998, Hunt received an Oscar for her portrayal of Carol Connelly in the movie, "As Good As It Gets", which also starred Jack Nicholson and Greg Kinnear.

Also appearing at the Gala and nominated were Naomi Watts for best actress in "The Impossible"; Bradley Cooper for best actor in "Silver Linings Playbook", which was also nominated for Best Picture; Alan Arkin, best supporting actor for the movie, "Argo"; Sally Field for her supporting role as Mary Lincoln in the Oscar nominated film, "Lincoln", which led with 12 nominations overall, and Ang Lee and David O. Russell for best director of "Life of Pi" and "Silver Linings Playbook", respectively.

Absent from a nomination was Ben Affleck, who starred and directed the film, "Argo". Affleck was present to accept the Ensemble Performance Award from the PSIFF along with Bryan Cranston and Arkin.