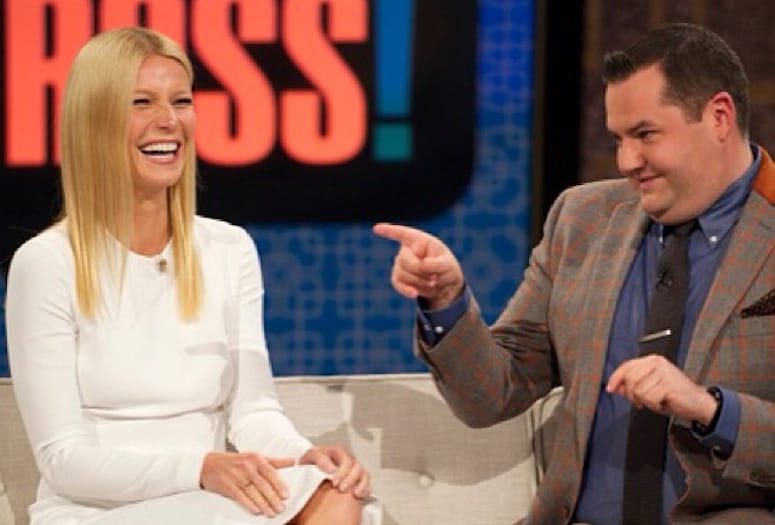 The introduction to both has taken on a whole new meaning for Ross Mathews, who began hosting his own show this fall on the E! Network called – wait for it – “Hello Ross!”

The part-time Palm Springs resident, whose partner, Salvador Camerena, grew up in Indio (pictured below), has made a meteoric climb from his heyday as the correspondent on “The Tonight Show with Jay Leno” and then graduating to being a regular on another hit late-night show, “Chelsea Lately".

“Mine is not exactly an orthodox trajectory to success in Hollywood,” Mathews tells palmspringslife.com. “But without going to Hollywood first, I probably wouldn’t have come to Palm Springs. So I guess you could say that my journey to being part of the desert community was not exactly orthodox either.”

Mathews will be in Palm Springs for Gay Pride weekend, achieving yet another crowning moment in his career by serving as Celebrity Grand Marshal for the Nov. 3 Gay Pride Parade down Palm Canyon Drive.

“Being asked to be celebrity grand marshal is really a wonderful thing for us; it’s more of a homecoming than it is like going out of town to do an event,” Mathews says. “It makes me feel so grateful to be recognized as a member of the local community. So no, this isn’t a case of importing a celebrity from Hollywood. I think we qualify as locals.”

Camerena says the desert lifestyle fit perfectly for the couple, who bought a home in the Coachella Valley just over a year ago.

“I love the design aesthetic here,” Camerena says. “I love the feeling that you really are somewhere that values creativity and style when you’re in the desert.

However firmly transplanted into the desert floor Mathews and Camarena’s roots may be, there’s no denying that this is indeed a powerhouse Hollywood celebrity couple.

As if having his first book (a memoir with the title, Man Up!: Tales of My Delusional Self-Conﬁdence that includes a forward by Gwyneth Paltrow and an afterward by Chelsea Handler) become a best-seller, Mathews has appeared on dozens of television shows and even shown up as a guest co-host on ABC’s The View.

Add to that a recurring role on Days of Our Lives, an interview of First Lady Michelle Obama, not to mention one with Sen. John McCain and you get the picture: Mathews is the real McCoy when it comes to celeb credentials — that “unorthodox trajectory” he sometimes cites in interviews, notwithstanding.

Camerena's no slacker either. His stylist creations having found their ways to the red carpet of the Oscars and the glossy pages of numerous lifestyle and fashion magazine titles — even a hit reality series’, such as the Real Housewives franchise.

True to the Cause

Both Mathews and Camerena are strong supporters of the Human Rights Campaign, the former having been honored with HRC’s Visibility Award.

Yet, neither the glitz of glamorous Palm Canyon Drive, which a convertible will carry Mathews and Camarena down during the Pride Parade, nor the glare of his currently skyrocketing career threaten to obscure Mathews’ perspective on equality and Pride’s reason for being.

Catch Ross Mathews when he signs his book, “Man Up!: Tales of My Delusional Self-Conﬁdence” from 6-8 p.m. Nov. 1 at Trina Turk, 891 N. Palm Canyon Drive, Palm Springs. RSVP required by Oct. 25 to palmsprings@trinaturk.com