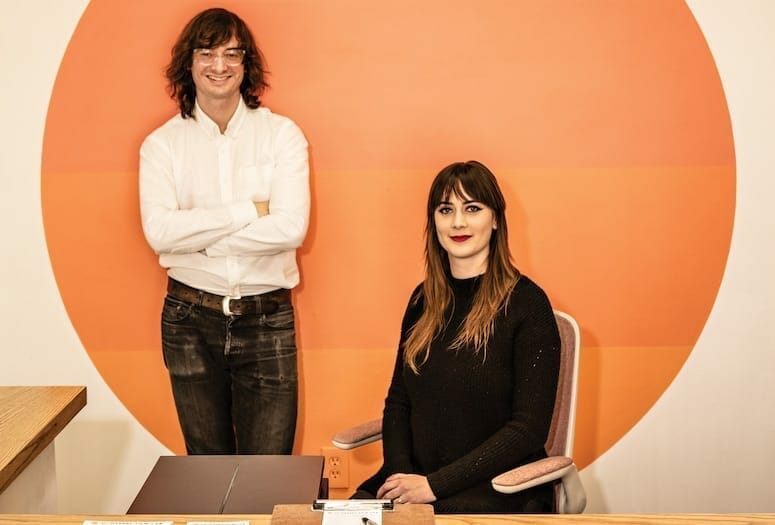 Stephen and Nicole DeWitt have created a haven for camera film lovers.
PHOTOGRAPHY BY FREDRIK BRODEN

The walls of the entryway to Hi-Desert Film Lab are adorned with photographs and paintings depicting artist Sunny Rolfs’ relationship to the desert. The space, once a tattoo parlor and before that, the waiting room for a doctor’s office, is cheery and sunlit — a warm welcome for the photography aficionados and the curious who came for its opening in December. The atmospheric exhibition provided the appropriate kick-off for the film-focused studio and shop in Yucca Valley.

Nicole and Stephen DeWitt searched tirelessly for the perfect space to open their business. In mid-2021, the couple left their first High Desert location in Joshua Tree in pursuit of something cooler in the most literal sense. The original building’s insufficient air conditioner allowed for sweltering indoor temperatures, and the combined heat and fumes from film-developing chemicals was less than ideal. 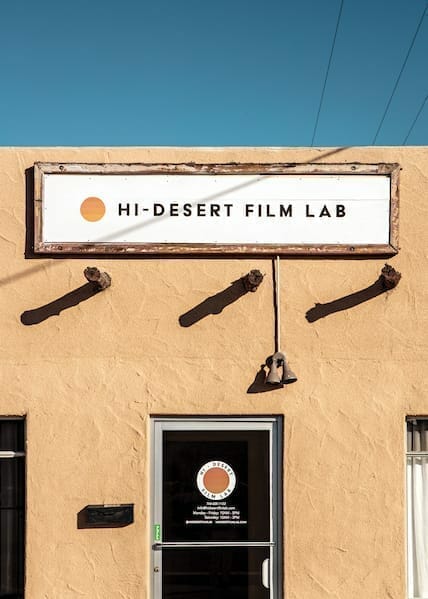 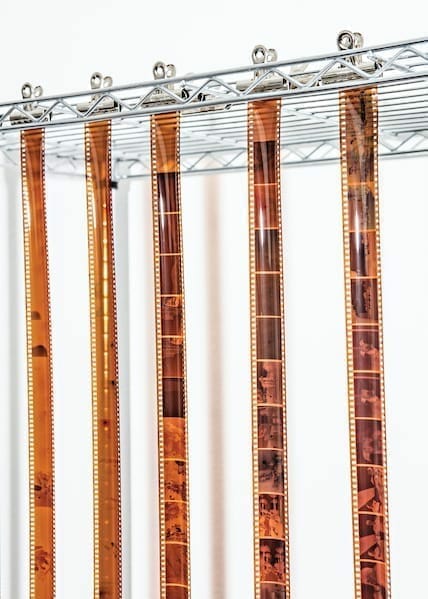 The new site off Mohawk Trail in Yucca Valley has central AC. The space is somewhat bare-bones, a work in progress. A faint smell of fresh paint from the recently coated white walls lingers in the air. Rolls of undeveloped film sit on the front desk alongside scanners: a Kodak Pakon 135 Plus for 35mm film and an Epson Perfection V850 Pro for everything else. The shop already has several regulars.

Black and white tiles trail across the ground from the gallery into the heart of the building. Here, there’s a darkroom and a portrait studio with soft boxes that customers can rent.

Additionally, the shop offers analog enlargements and will soon function as a community workspace with group classes. The DeWitts are passionate about making analog photography accessible to anyone with the curiosity. In today’s high-tech climate, many people have access to cameras in their back pockets by way of smartphones. But those with a keen eye for composition with little to no knowledge of the innerworkings of film might feel intimidated by the process, and the DeWitts want to alleviate this trepidation. 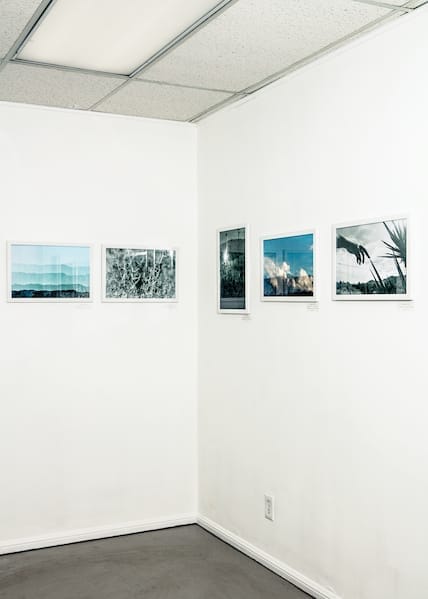 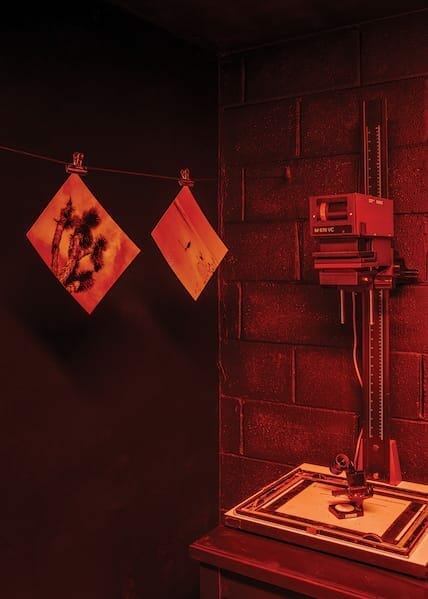 The DeWitts offer the darkroom and portrait studio for rent.

Nicole discovered photography in high school. “I went to an arts magnet school in Jacksonville, Florida, with a great photography program and a darkroom,” she says. “When I went into it, I was like ‘Who does darkroom stuff anymore?’ Who cares? I’m going to shoot digital.’” Later, she ate her words.

Years ago, when the couple lived in Nashville, Tennessee, Stephen let Nicole set up a darkroom in the spare bedroom of his recording studio. There, she developed her own film and made prints — and she has never looked back.

Stephen’s introduction to photography came at an early age. “My aunt Rita and uncle Bart were university-level photography professors,” he says. “I grew up looking at their art on my grandmother’s wall or at their house. Bart used to make these prints in the dark room where he would combine different negatives into a single print, which I still don’t know how to do.”

As a child, Stephen shot with disposable cameras while on Boy Scout excursions, but then forgot about photography until he met his Nicole. Previously, he was focused on music, playing and touring with bands. (He’s building a recording studio inside the film lab.) 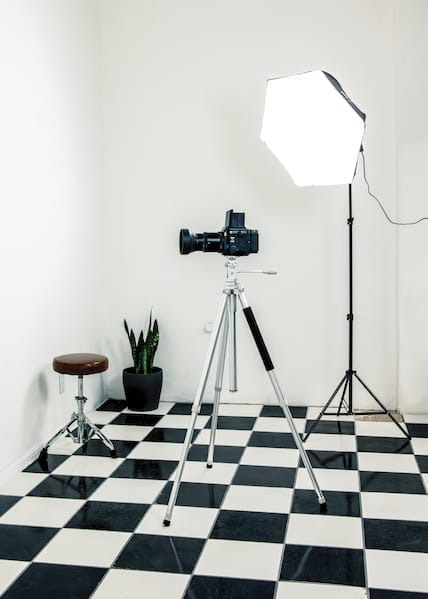 The decision to relocate to the Mojave Desert from Nashville was somewhat spur-of-the-moment. “It rained for a month straight,” Nicole says, “and we were like, ‘We have to get out of here.’”

“The DJ at the local radio station was like, ‘It’s raining again. The 31st day. I hope everyone’s doing OK,’” Stephen adds. Everybody was not doing OK. A joke about moving to the desert turned into a plan, and the next thing they knew, they were driving their van with a hitched trailer across the country.

Polaroid photos from Hi-Desert Film Lab’s grand opening party line a table near the portrait studio. Smiling faces — some holding their own analog cameras — peer out through white frames.

The studio and shop has undoubtedly become a haven for film lovers, but the DeWitts hope to build something more: a community.