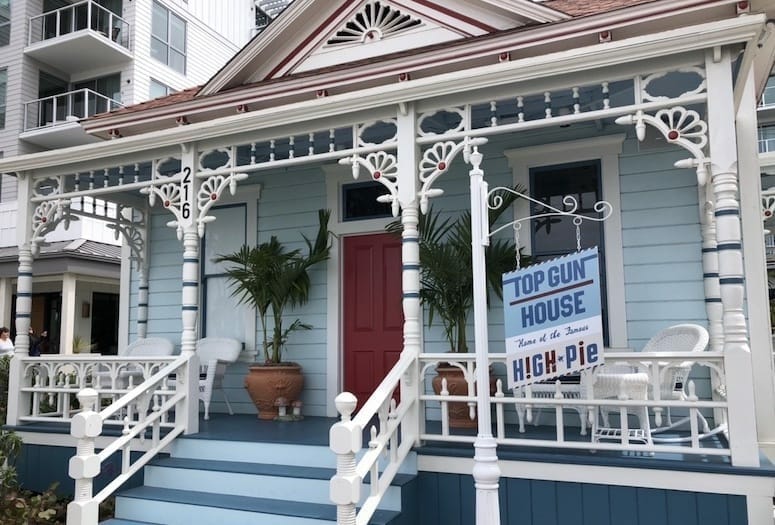 Excitement has been palpable near Oceanside Pier this month. Bystanders “oohed and aahed” at four colorful planes flying in formation, guests clinked glasses at a rooftop party, locals and tourists lined the sidewalk, people posed on a racy red motorcycle and a tiny van rushed trays of little hand pies to a new eatery that brings back memories of Tom Cruise and his 1986 Top Gun movie.

With lots of red, white and blue, HIGH-Pie has taken off in a new version of a humble historical beach cottage used in Cruise’s movie, just in time for this week's release of the sequel, Top Gun: Maverick. If business owner, Tara Lazar, has her way, her concept will zoom into orbit.

A Palm Springs native, Lazar created popular breakfast spot Cheeky’s, as well as Birba, Mr. Lyons, Seymour’s, Alcazar, Toucans and F10 hospitality, all in the desert. A year ago, at Mission Pacific Hotel on Pacific Street, she opened a breakfast, lunch and sunset cocktails spot, High/Low. Since no dessert is served there, she opened HIGH-Pie next door this month. 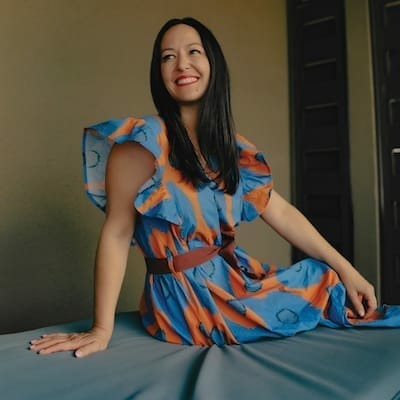 PHOTOGRAPH BY TRACY NGUYEN
Tara Lazar, who was honored this week by Palm Springs Life's Women Who Lead, opened HIGH Pie this month.

General manager for both locations, Elijah Alexander, paused recently after rushing trays of little hand pies to the back of the shop, to comment on Lazar’s latest venture.

“Tara is the most creative, unique, driven individual and chance-taker I’ve ever met,” he says. “We researched and experimented with this for a year. She wants to take it all over the country and big.”

Customers bought 800 pies in one day during the store’s opening period, and HIGH-Pie has sold out every day since then, Lazar says. They’re often shutting doors before “closing time.”

Staff are so slammed with demand for the pastries, filled with apple or cherry compote, that they have apologized for substituting strawberry rhubarb instead. “Strawberry rhubarb? That’s my favorite!” gushed some happy visitors, not at all disappointed. Some among the crowd confided that they don’t usually care for pies, but these are so fresh they really enjoyed them. Some are buying them by the dozen. The “fried-to-order” delicacies are created in a nearby kitchen and driven to the store. 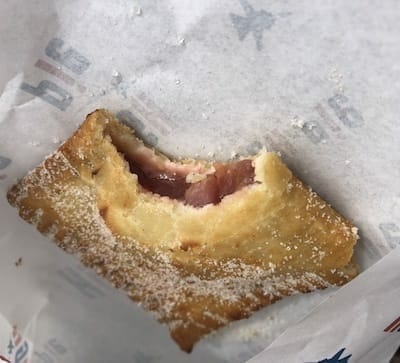 HIGH-Pie patrons enjoy the mini-pies as “just a little something sweet” after lunch near Oceanside Pier.

Without giving away details, Lazar confirmed she’s excited to grow HIGH-Pie and would love to see it “take over the world.”

“Everyone needs pie,” she says. “And, it’s the perfect size for anything from sports events to weddings, to family day trips or as a sweet gift to bring to your next dinner party.”

Lazar, who was recognized by Palm Springs Life this week as one of three Women Who Lead honorees, says she likes to give her customers “an experience … that takes them outside of their lives.”

Certainly HIGH-Pie’s popularity is about way more than pies; it is timely and brilliantly conceptualized local, national and international nostalgia in a prime tourist destination. As something old, something new, something borrowed, something blue, this is a marriage of so many crucial elements. 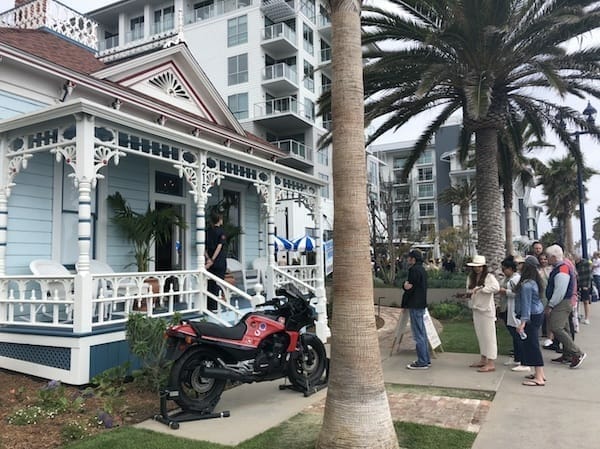 Since its opening, HIGH-Pie has drawn big crowds in Oceanside.
The blue bungalow dates to the 1880s and formerly resided two blocks to the south. Ever since the original Top Gun hit the screens, the house has been affectionately referred to by locals as the “Top Gun house.” The house was featured in a scene as the home of Cruise’s on-screen girlfriend, played by Kelly McGillis. 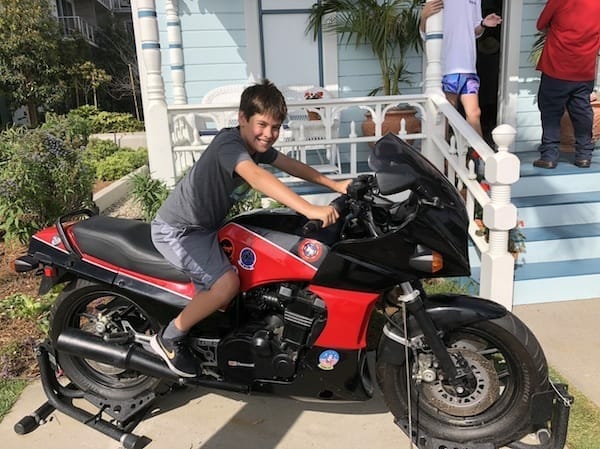 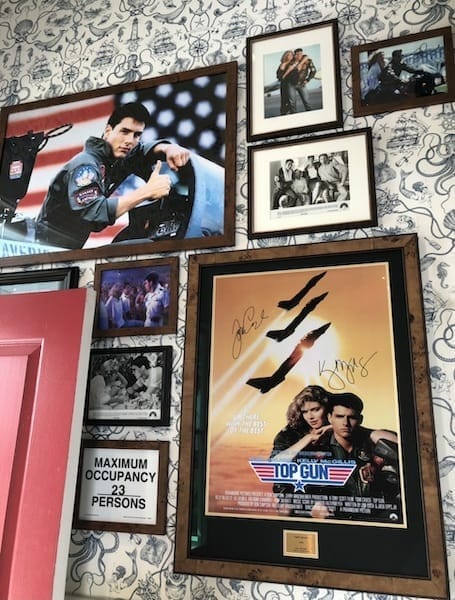 As guests go through the front door, they can turn to the left to see framed and signed movie shots of Cruise and McGillis, then order from a variety of delicacies, including mini-pies on popsicle sticks, some filled with mascarpone ice cream and served with dipping sauce, plus a New Orleans style iced coffee with sweet milk, called Buzz the Tower.

The renovation and relocation of the building were paid for by Scott Malkin, founder of S. D. Malkin Properties, the investment company that built Mission Pacific Hotel and its adjacent Seabird Resort.

Now, the cottage, formerly known as the Graves House, named after its original owner, Dr. Henry Graves, is having a new “hey day,” all spruced up and the center of attention just a few miles from another military installation, Camp Pendleton. The Top Gun academy scenes were shot at the Marine Corps Air Station in Miramar.

VIDEO: Watch this clip from the original Top Gun movie that shows the Oceanside house.

• READ NEXT: Pool Party in La Quinta Involves Sexy Lighting, Fab Food, and Live Music. Try it for Yourself.