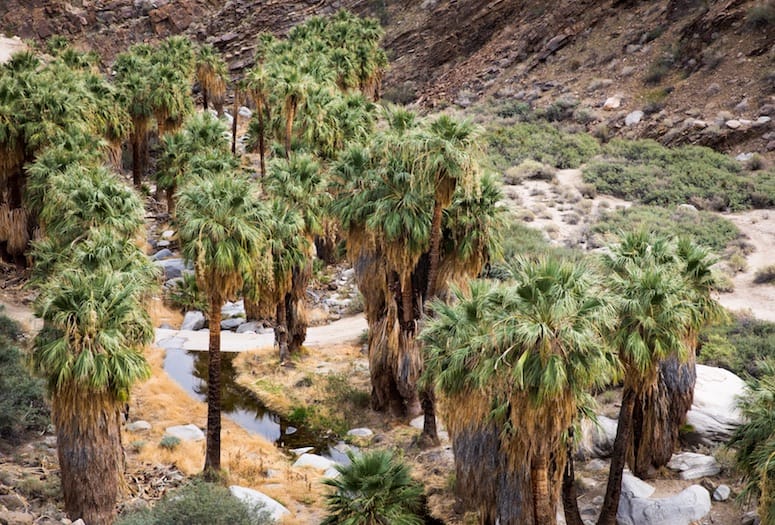 Indian Canyons is a popular area to hike in south Palm Springs.
PHOTOGRAPH BY GETTY IMAGES

A new travel guidebook describes more than 30 day hiking trails in Palm Springs, the Coachella Valley, and the surrounding area.

“The Coachella Valley is chockful of great trails and hidden wonders,” Bignell said. “You can hike to the top of 10,000-foot high peaks. You can head through desert oases and to waterfalls. You can walk amid the remains of ancient volcanoes.”

A national park, a state park, two national forests, and a variety of other public lands all are open to hikers, bicyclists and other outdoors lovers in Palm Springs and the Coachella Valley. Many are free while the others carry a nominal entrance fee.

The book provides a plethora of information about each featured trail, including:

• Driving directions to the trail

• Where to park and find the trailhead

• Scenic points to look for on the trail

• Best times to hike the trail 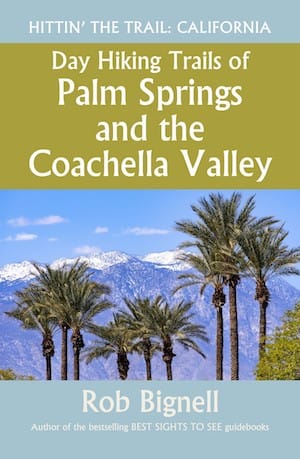 “Many of these trails are perfect for families with children,” Bignell said. The trails run from a tenth of a mile to seven miles in length, with most only one to three miles long. His son Kieran hiked many of the trails with him.

Day Hiking Trails of Palm Springs and the Coachella Valley is the latest in several bestselling hiking guidebooks Bignell has authored. Earlier this year, his Best Sights to See at Indiana Dunes National Park topped three Amazon.com’s bestsellers list for Travel ebooks. In 2018, his Best Sights to See at Great Smoky Mountains National Parks spent more than three months at No. 1 on Amazon.com’s bestsellers list for Travel>Tennessee ebooks. Several other books about national parks, Wisconsin and Minnesota have hit No. 1 on Amazon.com lists during the past seven years.

Bignell lived and worked (as an editor at The Desert Sun) in Palm Springs during the 2000s. More than three years of research went into the book. The articles were originally written for and appeared in the Uken Report (ukenreport.com), which strives to be the most authentic, respected online news and marketing platform in the Coachella Valley.

An avid backpacker and long-time editor, Bignell is uniquely qualified to write about hiking, especially for families. Bignell has served in the Army National Guard and taught middle school students in New Mexico and Wisconsin. A former newspaper and magazine editor in California (San Diego, Santa Clarita, and Crescent City), his journalism work has won several awards, from editorial writing to sports reporting. In 2001, The Prescott Journal, which he served as managing editor of, was named Wisconsin’s Weekly Newspaper of the Year.

This is Bignell’s 26th hiking guidebook. He now lives with his son in western Wisconsin.

The book can be purchased online by clicking HERE.