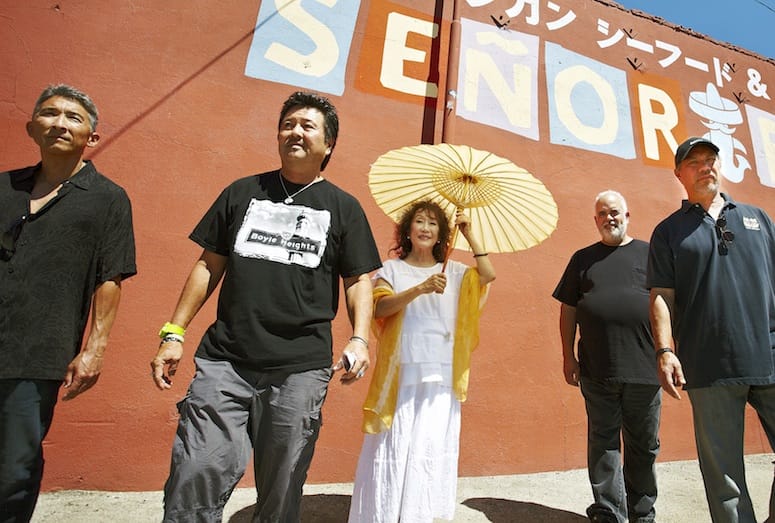 Dan Kuramoto recalls playing at a picnic with his college art school band when he heard the beautiful notes of the koto, a 2000-year-old classical Japanese instrument.

“There was a beautiful girl, an astounding musician, and I didn’t think it possible for someone so young to play with such skill and depth,” he says. “June (now, Kuramoto’s wife and band mate) liked our music and wanted to connect the traditional Japanese music she loved with Western music. She had a dream to find a way to make modern music and merge the multiplicity of styles…to play Smokey Robinson with the koto.”

It’s been more than 40 years since East met West to form the band, Hiroshima, introducing America to its unique multi-cultural blend of Asian-American jazz fusion incorporating world beats, Latin rhythms, and the soft tones of the koto.

Coachella Valley residents can hear Hiroshima perform at 7 p.m. May 16 at The Westin Mission Hills Golf Resort & Spa in Rancho Mirage to conclude “The Grooves at The Westin” concert series. Hiroshima has been together for more than 40 years.

“We like to think we’re going to give the folks in the desert valley an entrée into the change of seasons…a very Japanese thing as we go from spring into summer,” Kuramoto says. “We have a lot of fresh moods, we’ll play some of our new music from our last record. We’re also going do lots of imagistic music, luscious and beautiful pieces that are a lot of fun. We believe there’s a place for beautiful soulful, spiritual, music.”

• The instrumental Thousand Cranes was voted Hiroshima’s most popular song of their career in a fan-based website survey.

• Hiroshima is currently working on its latest project, Songs with Words, to be released in 2015.

“We never fit into a particular style or genre,” says Kuramoto, a wind instrument musician. “The record stores never knew what bin to put us in. Jazz, world music, R&B…we didn’t have a category.  The uniqueness that June provides as a Japanese American combined with our SoCal roots, we grew up here in Los Angeles, makes our music fresh, innovative and absolutely American.”

“There is a fun Latin cross section of SoCal music and flavors that we grew up with and love,” he adds. “These sounds are represented as well Eastern influences embedded in all the music we do. We like to think it’s become one kind of All-American music. There’s no one like us and that’s a good thing.”

According to Kuramoto, Hiroshima’s success and longevity is due to their passion for operating out of the box.

“It’s always a challenge to do something different that people can relate to and dig. That’s what motivates us to keep going,” he says. “As long as we expand people’s listening, that music is growing, it’s dynamic and always changing, then we are doing something right.”