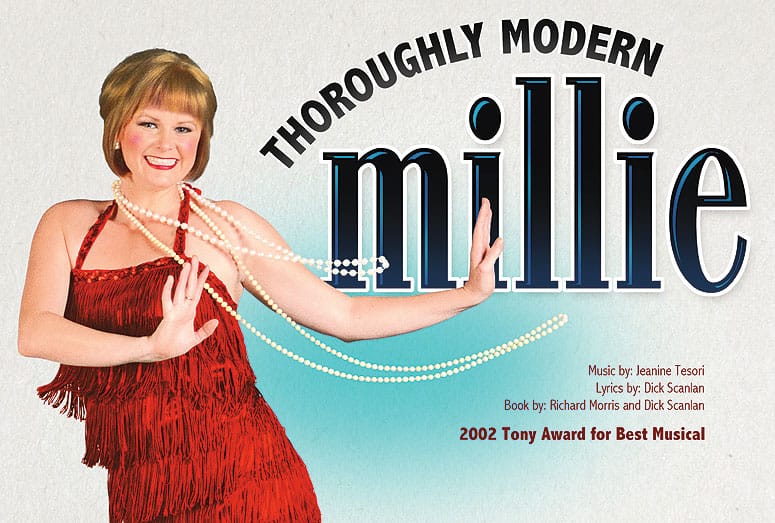 This month, the play’s the thing in the desert. From epic drama and thrillers to camp comedy, there’s no better time to see some of the Coachella Valley’s most talented performers.

Palm Canyon Theatre presents Thoroughly Modern Millie from May 2 to 11. Based on the 1967 film starring Julie Andrews, the local production is true to the original score, with sets constructed in house. Kellie McLean plays small-town girl Millie, a New York newcomer determined to marry for money. McLean last played Elle in the theater’s 2013 production of Legally Blonde. Nicholas Sloan, who portrays Jimmy Smith — the poor playboy who steals her heart — recently ended a local performance in the title role of Jesus Christ Superstar.

Next up at PCT is the Tony-winning Equus, May 16-18. The play involves attempts by psychiatrist Martin Dysart to understand Alan Strang, a young man with a pathological religious fascination with horses. It stars 18-year-old desert resident Jake Phillips as Strang.
538 N. Palm Canyon Dr., Palm Springs
760-323-5123; palmcanyontheatre.org

College of the Desert brings its production of Boublil and Schönberg’s Les Misérables to McCallum Theatre from May 1 to 4. The fully staged show features the complete Broadway orchestration. COD productions have won the Desert Star “best musical” awards for the past six years.
73000 Fred Waring Dr., Palm Desert
760-340-2787; www.mccallumtheatre.com