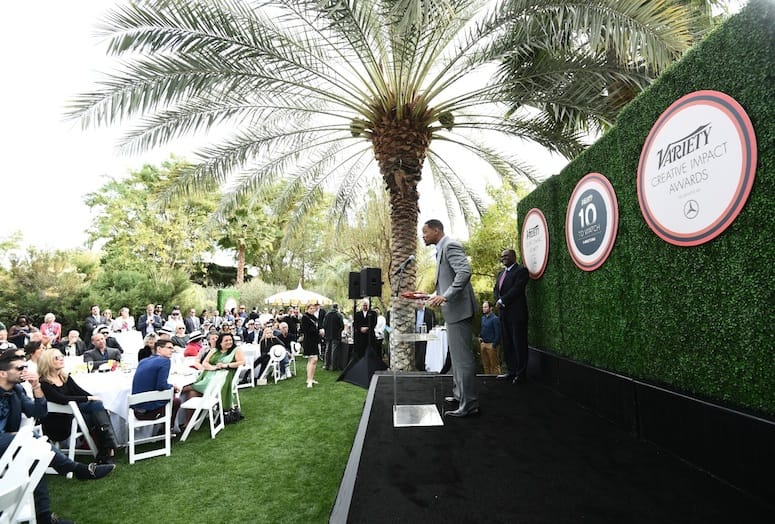 How, exactly, does Palm Springs keep its cool?

As a kid who grew up in an anodyne Los Angeles suburb and came to the desert chiefly to visit grandma (a Minnesota transplant who ran the gift shop at the Riviera Hotel, whose pool area figured prominently in 1963’s Palm Springs Weekend), I always thought of it as a place of weird retro buildings and natural magnet for people of a certain age.

Now we all know that modernist architecture is wildly in demand and the demographics are shifting like the sand dunes that still straddle Highway 111 as it veers into the Coachella Valley. Architecture is all the rage in Palm Springs, like the Visitors Center and the building's original design by Albert Frey.

There’s the camera culture, of course: Valentino as the silent Sheik did his part to bring the desert chic early on, director Frank Capra set his sights on this arid aesthetic and in 1936, Greta Garbo’s melodramatic masterpiece Camille had its premiere at the Plaza Theatre in downtown Palm Springs (the Spanish-style building is still there).

Garbo, famously reclusive, is said to have watched the screening hidden behind sunglasses in the back row. Who knows if it’s true, but there’s nothing like questionable veracity to build up a destination’s mystique. From Cary Grant to Marilyn Monroe and (oh yes) Elvis, Hollywood’s brightest stars are the foundation stones of Palm Springs coolness.

Many California towns trade on their storied pasts, but the history of Palm Springs is inexorably aligned to that ultimate fulcrum of pop culture: Hollywood. During the Hollywood heyday of the 1920s and 30s actors and directors were bound by contract to keep within a hundred-mile orbit of the movie studios, and nothing could match Palm Springs for hideaway appeal. Cary Grant and his wife Betty Drake at Smoke Tree Ranch in 1972.

If escape hatch simplicity is key, another secret of Palm Springs' trademark allure is its lack of complication. Leave the urban sprawl to Los Angeles and intellectual exertions to destinations up the coast (or on that other one): this is the kingdom of orange daquiris sipped by the kidney-shaped pool, where lush golf courses rise up from the badlands and where you can sidle up to a bronze sculpture of Sonny Bono on Palm Canyon Drive.

It’s a time warp with uncanny staying power, and though for three months out of the year it feels like the place is on fire, it’s also hardwired to throw a party for almost any reason. Consider the PSIFF —once a mere pip squeak, it’s now a film festival heavyweight second only to Cannes for red carpet cachet.

Pop culture feeds on a range of intersecting vibes: you want class? Just say Sinatra. Angst? Robert Downey Jr (in a past life). It also needs millennials. So let’s not forget Snoop Dogg’s P.S. shout-out in Katy Perry’s California Gurls. Or that before she shot through the fame roof like a cannonball, Lady Gaga just danced her way (brilliantly) through a White Party or two in downtown Palm Springs. Or that Miley Cyrus chose the Ace Hotel to chill out before glamming it up 99 miles away in L.A. at the VMAs last year. And take just one step back to the ultimate chronicle of Generation X, the eponymous novel by Douglas Coupland. The story opens on the patio of the ruminative narrator’s rented bungalow in Palm Springs, from where he drinks in "the cinnamon nighttime pong of snapdragons and efficient whiffs of swimming pool chlorine that drift in from the courtyard."

Friends, you have just entered the desert hipster zone. And remember: if you forget to bring your vintage shades, there’s plenty more at that cool little consignment store — or hotel gift shop — up ahead.

Anthony Grant has reported on desert culture for Palm Springs Life, The New York Times and and produces The Tel.