How Sweet it is for Sharpova 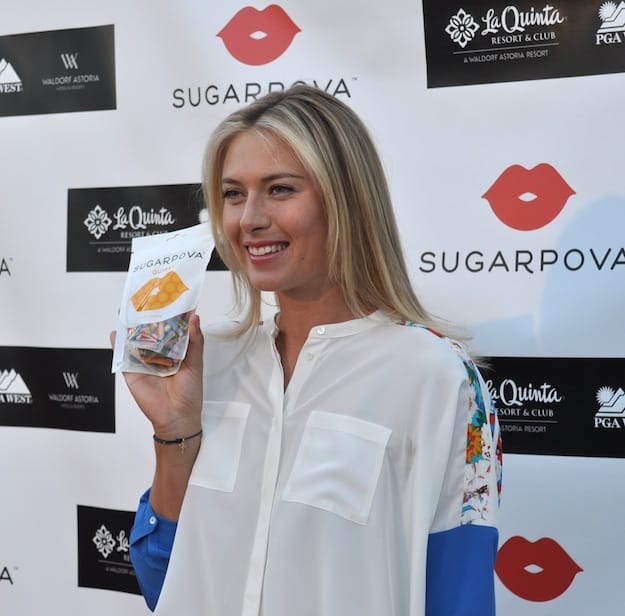 Maria Sharpova makes a million of them on the tennis court and apparently the right ones, which probably explains why she is currently ranked the No. 3 player in the world and also owns four Grand Slam singles titles.

When it came to launching her own business, Sharpova wanted that decision-making control. She had done apparel lines with Nike and Cole Haan, but those were collaborations.

“None of those decisions were all mine,” Sharpova said Wednesday at the La Quinta Resort & Club. “That was drew me to this project. I wanted to make all of the decisions at the end.”

As she preps to make her 11th appearance in this week’s BNP Paribas Open at the Indian Wells Tennis Garden, Sharpova took time out to officially introduce her line of premium candy, Sugarpova, to the Indian Wells faithful. The tournament has almost become her second home because it was one of the first she competed in as a young teen, and now she can drive to the event since establishing a home in Manhattan Beach.

“I had this itch to start my own business, and I thought this was a really unique opportunity to say it with candy,” Sharpova said. “I did something that was quite unexpected. I think many people do clothing lines, perfumes, and this is probably one of the first times someone did something with candy on their own.”

After winning last year’s French Open, Sharpova took a plane to Spain where the candy manufacturer plant resides and spent hours creating distinctive flavors and shapes in order to launch the product at the U.S. Open in New York.

The naming process was a breeze compared to some of the other challenges she faced as a first-time entrepreneur.

“Sugarpova was the first name that actually came up in conversation with my manager and someone else who was working on the collection,” Sharpova recalled. “When I heard it, I didn’t think about it too much, but I just started laughing. I thought it was really funny and that’s what really got me, it was young and fresh. When I say it, I’m always smiling and that’s big.”

The lip logo was her idea, noting she has always liked the imagery, and this was one of the first times she stepped in front of a camera and took creative control of the image.

“It was a lot of pressure,” she said.

The product is currently available locally only at Lollipops at the La Quinta Resort & Club, but is available online and distribution is continuing to grow.

“It’s been received so great,” Sharpova said. “My personal expectations were low since this is the first business I have ever started, and just because it was so unexpected. I never expected to get so much recognition as a start-up company. This is a premium candy line, and not many do it this way.”