How to Navigate the Palm Springs International Film Festival 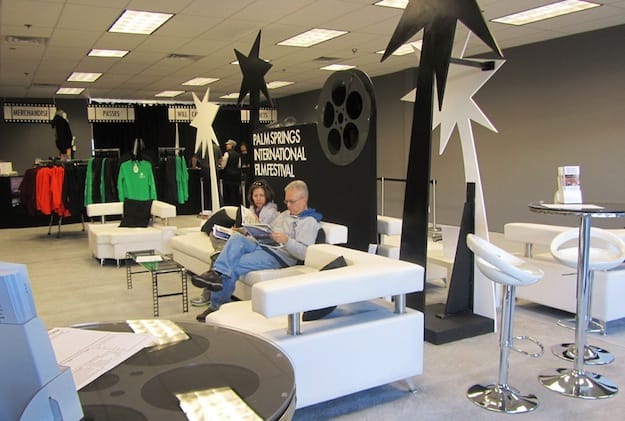 Are you ready to be entertained, provoked, amused and enlightened by stunning visual stories from around the world?

“We have a lot of pass holders, regulars who come back every year,” says Helen Du Toit, PSIFF artistic director. “Many who see 25 films, some 40, and there have been regulars who claimed to see 68 films, which seems almost physically impossible. But I’ve done it myself at a festival so I know it’s possible. A little insane, but possible.”

Seven full-time and two associate programmers screen up to 400 films a year searching for the movies that end up at the festival. With such a diverse program, making your film selections can be a little tricky, especially for first timers.

One of the more logical routes for finding your film preferences is to look at films in the Sections: Nordic Light; New Voices/New Visions; Modern Masters; World Cinema Now; True Stories; Awards Buzz.

Du Toit says she always tracks filmmakers whose work she loves, but “the greatest pleasure for a programmer is stumbling upon a film that you know nothing about and discovering a new filmmaker. That’s the most exciting thing… like you’ve been panning for gold and then find it in some creek.”

So for the thrill of discovering unexpected gold, Du Toit suggests taking a chance on something unfamiliar when making your film selections.

After reviewing the festival program, Du Toit recommends answering one question: Do you want to feast, snack or enjoy a buffet of films?

Feasting – Film Festival feasting is partly a matter of pacing yourself, figuring out how many films you can handle a day. The average film is about 100 minutes. You can pack in five films a day if you have the stamina for it. Decide on your priority films, and then fill in other films around those first choices.

Snacking – Do you want to snack on things you know you love? If so, think in terms of your favorite filmmakers, or a genre you like, or comedies if you’re a comedy buff, or films from a particular country you’re interested in, etc., and select on that basis.

Buffet – Feeling adventurous? Select a grab bag of films from around the world. Read through the film descriptions and find titles that sound intrigue you. Pick whatever piques your interest.

In between films, the PSIFF Lounge at Courtyard of Palm Springs, adjacent to the Regal Cinemas Palm Springs Stadium 9, offers a place to relax and mingle with other film goers. It’s also where you can buy tickets and find festival merchandise for sale.