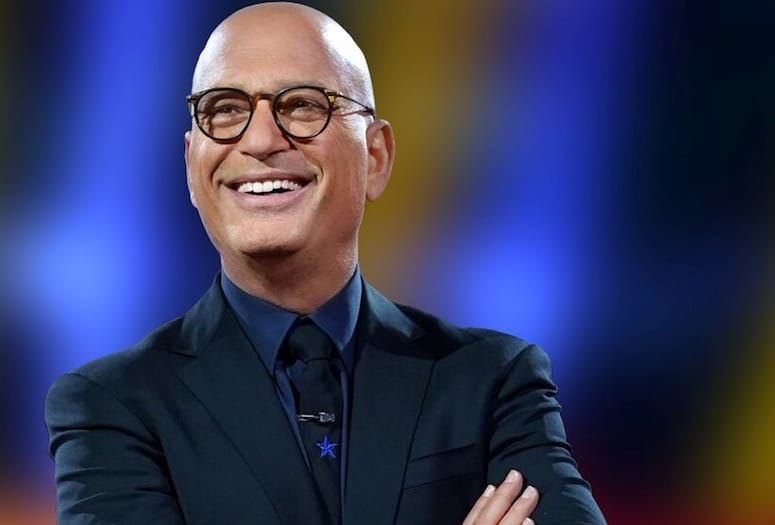 Howie Mandel: "Somebody may say, 'You only live once,' but isn’t really true. You only die once, and you have to live every day.”
PHOTOGRAPH COURTESY FANTASY SPRINGS RESORT CASINO

To be sure, making a splash in comedy is no easy feat. Still, Howie Mandel has managed to do it with a kind of innovative zest to keep the public invested in what he’s been bringing to the creative table for more than 30 years.

It’s been a fiery road from those early days at The Comedy Store, where Mandel learned the ropes from the likes of comedy giants such as Richard Pryor  – he went from stand-up genius and working on the Emmy Award-winning TV show St. Elsewhere to delivering a heartwarming turn in a candid memoir, “Here’s the Deal: Don’t Touch Me,” which illuminated his ongoing struggle with OCD (obsessive-compulsive disorder) and ADHD (attention-deficit/hyperactivity disorder).

Currently seen as one of the humorous if not avuncular judges on the behemoth that is America’s Got Talent — he’s also executive producer and host of CNBC’s Deal or No Deal and headlines National Geographic’s Howie Mandel’s Wild’s Animals Doing Things with son Alex — Mandel takes a break from his busy schedule to share more with Palm Springs Life prior to his upcoming stage show at Fantasy Springs Resort Casino Aug. 3.

You’ve been in the creative flow for many decades. As you look back at your career, is there one mantra or credo that keeps you going?

Howie Mandel has been a judge on America’s Got Talent for nine seasons.

Was that driven into you when you were younger?

When I was younger it was considered a “problem.” It was ADHD and compulsiveness. I am very impulsive and jump before thinking but in my many decades in the business, it was worked out more positively than not. So, I’m going with the odds.

Are you surprised by the success of America’s Got Talent?

Yes. I’m just surprised that there is so much talent in this world. I’m surprised that this is even a job for me. What I am doing didn’t even exist when I started — watching talent. The show is in its 14th season; I’m in my 10th. But even before I was on it, I am doing what I was doing at home in my underpants. Now, they give me pants, a paycheck, and I get to do it in person.

What do you love most about being a judge?

I love being in the room where somebody’s hopes and dreams can come true within a matter of minutes and have their lives change forever.

Is talent, or comedy, today — getting out there — more challenging than 20 or 30 years ago? What’s changed?

It’s different. I think the challenge of getting out there and doing it are always the same as far as the level of the challenge, but the pathways are always different. When I was young, you had to get to The Comedy Store or L.A. and that’s where you were going to be seen and be launched from. Today, with the advent of social media, you could get worldwide recognition and not leave your house. Then again, not everybody has that opportunity. So you have to come up with something that is going to break through all the noise. Comedy is a little different today because of the political correctness. I loved it in ’70s and under the guys of stand-up comedy I watched … I saw people like Richard Pryor and saw him put together and build his act on the strip. Today, you have to be careful, because somebody in the audience could be recording you and it can be taken out of context. You could lose your whole career.

What’s makes you laugh most?

When you tickle me just above the hip.

Good to know. Who would say would be one of your biggest in life? 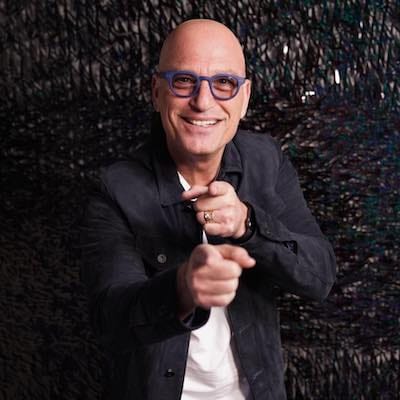 When you’re performing onstage, describe to me the feeling you have.

My best analogy — I love thrill rides. I love roller coasters. The higher it goes, the closer I think I am coming to death, the more fun it is. That’s the feeling I get the moment somebody says, “Ladies and gentlemen, Howie Mandel.”

We’ve come full circle now. It’s the same philosophy I gave you at the beginning, which is owned and copywritten by Nike, and which is, “Just Do It!” And that’s it. Because these opportunities come and they can go and may not come back. Everything is an opportunity. Somebody may say, “You only live once,” but isn’t really true. You only die once, and you have to live every day.