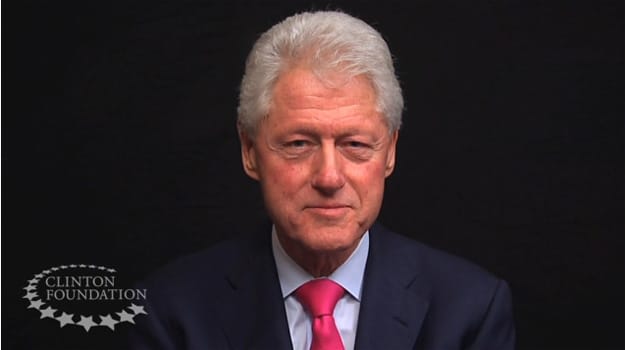 Known as the Bob Hope Classic from 1965 until this year, next month’s Humana Challenge PGA TOUR event, in partnership with the William J. Clinton Foundation, will feature lifelong well-being as its theme, challenging players, spectators and the general public to improve their health by making positive changes in diet, exercise and lifestyle.  During media day, the tournament partners released updated information on the revamped tournament structure and activities that will take place throughout tournament week, January 16-22, 2012.

Humana announced a far-reaching program that will launch during tournament week.  With a focus on participatory wellness, the company will work to foster sustainable changes for lifelong well-being among tournament attendees, as well as golf fans around the country.  This strategic initiative also includes an historic partnership with President Bill Clinton and the William J. Clinton Foundation.

“I am pleased that my Foundation, which works to prevent childhood obesity in the United States and strengthen health systems across the globe, has partnered with Humana and the PGA TOUR to promote wellness and carry on the legacy of Bob Hope and his tournament,” said President Clinton.  “The Humana Challenge is a reminder that everyone can and must play a role in building a healthier future for all.”

“At Humana, our dream is to help people achieve lifelong well-being,” said Mike McCallister, Humana’s Chairman and Chief Executive Officer.  “Humana is committed to making fun things healthy and healthy things fun, and the Humana Challenge is a great testament to this commitment.  We look forward to working together with our partners at the Clinton Foundation and the PGA TOUR to continue the great tradition set by Bob Hope, and to capitalize on the platform this tournament provides to help inspire people to live healthier lives.”

As the first major event during tournament week, President Clinton and his Foundation will host the Health Matters: Activating Wellness in Every Generation conference on January 17, 2012, in Indian Wells, Calif.  This conference builds on President Clinton’s post-presidency work through the Clinton Foundation, which has a mission to improve global health, strengthen economies, promote healthier childhoods, and protect the environment.

The Clinton Foundation Conference immediately precedes The Humana Challenge and highlights the tournament’s commitment to health and well-being.

“With Humana as our title sponsor and the Clinton Foundation as an essential partner, we have the platform and the opportunity to help people make positive changes that will enhance their well-being,” said PGA TOUR Commissioner Tim Finchem.  “We’re very excited about the evolution of this tournament, both on and off the course.”

·  In addition to the traditional pro-am taking place during the first three rounds (Jan. 19-21) of the Humana Challenge, 2012 will introduce two new tournament week pro-ams, including the “Couples Challenge Pro/Am,” a first-ever pro-am between couples on the PGA TOUR, and the “Bob Hope Legacy Pro/Am.”

·   As in previous tournaments, the Sunday, Jan. 22 final round will be pros only.

·  The Golf Channel will air live and replay coverage of the 2012 Humana Challenge tournament.

·  The 2012 Humana Challenge will use three courses: the La Quinta Country Club, PGA WEST Nicklaus Private and PGA WEST Palmer Private.  This is one fewer than the traditional four courses played in previous tournaments.

·  We are proud to announce that Academy Award® winner Morgan Freeman and Academy Award® nominee Don Cheadle have committed to participating in this year’s Pro-Am. In the coming weeks, the Humana Challenge will be announcing the names of additional key celebrities and PGA TOUR players who will participate in the 2012 tournament and tournament-week activities.

In order to create a long-lasting, positive effect on the La Quinta community, Humana will be hosting a variety of activities in the week leading up to the tournament including:

Building and donating a KaBOOM! Multi-Generational Playground in Thermal, Calif. in the Coachella Valley, which will help local children and adults alike stay active (Saturday, January 14, 2012).

During the Humana Challenge, a focus of activity will be to bring participatory well-being activities to the forefront and offer attendees opportunities to get involved:

Attendees will be able to learn about their fitness through biometric measurements at the Humana Well-Being Tour, along with an opportunity to participate in various interactive games.

Fans in attendance will have an opportunity to participate in the Humana Walkit® Challenge, a program for people to track their steps at the tournament using Humana pedometers.  Prizes for the most steps taken will be awarded throughout the week.

Visitors to the tournament will see an increase in healthy food options at concession stands.

The tournament winner will receive the “Bob Hope Memorial Trophy.”

The central area of the tournament will be “Bob Hope Square,” which will feature the trophy display, a photo tribute to Bob Hope and an array of well-being activities.

In honor of Bob Hope’s outstanding commitment to the armed forces, all military and families are invited to attend the Humana Challenge free of charge in the Humana Military Outpost Hospitality Tent and will be provided transportation from local military bases.

“Thanks in large part to Bob Hope becoming involved as tournament host in 1965, the tournament has generated more than $50 million, which literally has funded the construction of the Eisenhower Medical Center and has supported local Coachella Valley charities,” said Tournament Chairman Larry Thiel.  “These changes represent the evolution of this storied tournament and build on the wonderful tradition of world-class golf and giving in our community.”

Humana will launch a series of well-being initiatives during the Humana Challenge that will resonate nationally throughout the year, including other PGA TOUR stops.

Humana will be launching an expanded Humana WalkIt® program in which participants earn points for visiting various “check-in zones” and participating in healthy activities, such as eating designated healthy food items, taking steps to reduce stress, kicking bad habits such as smoking and staying hydrated.  Participants engaged in the program can earn rewards and other motivational incentives.

The Humana Well-Being Tour will launch at Bob Hope Square and will feature opportunities for people to participate in a variety of well-being activities, including stationary bikes, biometric screening stations and WalkIt registration.  Following the Humana Challenge, the tour will travel for eight months and include stops at other PGA TOUR events, Humana guidance centers, workplace wellness events, Humana KaBOOM! playground builds and First Tee chapters.