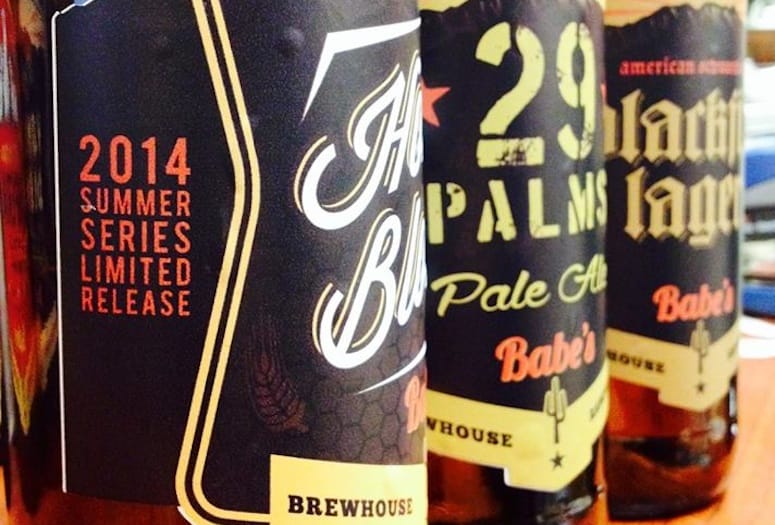 VIDEO: Watch as Art Vasquez from Babe’s Bar-B-Que and Brewhouse chats about the craft brewing process.

Whether you’re hungry or thirsty, both can be catered to at the Beer Culture: Craft Beer Weekend, Sept. 12-13, at the Ace Hotel and Swim Club in Palm Springs.

Babe’s Bar-B-Que and Brewhouse in Rancho Mirage will give you the chance to sample craft beer by itself or as an ingredient in a food offering.

Babe’s will be one of three local craft breweries at the Ace Hotel event, and is the oldest with 12 years under its belt compared to newcomers Coachella Valley Brewing Co. and La Quinta Brewing Co. Overall, more than 20 craft breweries will be on hand. The weekend schedule includes beer pairings with a four-course Chef’s Table feast on Friday followed by beer tastings and live music on Saturday. Tijuana Panthers, Beach Party, RT N’ THE 44s, and Pearl Charles and the Pipes Canyon Band are on tap.

“They really want participants to bring the best, most unique products they have,” says Vasquez.

“It is a German style ‘Schwarzbier’,” Vasquez explains, “which most people aren’t familiar with. When they see the color, they’re not really sure. So it’s exposing them to something they are not familiar with.”

The weekend’s best offering may be the comradery that the craft beer community shares.