Women moviemakers from both behind the camera and in front of it are ready to make a big showing at this year’s Idyllwild International Festival of Cinema, which runs March 5 -10. Organizers are also seeing an increase in diversity of racial and cultural themes among the 109 movie selections, according to festival founder and director Stephen Savage.

“In 2018 we reached an even level of women directors but in 2019 the numbers in almost all categories reflect that women are closing in on men rapidly in representation in the screenwriting, producing and cinematography of our awards categories,” Savage says.

“A woman who creates a gritty war film that would rival some of the most iconic Hollywood directors, plus gay-themed military stories and women struggling to make a difference in Third World environments have a very strong showing this year.” 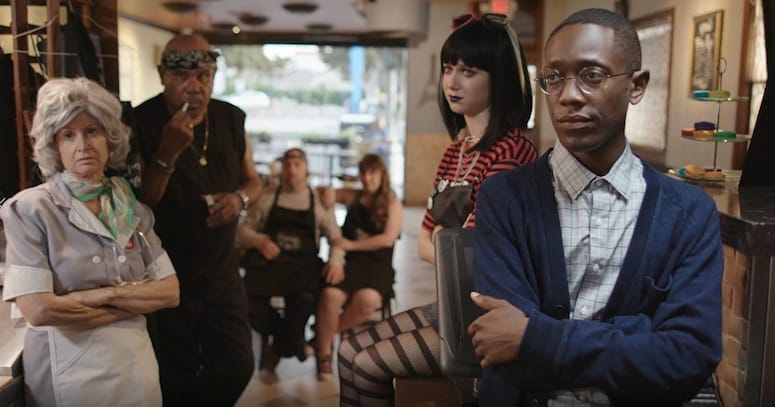 Linda Palmer returns this year with a film, Turnover, about an eclectic group of misfits who work at a cafe, plus a movie about poaching, Cat Dexx: Inkosi.

“I like to do movies that have some sort of social relevance,” the award-winning filmmaker says. “I wrote Turnover 10 years ago and we just started producing it about two years ago. The timing just seems to be perfect for the topics of inclusion and diversity.”

Palmer used two actors with Down syndrome, and there's a deaf storyline as well, plus an ex-con and racially diverse and older characters. The movie was filmed in an actual restaurant in Belmont Shore, Long Beach, where Palmer lives. Idyllwild audiences will remember her for her movies previously screened there: Our Father, Passage, My Name is Lamar, Last Call at Murray’s and Sienna’s Choice.

Turnover also has a local connection. One of its producers, Martina Webster, was a former co-producer of the Idyllwild festival. In 2018, she launched her own film festival in Show Low, White Mountain, Arizona.

Fifteen films are coming to Idyllwild this year from Iran, the United Kingdom, Canada and every continent, according to Savage.

All told, this year’s topics range from romance to grief, science fiction to a monster comedy, broken relationships, addiction, soldiers in Iraq, madness, transgender issues and true stories, such as a woman who defied Hitler’s Nazi Youth conscription to rescue her children and to help the Allies, plus a young woman with cystic fibrosis, poised to become a world champion.

The Rustic Theatre and Town Hall will again be Idyllwild venues. For movie trailers and ticket information, visit idyllwildcinemafest.com.