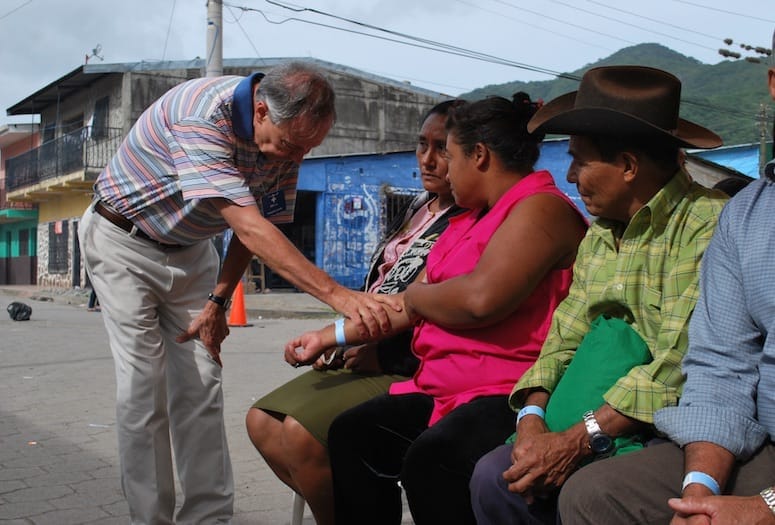 IMAHelps, the Rancho Mirage-based nonprofit, has produced a history book that documents the group’s efforts to bring healthcare, life-changing surgeries, and hope to impoverished people around the world.

A Vision of Hope: The First 20 Years of IMAHelps, reveals how the tragedies in the lives of Ines and Tracey Allen prompted them to create, nurture and sustain IMAHelps as a unique nonprofit with no paid staff. The group’s 130 volunteers use their vacation time and pay their own travel costs to participate in the missions, which have provided free medical and dental care to over 100,000 impoverished men, women, and children in nine countries, mostly in Central and South America.

Written as a volunteer effort by Jeff Crider, a former Desert Sun reporter, A Vision of Hope is packed with heartfelt stories that reveal the extent to which IMAHelps has not only changed the lives of its patients, but the lives of its volunteers. 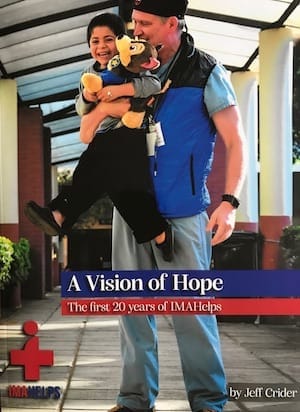 “Writing this book was a labor of love for me,” said Crider, a Palm Desert resident who has volunteered with IMAHelps since 2008, serving as a Spanish language interpreter for doctors and patients on more than 15 medical missions. “I have literally been on the front lines of these missions. So I have been in a unique position to witness many of the medical miracles that take place on these missions and to document the reactions of our patients and volunteers alike.”

IMAHelps volunteers have performed over 2,500 life-changing and life-saving surgeries, from cleft lip and club foot repairs to pacemaker implants and other critical surgical interventions. Its prosthetics team has fitted more than 400 patients in six countries with artificial limbs, enabling them to get up out of their wheelchairs and walk again.

The costs of printing A Vision of Hope have been underwritten by private donors, so proceeds raised from book donations can be used to purchase medicines and supplies for upcoming IMAHelps medical missions, which are scheduled for October in Quito, Ecuador, and July of 2022 in Guayaquil, Ecuador. IMAHelps is requesting donations of at least $40 for each book, which can be ordered by visiting the “store” at imahelps.org. 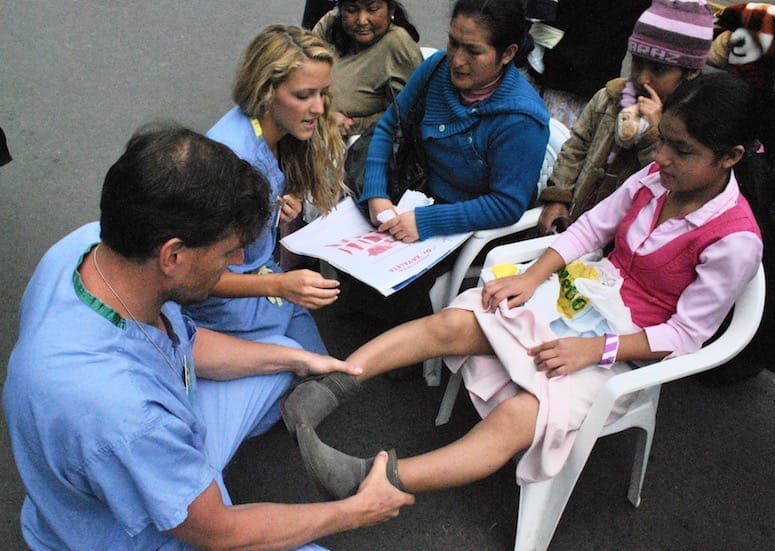 Following is an excerpt from A Vision of Hope: The First 20 Years of IMAHelps:

The IMAHelps team completed major life-changing surgeries during the 2013 mission to the impoverished coastal city of Huacho, Perú, including our first case removing massive tumors from a man who suffered from neurofibromatosis, which some people incorrectly call Elephant Man’s disease.

Two of our longtime volunteers partnered on the successful case, including Dr. Christopher Tiner, a plastic, reconstructive and maxillofacial surgeon from Pasadena, California, and Dr. Emilia Dauway, a general and oncologic surgeon originally from Long Beach who now practices in Australia. 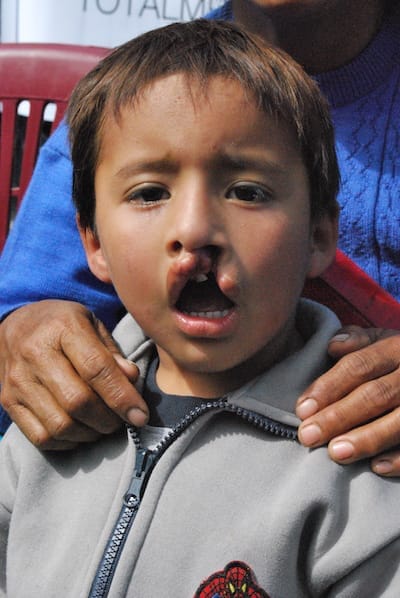 Roxanna was only 16 years old when she was brutally raped by a neighbor in her hometown of Carquín, Perú. Her attacker hit her so violently he thought he killed her and fled the scene. But Roxanna survived and managed to crawl to a roadway, where she was picked up by a man in a car who helped reunite her with her family.

When IMAHelps volunteers met Roxanna during their medical mission in Huacho, she was 23 years old and still suffering from the traumatic brain injuries she sustained in the attack, which left her unable to walk or write.

But IMAHelps volunteers gave Roxana new hope for the future. Dr. Carlos López, an internal medicine doctor from Rancho Mirage who grew up in Colombia, gave Roxanna a medicine used to treat patients with Parkinson's to loosen the rigidity in her muscles. He then referred Roxanna to Gloria Soto-Reyes, an IMAHelps physical therapist from Danville, California, who spent several days working with Roxanna and managed to get her out of her chair to take the first steps she had taken since the attack seven years earlier.

Elvia Oyola Chinga, Roxanna’s mother, shed tears as she watched her daughter stand up from her wheelchair and take the first steps she had taken in seven years.

Just two months before the IMAHelps volunteers arrived in Huacho, Roxanna had attempted suicide after Peruvian doctors told her nothing could be done to restore her ability to walk. Soto-Reyes herself fought back tears as onlookers familiar with Roxanna’s story watched her stand up and begin to walk again.

Roxanna would require months of physical therapy before she could walk normally again, but Soto-Reyes spent a week training her mother to work with her. She also gave the family a set of parallel bars that she had custom made for the mission in Huacho so that they could continue to help Roxanna practice walking at home.

For Roxanna, the training not only gave her hope, but, according to her mom, brought the first real smile she had seen on her daughter’s face in years. “I feel like the nightmare of not being able to walk is finally coming to an end,” Roxanna said.

Statistics from the 2013 mission to Huacho, Peru

• READ NEXT:  Jeff Crider Book Focuses on the History of Coachella.