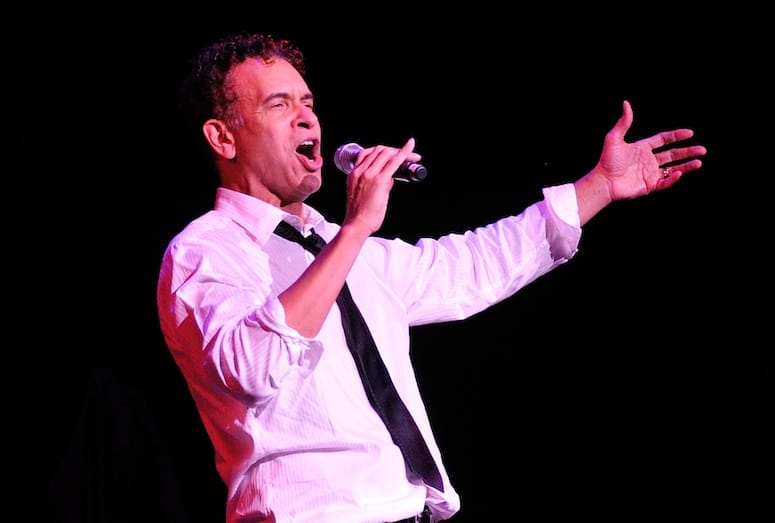 He often calls himself “the luckiest actor in the world,” but there have been times when Brian Stokes Mitchell — who visits the desert later this month for a private function in support of the Actors Fund and also performs at the McCallum Theatre on February 18 to benefit the College of the Desert Foundation  — has relied upon the assistance of the Actors Fund. The venerable charitable organization has been assisting entertainment professionals for more than 132 years.

Since its inception, the Actors Fund has benefited from the generosity of volunteers, members, and patrons such as the late actor Conrad Cantzen. In 1945, Cantzen left his estate to the Actors Fund to support others in the purchase of shoes. His belief held that “a good pair of shoes made a great first impression on casting directors.”

Stokes Mitchell remembers a time when he was about 20 years old preparing for an audition in Los Angeles when he received help from the Conrad Cantzen Shoe Fund, one of the various programs within the Actors Fund. The rest is, as they say in show business, history. Fans may recognize Brian Stokes Mitchell from his appearances on the show, Glee.

Stokes Mitchell is the multi-award-winning actor nicknamed the Broadway Baritone Extraordinaire. His triumphant cabaret, concert, television, and film career is a testament to his amazing hard work and musical skill. To highlight his contributions as an entertainer is a daunting task as his accomplishments are so prolific, but here are but a few:

• He won the Tony Award for Best Actor in a Musical for Kiss Me Kate in 2000.
• He was seen in the film Jumping the Broom in 2011.
• He’s appeared on Glee on shows between 2012 -2015.
• His celebrated concerts include appearances at America’s great venues including Carnegie Hall, The John F. Kennedy Center for the Performing Arts, and the Hollywood Bowl.

With his leading man reputation and talents, Stokes Mitchell continues to thrill audiences across the nation. Yet despite his accolades, busy work schedule, and family life, Stokes Mitchell champions the Actors Fund and continues to make its success a priority. He has served as organization spokesperson and chairman of the board since 2003.

“I’m happy, thankful, and blessed to do what I do,” Stokes Mitchell says about his efforts. “I’m the luckiest actor in the world because I’ve never had to do anything else. I’ve worked solely as a performing artist since I left home at 17 years old, and this is a rare and unusual thing. Philosophically, when the universe has been so good to me, I can’t say no when I’m asked to give back to it. Brian Stokes Mitchell (right) with Actors Fund President Joseph P. Benincasa when Benincasa received a Tony Honor for 25 years of service to The Actors Fund in 2014.

“Actually,” Stokes Mitchell says, “one of the things [the Actors Fund] struggles with is our name, because there is a perception that actors are associated with fame and wealth. The reality is that the great bulk of show business professionals are underinsured or work job to job. The Actors Fund is not just for actors. It supports anyone who has made their living in the performing arts: ticket-takers, agents, circus performers, singers, curtain-pullers — show business professionals in need.”

The Actors Fund services are extensive and include special programs such as:

“The Actors Fund is there when people need it,” Stokes Mitchell says proudly. “We’ve replaced instruments lost or damaged by hurricanes, we’ve paid folks’ rent. I’ve personally sought recommendations from the Actors Fund (Artists Health Insurance Resource Center), (another service provided within the organization,) regarding the selection of the best insurance plan for my family.  (The Actors Fund) is an outrageously wonderful organization. It makes the world a better place.”

Visit the Actors Fund website, http://www.actorsfund.org, for a complete overview of its many programs and services and information on how to get involved, volunteer or contribute to its causes.