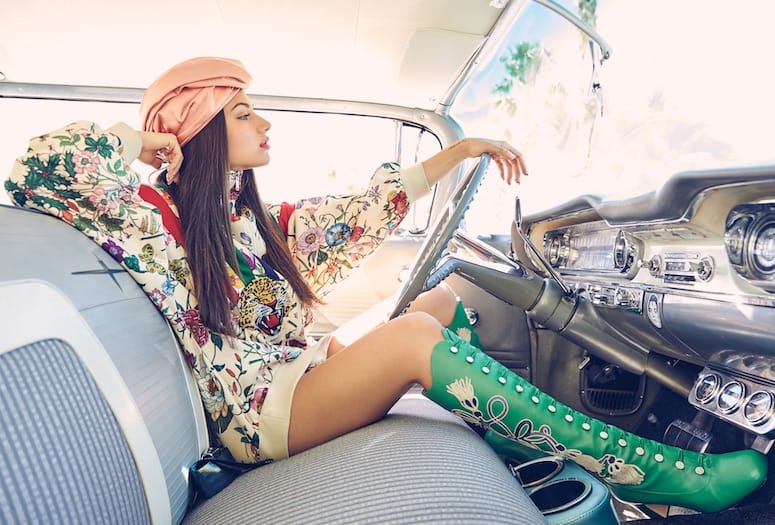 Villa Royale, a Class 1 Historic Site built in phases beginning in 1947, reopened in fall 2018 after a massive restoration. Current co-owner John Janulis keeps his 1960 Oldsmobile 88 parked by the entrance. The artist Indiangiver created the Elvis sticker on the dash and also painted the Sade mural on the hotel’s façade. Gucci jacket and boots, VS Turbans turban.
PHOTOGRAPHS BY GABOR JURINA | FASHION EDITOR AMY LU

Canadian-born actress and internet queen Inanna Sarkis, who turns 26 this month, moved to Los Angeles in 2016 to pursue acting. “Then I fell into the YouTube digital world,” she says. “I never thought about views. I just used it to tell my stories and what’s going on in my head; it gave me a chance to get comfortable behind a camera and understand what it takes to put together a production.”

Sarkis’ name went viral when she started sharing six-second Vine videos filmed with friends who had larger social followings. “We would meet up in alleyways and shoot content,” she recalls. That evolved into YouTube shorts she writes, directs, stars in, and produces as well as a budding career on the silver screen. Sarkis can be seen in After (released April 12), an adaptation of the coming-of-age romance novels by Anna Todd, and she recently wrapped a pilot series executive-produced by Channing Tatum and Jill Soloway for Amazon Prime called College (still waiting to be greenlighted at press time).

Palm Springs Life caught up with Sarkis poolside over piña coladas at Villa Royale in Palm Springs to talk about her YouTube empire, her new foray into fashion design with a line of fitted tracksuits, and her attraction to playing the villain.

VIDEO: Inanna Sarkis takes us behind the scenes on set at Villa Royale in Palm Springs.

Your first project to hit the big screen, After, premiered April 12. Congratulations!

It was so much fun making an actual movie. I am addicted now, and I just want to make films all the time.

Tell us a bit about the film.

It’s based on the books by Anna Todd — they’ve been pitching it as Twilight meets Fifty Shades of Grey for a younger audience. Anna Todd is such an awesome writer, and she’s created a huge fanbase with her books. This is her first film for them, and I’m so grateful to be part of it.

It’s a about a girl named Tessa who goes to college and is still a virgin. Basically, Tessa falls in love with the guy that I’m with, my boy toy, and I get annoyed and try to break them apart. I play a bitch, which is fun.

Do you enjoy being the antagonist?

I don’t know why I gravitate toward the villain roles — they’re so fun to play. I’m super shy, low-key. I hate getting put on the spot. But when it comes to acting, I get lost in the character. If you have a great team, and people make you feel comfortable, it’s fun to get lost in that world. I guess I prefer the villain to the girl-next-door type of character.

You produce your own short films, too, and they get millions of views on YouTube. How did you launch your channel?
It started with Vine. I would make videos with my friends — we were just bored and had downtime. Then it started turning into viral content. The reason I grew so fast was because all my friends had huge followings. I had 10,000 or so followers when I moved to L.A. [from Toronto], and they all had millions. At first, I thought these six-second things were dumb. Then I realized, Wait. This can actually be used to leverage what I want to do. So I started taking it seriously.

That experience seems to be paying off in projects with big-name attachments, including the Channing Tatum and Jill Soloway–produced pilot, College. Where do you hope to go from here?
I filmed the pilot in November in Ohio. Let’s hope it gets picked up! My goal this year is to [develop] and sell my own show; I’ve created a few that I’m pitching right now. I also have my own clothing line that I’ve been working on for the past year, so hopefully I launch that, and everything goes well.

What inspired the jump into fashion?
I’m such a tomboy, but I still want to look cute. I always wear guys’ track pants and tracksuits. They’re a little too boyish, though, so I’ve been trying to create the balance: a very comfortable tracksuit that you don’t wanna take off that still looks hot with heels. A tracksuit that you can wear out to dinner.

Your birthday is coming up on May 15! How will you celebrate?
I’m going to Bali!

READ NEXT: Click here to view additional features on fashion and style. 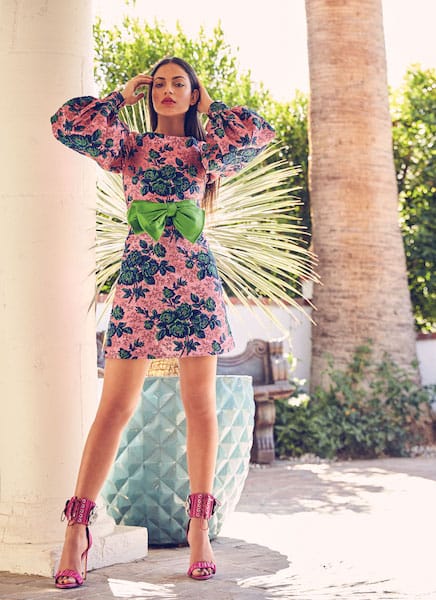 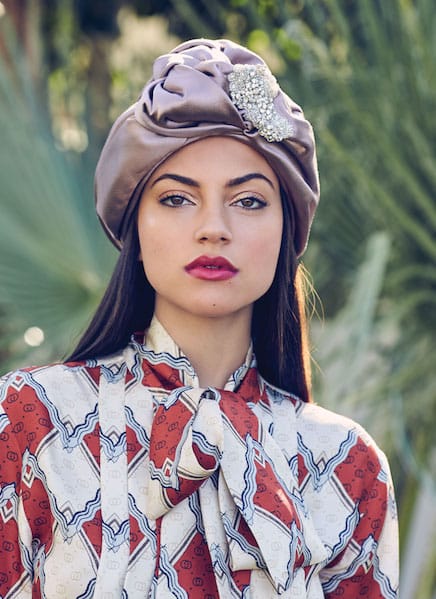 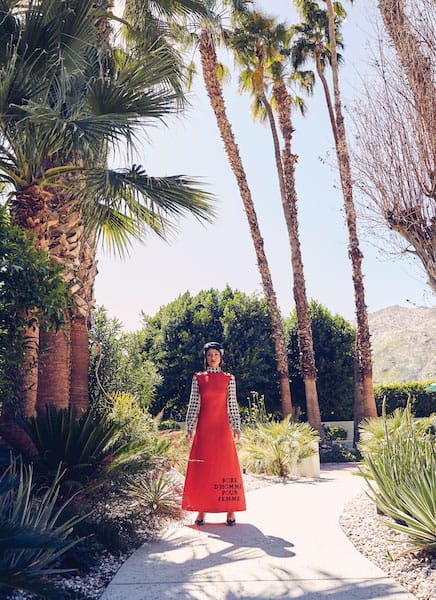 SECRET GARDEN: The property’s largest suite — the Evelyn Pell Villa, named after the original owner — features a private hummingbird garden and hot tub. Local lore attributes the inspiration behind the name Villa Royale to the initials of Pell’s children, Valorie and Richard. 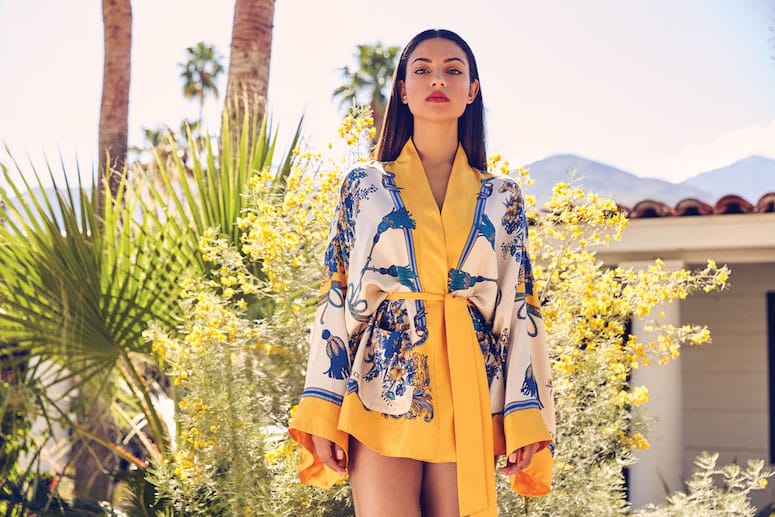 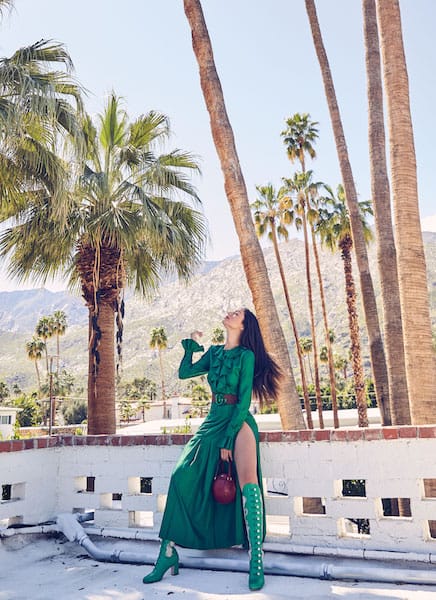 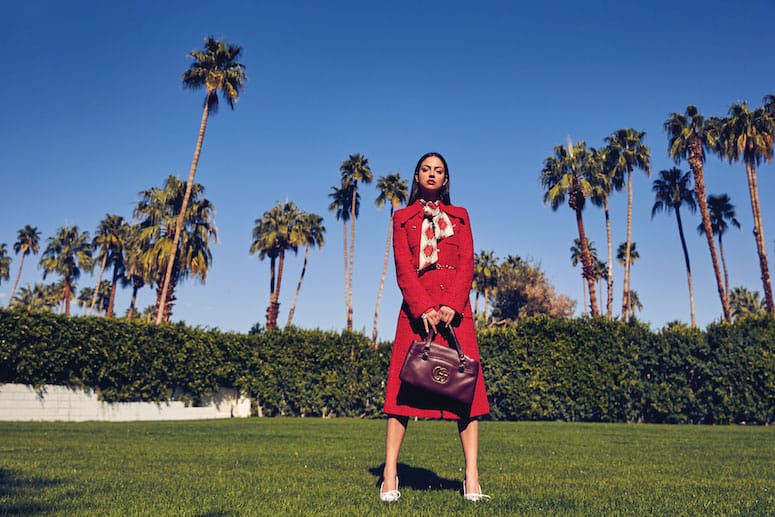 LOVERS AND FRIENDS: A 33,000-square-foot (dog-friendly) lawn regularly sets the scene for moonlit dinners, weddings, and other swanky events. Soon, a hidden rooftop deck — currently being revamped — will create another scenic space for guests to gather.