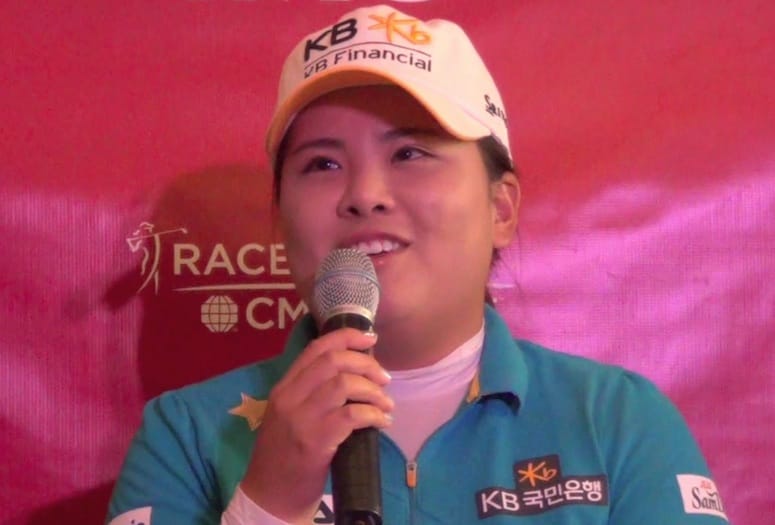 There are very few golf courses where competitors think about jumping in the pond.

Water hazards are generally avoided by golfers at all costs, especially professionals trying to win.

But not at the Kraft Nabisco Championship (formerly the Dinah Shore Open), which has had the allure of the winner jumping into Poppie's Pond for 25 years. (See related video: Leap Into Poppie's Pond Reaches Milestone)

One of the oldest PGA tournaments on the pro circuit and one of only two (the other is The Master's at Augusta, Ga., on the men's side) to use the same venue (Mission Hills Country Club in Rancho Mirage) for its entire run.

Last year's defending champ, Inbee Park, will be back to defend her crown, April 1-6. Kraft Nabisco was the first of three consecutive major championships Park won last year (the other two were the U.S. Open and the LPGA Championships). She is only the fourth LPGA Tour player to win three majors in a calendar year.

So Kraft Nabisco has a comfort level for Park that other courses may not hold.

"It feels very much like home specially with the special memories from last year," says Park during the March 12 Kraft Nabisco press conference.

"I have probably played 9-10 years at Kraft Nabisco in my career, and I always wanted to jump in the lake but didn't get the opportunity," she adds. "I thought if I could jump in the lake, that would be the best memory of my life."

VIDEO: Hear from Inbee Park on whether she pays attention to the leader board and how she maintains her composure on the course.