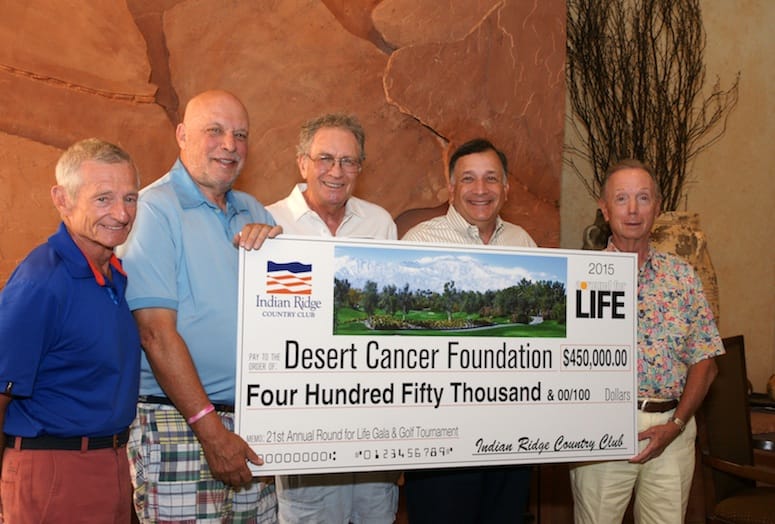 History is worth repeating, especially when it comes to raising funds to fight cancer.

Since 1994, Indian Ridge County Club in Palm Desert and its members have been the largest contributors to the Desert Cancer Foundation, a nonprofit organization that assists Coachella Valley residents who need financial assistance with screenings, diagnosis, and treatment for cancer and associated diseases.

On the ladies side, 120 women dressed in pink on March 31 to play in the Battle Against Breast Cancer at Indian Ridge Country Club. The women played either 9 or 18 holes of golf, and raffle prizes were part of the fund-raising efforts to help support the Desert Cancer Foundation.