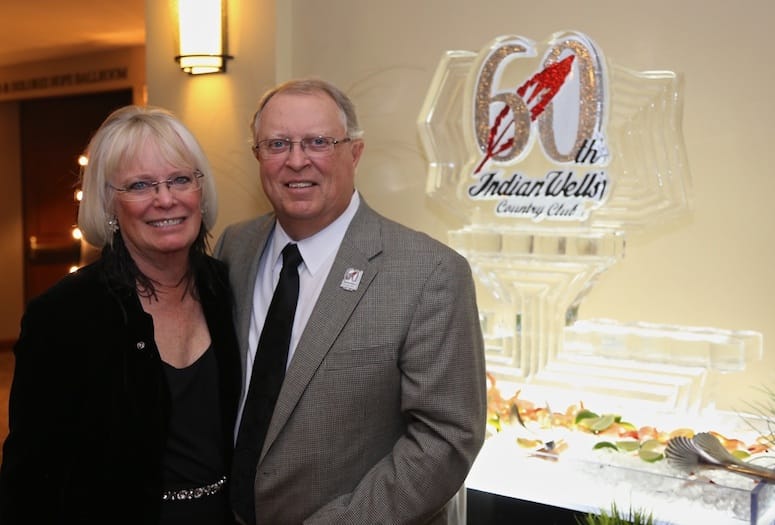 Gale and Toby Tobin were co-chairs of the 60th anniversary event.

This legendary club has attracted many Hollywood icons and sports figures over the years, including its founders. The club also hosted the Bob Hope Desert Classic for years, and marking that relationship will be the iconic Bob Hope golf cart on display through the year.

More than 350 people attended the gala called “The Gang is back…” celebrating its rich history with a bright future. Co-Chairs of the event were William “Toby” Tobin and his wife, Gale. Guests were greeted in true 1956 tradition by a red carpet, martini bar, a piano bar, gaming tables, an ice sculpture with a seafood bar, assorted food stations and “Dean and Frank” were the headliners for song and dance.

Earlier this same week at a reception, the club unveiled the 60th anniversary logo and a sign that will be lit all year, unfurled an anniversary flag, and dedicated the patio adjacent to Curci’s Grille, which is now called “Desi’s Deck” in honor of Desi Arnaz. A brass plaque was installed with the inscription “Dedicated to Desi Arnaz for his vision as a founding Member and Director of Indian Wells Country Club on the 60th Anniversary of the club.”

More 60th anniversary events are scheduled throughout the year including trivia night, a story telling night, and a Lucie Arnaz Luckinbill dinner show in March.