In the early years of the 20th century, Indio was a water stop for the Southern Pacific Railroad, little more than a dot on the desert landscape. To lure farmers and shopkeepers to the desert, the railroad printed a booklet extolling the virtues of the arid oasis and offered land at dirt cheap prices.

Fast-forward about 110 years and Indio, the largest city in the Coachella Valley, is known as the City of Festivals. It is considered the second county seat for Riverside County, and is a city with a bright future, according to Mayor Glenn Miller, Mayor Pro Tem Elaine Holmes, and City Manager Dan Martinez.

In the early years of the 20th century, Indio was a water stop for the Southern Pacific Railroad, little more than a dot on the desert landscape. To lure farmers and shopkeepers to the desert, the railroad printed a booklet extolling the virtues of the arid oasis and offered land at dirt cheap prices.

Fast-forward about 110 years and Indio, the largest city in the Coachella Valley, is known as the City of Festivals. It is considered the second county seat for Riverside County, and is a city with a bright future, according to Mayor Glenn Miller, Mayor Pro Tem Elaine Holmes, and City Manager Dan Martinez.

“There is a lot of stability here,” says Martinez of city leaders. “We have a City Council that has worked together for years and all have the same vision for the city.”

For the last six years, Indio has worked on a schedule of six-month strategic planning sessions in which ongoing and upcoming projects are scheduled, reviewed, and monitored. The process has given city staff an upper hand on bringing city projects to completion in a timely manner and bringing new business to the city. 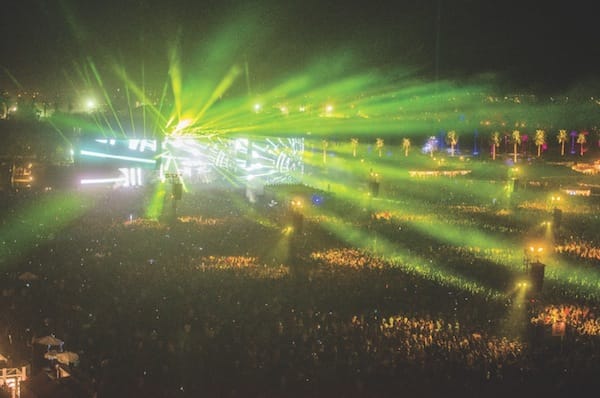 Throngs of people gather at the Coachella Festival main stage. 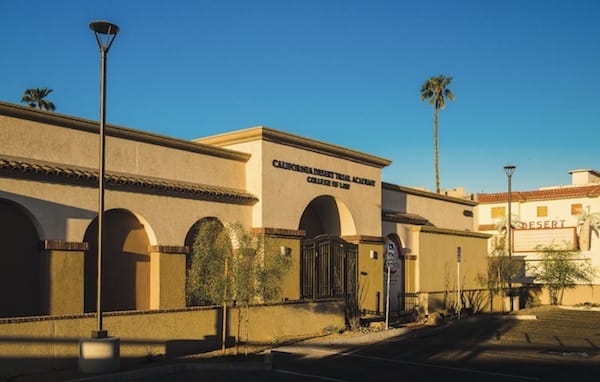 The valley’s first and only law school, California Desert Trial Academy College of Law, opened in downtown Indio in January 2016.

The partnership with event promoter Goldenvoice has blossomed, bringing more attention from international visitors and the media. The number of attendees for the Coachella Music and Arts Festival has been increased steadily from 60,000 at its inception to 125,000 per day anticipated in 2017. With the addition of this year’s Desert Trip for two weekends in October bringing more visitors to the city, more ancillary businesses are needed to accommodate the increased visitor traffic.

“At the moment we have four different hotels in different stages of development,” Martinez says. One, Fairfield Inn & Suites by Marriott, is in the process of plan check; a full service Hilton hotel with conference space is being proposed for the city’s north side; another is looking at land along the freeway; and a fourth will be located near Jefferson Street and Highway 111.

Vacation home rentals soar during concert season. “The city is looking at ways to regulate these rentals,” Martinez says. “We want to work with homeowners to monitor the houses so we don’t run into quality-of-life issues being faced in other communities.”

More rooms brings more revenue to the city through transient occupancy, sales, property, and business taxes. There are also new restaurants, fast food operations, and other support businesses that bring jobs to the area.

Indio is definitely growing — in all the right directions.

The East Valley Campus of College of the Desert is bursting at the seams, Martinez says. The campus has brought in portable classrooms. “They’re looking at adding another building,” he says.

Riverside County is investing in Indio with the county law building and new detention center. “The foundation is finally finished and we are starting to see the building itself,” Martinez says. Also, there are the California Desert Trial Academy of Law and the new military school operated by the Riverside County Education Academy that bring students from across the valley to Indio. Indio has also acquired land from an industrial business moving from downtown in order to spur new development. 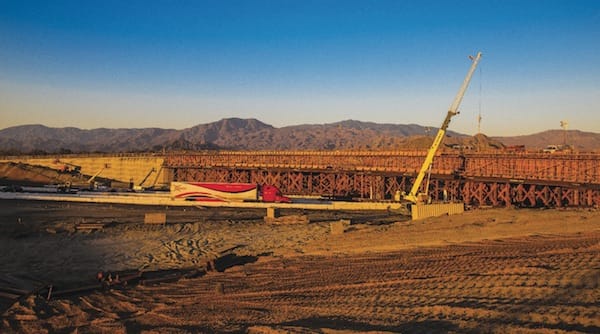 Construction at the Interstate 10 and Jefferson Street interchange is a major infrastructure improvement project to increase traffic volumes and improve traffic flow and safety to residents and millions of visitors who visit the city of Indio each year. Jefferson Street is one of the primary gateways to the city of Indio, and planned housing and commercial developments are underway along its corridor.

On the north end of the city, the Chrysler Dodge Jeep Ram dealership is still in its temporary location along Interstate 10, Martinez says. “They’ve got their plans approved and are in the process of building at the I-10 Auto Mall.”

A bit farther east along I-10 and north of the freeway is a proposed new development by Chandi Group USA known as Golf Center Village. Plans call for apartments, retail, and restaurants on the site; and construction of one of the few gas stations serving northern Indio has just been completed at the location as well.

Then there is the I-10 Jefferson Street interchange, Martinez says. “It’s going to give residents and visitors easier access to the city and make it a lot safer.”

Other street improvements that had been deferred in previous years are proceeding. The Highway 111 corridor improvements continue and other street projects are in the works, Martinez says, including revitalizing the old Route 99, the original main road through Indio before the I-10 was built. Those improvements will also celebrate the city’s past, he adds. 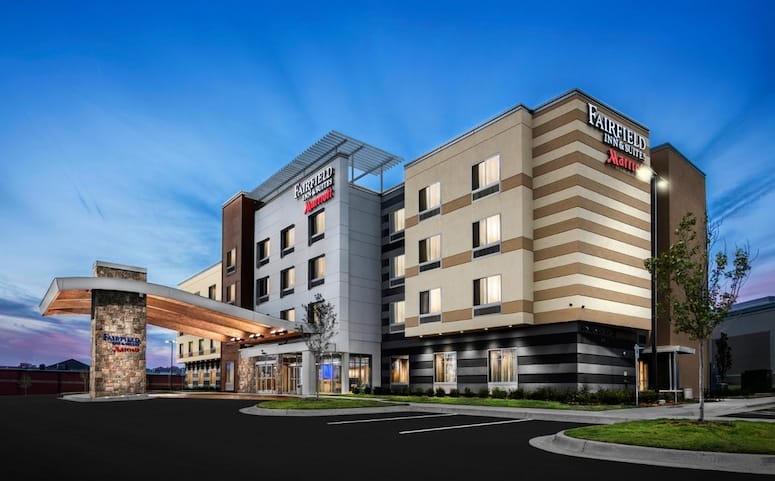 Marriott has planned construction of the Fairfield Inn & Suites in the city of Indio. The 1.4 million visitors who attend Indio’s festivals every year have created a huge demand for hotels, spas, and resorts in the region.

Not all of the city’s recent improvements are structures. Additional funding has been acquired to upgrade Miles Avenue Park with possible sports fields and play areas. And more than $1 million has been awarded to upgrade other parks throughout the city, including Burr Park, Dominguez Park, Dr. Carreon Park, Golf Center Dog Park, and Hjorth Park. “They are investments for the families of our community,” he says.

Another investment is hiring Carl Morgan as director of economic development to work with the development community, city staff, and local businesses to retain and bring new businesses to Indio. “His job is to identify what different businesses we need to attract and bring them to us,” Martinez says.

There are other changes in city personnel. Police Chief Richard Twiss has retired and Michael Washburn has been hired to replace him. Washburn is a 30-year Seattle Police Department veteran. “He has experience in community policing, and he’s excited to be in a smaller city department where he can be more hands-on,” says Martinez.

To keep students, business owners, and employees here, and to entice others to come to Indio after work means more places to live and be entertained, says Holmes. Although Indio has grown housing in many neighborhoods, the city’s center is still looking toward modernizing housing stock, she says.

Holmes, who has lived in the city for more than a dozen years and owns a business downtown, sees the need to revitalize the area while retaining its historic and cultural roots.

“We have preserved our local heritage at the Coachella Valley History Museum, which is home to the original 1909 schoolhouse, Date Museum, and refurbished Whittier Ranch water tower. The Coachella Valley Art Center has a world-class glass-blowing studio and features local artist installations, but we need to bring people back to downtown to live,” she says. “We need to find ways to keep people in the area after work by giving them things to do, and a place to socialize, watch sports or be part of the music and arts scene. We have so many great festivals but I would love to see one [in downtown] that celebrates our multicultural neighborhoods.”

Balancing the city’s history as the original agricultural and transportation center with the modern needs and vision for the residents and visitors is paramount, says Mayor Glenn Miller.

“Indio has a population of 89,000, and that’s almost double the next biggest city,” he says. “We need to find ways to expand the city, but we have to do it in a way that’s going to give value for the citizens and businesses in our city. Indio started out as a working-class city, and it still is. When I look at Indio, I see a beautiful city that welcomes everyone.”