Coachella’s smaller country cousin was born in 2007 and is now ranked the third most successful music festival in the U.S., with fans happily returning from Tennessee, Alabama, and Appalachia in RVs, choppers, and possibly on horseback year after year to see the tried-and-true headliners on the Mane stage.

Where Coachella shuns sponsorship, Stagecoach embraces the might and tradition of corporate America — expect to see lots of Coors Light and Ford signage; Toby Keith once performed with an American-made truck. It was literally on the stage with him.

1. When it comes to Stagecoach attire, do wear a big-ass hat. The more red, white, and blue, the better. A properly broken-in Resistol straw cowboy hat will earn you nods of approval from all. 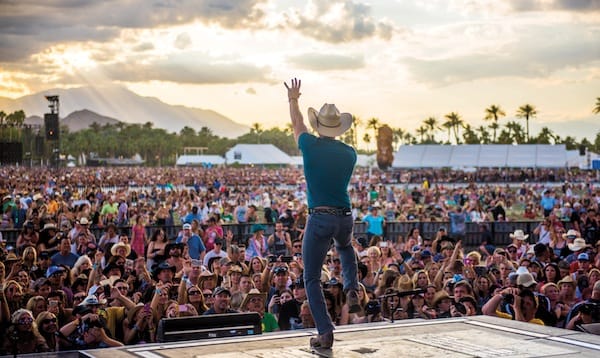 5. If the weather forecast shows wind, pick up a dust mask from Home Depot for $1 and stash it in your pocket. Your lungs will thank you.

We’re big fans of the shuttle pass approach. Around 35,000 guests are expected to be shuttled in and out of Stagecoach from various locations throughout the Coachella Valley. Visit www.valleymusictravel.com to join the shuttle party.

Since the event is only two-thirds the size of Coachella, the good news is that parking is proportionately less painful. The busiest traffic times for Stagecoach are usually between 4 and 6 p.m. on Friday and Saturday; we suggest going as early as you can. Day parking lots open at 9 a.m. on festival days.

You’ll see octogenarians partying alongside the millennials at Stagecoach. It’s definitely more family friendly than hipster. The Half-Pint Hootenanny children’s area now features a petting zoo and whip-cracking among the many offered activities. (Did you know Stagecoach has offered free general admission for kids with a paying adult since its inception?)

Mom will be pleased to know there are porcelain flushable toilets, lots of them. And while we advise against bringing chairs to Coachella (you’ll get trampled), Stagecoach is dotted with small chair encampments where groups will park themselves all day. Don’t go overboard, though — festival rules specify La-Z-Boy recliners and couches are prohibited.

Don’t forget to visit the HonkyTonk Dance Hall, where you can boot-scoot and two-step all day long in an air-conditioned tent. The hoedown is located in the terrace as you enter the festival. 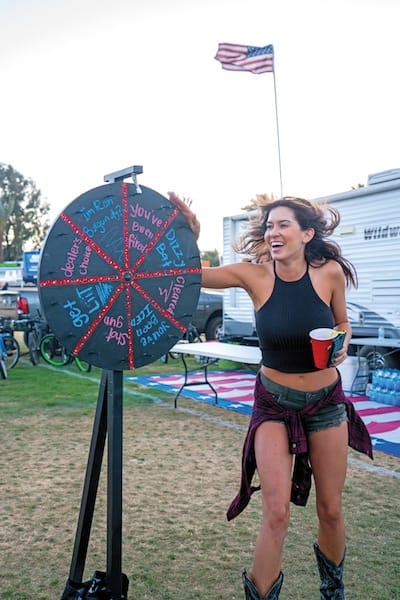 Barbecue and chili cook-offs by competing grill masters from across the nation will ensure your mouth never stops watering as the smoke from the fires wafts across the fields.

As is the case with Coachella, try not to experience the festival through your phone. Drink it all in, in a way that isn’t just about announcing where you are on social media. Don’t be one of those festivalgoers who forgets to make great memories because you’re too busy taking selfies. Also don’t be one of those festivalgoers who drinks a little too much in. On average, more arrests are made at Stagecoach than Coachella, primarily for alcohol-related incidents, including attempts at using poorly made fake IDs.

Stagecoach may be the smaller festival, but country fans drive bigger cars, which (we hope) will be easier to find at the end of the night.

Stagecoach fans also tend to have more money, which may make Ubering home for an ungodly rate a perfectly viable way to cap off the night. You’ll find Ubers and taxis at Avenue 49 and Monroe Street in the southwest corner of the venue.

Monday morning after the festival, enjoy the spectacle as a sea of motorhomes and trailers try to merge onto Interstate 10. To avoid being caught in the exodus, hit the road Sunday night right after the music ends and start dreaming of next year’s festival amid the brown craggy mountains on your way home.